Indian food delivery giant Zomato, which is working to explore the public markets later this year, has reached an agreement to invest $100 million in online grocer Grofers for about a 10% stake in the seven-year-old startup, according to a source and multiple others familiar with the matter.

The proposed investment values Grofers, which counts SoftBank as its largest investor, at over $1 billion. (Indian regulator, the Competition Commission of India, needs to approve the investment.) Zomato’s proposed investment is part of a broader round, in which others, including Tiger Global and SoftBank Vision Fund 2, are expected to chip in some capital. Zomato said it had no comment. 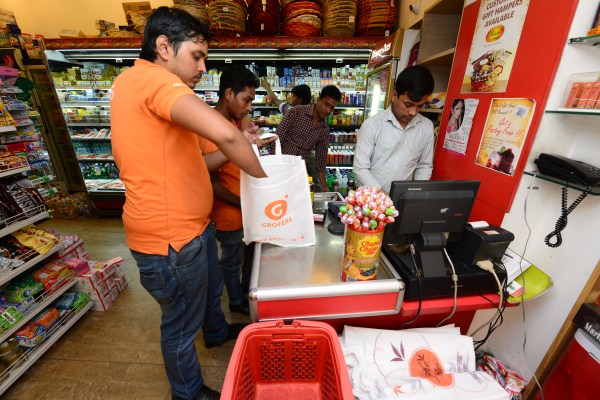 The leadership teams at Grofers and Zomato have long been close friends and began exploring this investment earlier this year. Both the firms are also open to the idea of Zomato acquiring a majority stake in Grofers in the coming quarters. However, the source told TechCrunch that a decision hasn’t been reached and won’t be fully explored until Zomato becomes a publicly-traded company.

Zomato, which acquired Uber’s Indian food delivery business early last year, has told some of its major investors that it envisions a future where the Gurgaon-based firm has expanded much beyond the food delivery category, the source said, requesting anonymity as the talks are private.

Grofers operates an online grocery delivery service in India. The startup has witnessed a sharp surge in its popularity in the past year as several Indian states enforced strict lockdown restrictions to contain the spread of the virus. The startup competes with BigBasket, which recently sold its majority stake to Indian conglomerate Tata Group.

“JioMart’s growth is a testament to its already loyal customer base, 80% of whom are repeat shoppers. JioMart New commerce aims to transform and grow the small merchant ecosystem so our merchant partners prosper. Over the past year, over 300,000 merchant or shopkeeper partners across 150 cities were enabled and empowered to transform their businesses both physically and digitally,” said Mukesh Ambani, the chairman of Reliance Industries, earlier this month.

In a note to clients earlier this year, Bank of America analysts estimated that the online grocery delivery market could be worth $12 billion in India by 2023.

“Competition is high in the sector with large verticals like BigBasket/Grofers and horizontal like Amazon/Flipkart trying to convert the unorganized market to organized one. Until recently, the No 1 player in the space was BigBasket, hitting $1 billion annualized GMV & selling over 300,000 orders every day. Reliance Industries also threw its hat with the company launching its JioMart app in May-20 across 200 cites,” they wrote.

Next generation AirPods and Macbooks are coming later this year