Short, snappy, entertaining videos have become an increasingly common way for young people to receive information. Why not learn English through TikTok-like videos too? That was what prompted Angelo Huang to launch Blabla.

Originally from Taiwan, Huang relocated to Shanghai in 2019 to start Blabla after working in Silicon Valley for over a decade. A year later, Blabla was chosen as part of Y Combinator’s 2020 summer cohort. The coronavirus had begun to spread in the U.S. at the time, keeping millions at home, and interest in remote learning was reviving.

“It was my eighth time applying to YC,” Huang, who founded two companies before Blabla, told TechCrunch during an interview. 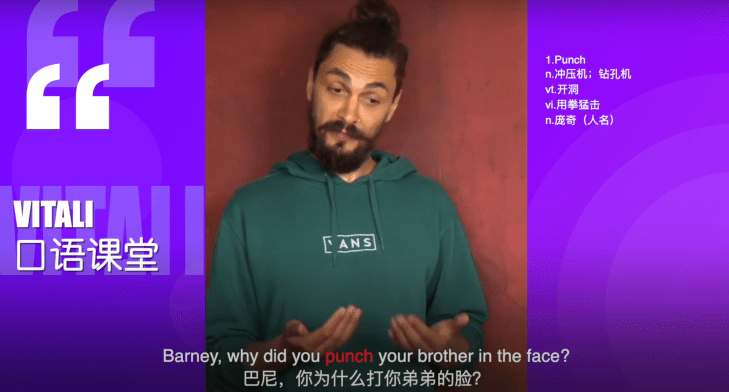 This week, Blabla announced it has raised $1.54 million in a seed round led by Amino Capital, Starling Ventures, Y Combinator, and Wayra X, the innovation arm of the Spanish telecoms giant Telefónica. While Y Combinator wasn’t mainly instrumental in Blabla’s expansion in China — one of the biggest English-learning markets — the famed accelerator was of great help introducing investors to the young company, said the founder.

The Blabla app pays native English speakers by the hour to create short, engaging videos tailored to English-learning students worldwide. The content creators are aided by Blabla’s proprietary software that can recognize and tag their scenes, as well as third-party translation tools that can subtitle their videos. The students, in turn, pay a subscription fee to receive personalized video recommendations based on their level of proficiency. They can practice through the app’s built-in speech recognition, among other features like speaking contests and pop quizzes.

The startup is in a highly crowded space. In China, the online English-learning market is occupied by established companies like VIPKID, backed by Tencent and Sequoia Capital. Compared to VIPKID’s one-on-one tutoring model, Blabla is more affordable with its starting price of 39 yuan ($6) a month, Huang noted.

“The students [on mainstream English learning apps] might have to spend several thousands of RMB before they can have a meaningful conversation with their teachers. We instead recycle our videos and can offer lessons at much lower prices.”

The app has about 11,000 weekly users and 300-400 paid users at the moment, with 80-90% of its total users coming from China; the goal for this year is to reach 300,000 students. The funding will allow Blabla to expand in Southeast Asia and Latin America while Wayra X can potentially help it scale to Telefónica’s 340 million global users. It will be seeking brand deals with influencers on the likes of TikTok and Youtube. The new capital will also enable BlaBla to add new features, such as pairing language learners based on their interests and profiles.

Blabla doesn’t limit itself to teaching English and has ambitions to bring in teachers of other languages. “We want to be a global online pay-for-knowledge platform,” said Huang.

WHO team arrives in Wuhan to investigate pandemic origins