A computer is an electronic device that processes information in the data inputted by the user and provides information. As a result, a computer is an electronic machine that follows the instructions given by the user. It can store, retrieve, and process data. You can use a computer to type documents, send an email, play games, and browse the web. You can use it to create spreadsheets, presentations, and even videos.

” Computer User by Input the data are Process, and the results Output provides as “ 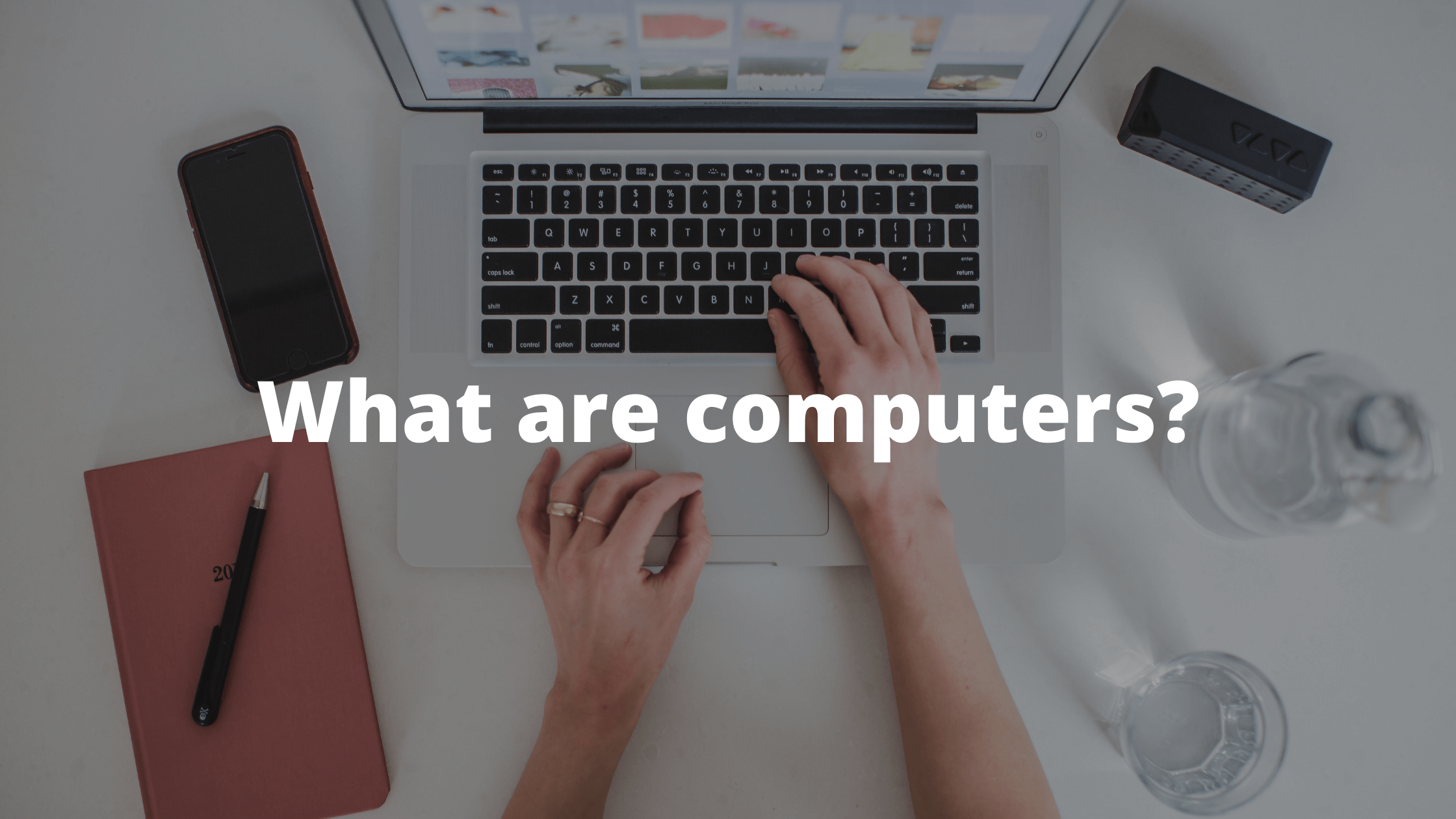 The word Computer has originated from the word “COMPUTE” in English, which means “to calculate”. Therefore, it is clear that the computer is directly related to the calculating machine; at present, its area has become very wide rather than limited only to computation. The computer due to its high storage capacity, speed, automation, efficiency, accuracy, versatility, reliability, remembering the power of our life. It is becoming essential in every field. Calculations can be done at a much faster pace in more quiet time by the computer; the results given by the computer are more accurate.

Nowadays computers are being used in every region of the world such as – space, film production, traffic, business, railway station, school, college, airport, etc. Whereas reservation of seats in airplanes, railways, and hotels is made by the computer, on the other hand, due to computers in banks, the work is being done with accuracy and speed.

Before talking about different types of computers, we know about two things common to all computers: hardware and software.

Hardware is any part of your computer that includes a physical structure, such as a keyboard or mouse. It also includes all the computer’s internal components, which you can see in the image below.

Software is any set of instructions that tell the hardware what to do and how to do it. Examples of software include web browsers, games, and word processors, etc. Everything you do on your computer is done by both hardware and software. For example, now you are viewing this text in a web browser (software), it is software and using your mouse (hardware) to click on a page, then the mouse is hardware.

When most people hear the term computer, they think of a personal computer such as a desktop or laptop. However, computers come in many sizes, and they perform many different tasks in our daily lives. When you withdraw cash from an ATM, scan groceries at the store, or use a calculator, it means that you are using a type of computer.

Many people use desktop computers at work, home, and school. Desktop computers are designed to be placed on a desk, and they are usually made up of a few individual parts, including a computer case, monitor, keyboard, and mouse.

The second type of computer you are familiar with is a laptop computer, commonly called a laptop. Laptops are battery-powered computers that are more portable than desktops, allowing you to use them almost anywhere.

Tablet computers — or tablet-handheld computers — are also more portable than laptops. Instead of a keyboard and mouse, tablets use a touch-sensitive screen for typing and navigation. The iPad is an example of a tablet.

A server is a computer that provides information to other computers on the network. For example, whenever you use the Internet, you are looking at a server stored on the server. Many businesses also use local file servers to store and share files internally.

Other types of computers

Smartphone: Many cell phones can do many things, including browsing the internet and playing games. They are often called smartphones.

Wearable: Wearable technology is a general term for a group of devices — including fitness trackers and smartwatches — designed to be worn throughout the day. These devices are often called wearables.

Game Console: A game console is a particular type of computer used to play video games on your TV.

TV: Many TVs now include applications or apps that allow you to access a wide variety of online content. For example, you can stream videos from the Internet directly to your TV.

Which Airlines Are Blocking Middle Seats During Holiday Travel?

How to Uninstall a Software in Windows 7?

Global demand for IT and business services highest...

Where now for storage? Dell EMC, NetApp and...

Check Out The Best Computer Tables In India!