Urban Decay Naked Wild West Eyeshadow PaletteUrban Decay Naked Wild West Eyeshadow Palette ($44.00 for 0.492 oz.) is a mixed bag. The right-most five shades were the best-performing palette, while the first seven were inconsistent but largely disappointing. The issue I had was in line with what I’ve experienced over the last year or two with the brand; the eyeshadows are just drier, thinner, and powdery, which often resulted in sheerer coverage, fallout, and faster fading. 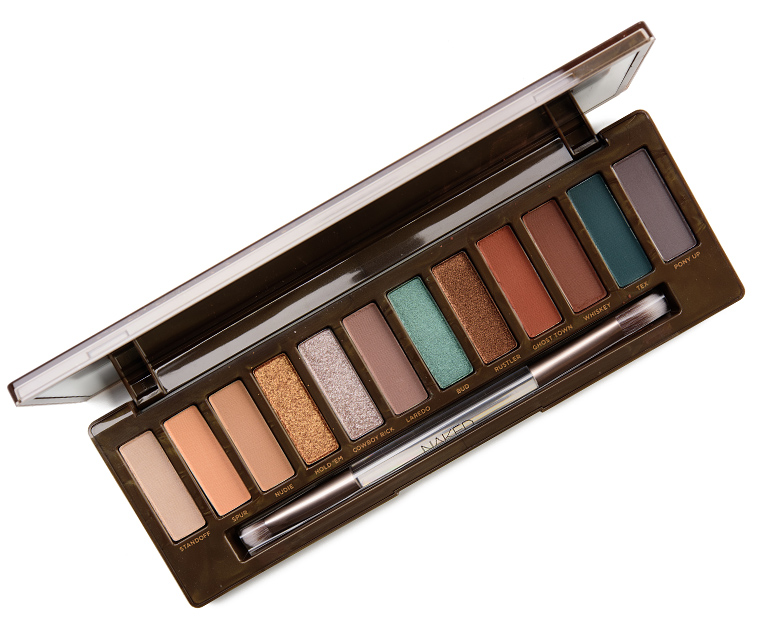 A standoff is a light-medium beige with warm undertones and a satin finish. It had just enough shimmer in it to look like a sheen on my skin but didn’t appear overly shimmery. It had a soft, moderately powdery consistency that had light fallout during application. It had opaque primary coverage but was prone to sheering out during application. This shade lasted well for seven hours before fading visibly.

The formula is typically described as “high-pigment” that “stays on your lids” and goes on “seamlessly.” Their permanent range has a lot of fantastic shades in it, and many of them are pigmented, blendable, and long-wearing. Some of their mattes are absolute workhorse kinds of shades with soft, smooth, silky, and blendable textures, while their shimmers and pearly shades are very rich in payoff and apply beautifully to the lid. They wear between seven and nine hours on me, depending on the shade and finish. Browse all of our Urban Decay Eyeshadow swatches.

Walk on the Wild Side With Leopard Boots...

How many shades do you prefer in an...

What was the last product you repurchased?

Are you more comfortable shopping for beauty online...

How does your makeup coordinate with your outfit?

How enthusiastic are you about makeup releases currently?

What’s been your go-to fragrance for spring?

Does your makeup routine change as temperatures get...