User experience has always been an essential factor in the success of an application, but in an increasingly digital-only world, its importance is only increasing.

If all goes perfectly, the user doesn’t think about what’s going on behind the scenes. When a button does what it’s supposed to when it’s clicked on, the user goes about their day, possibly even completing a transaction on the site. But when that button takes several seconds to do anything — or, worst-case scenario, never actually does anything — the user will be frustrated and perhaps jump to a competing site. 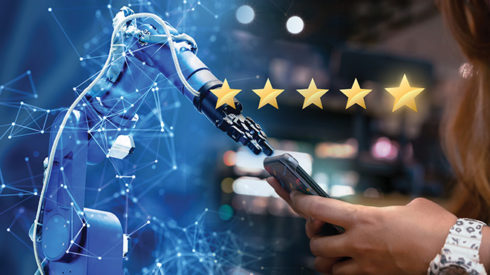 According to Eran Bachar, senior product management lead at software company Micro Focus, UI testing is the part of the process that tests for usability, which encompasses making sure that customers who will use the application understand the different flows. Another element of UI testing, especially in the web and mobile space, is testing user experience. “If you’re waiting more than two seconds for a specific operation to be completed, that can be a problem, definitely. The moment when you click on a button, when you click on an icon when you click on any element, you should have a very, very fast responsive kind of action,” Bachar said.

Clinton Sprauve, director of product marketing at testing company Tricentis, added: “The goal of UI testing is to understand all aspects from a UI perspective on the business process side, but also on the technical side to make sure there aren’t many things that are wrong from a functional testing point.”

UI testing may be the tip of Mike Cohn’s famous Testing Pyramid — a triangle that describes how long to spend doing each phase of testing — but that doesn’t mean UI testing can be ignored and just slapped onto the end of a testing cycle.

“I believe UI testing is too often an afterthought during product development and is often placed much too late in the development life cycle,” Jon Edvald, CEO, and co-founder of automation platform Garden. “It can be a serious drag on productivity and release cycles to do UI testing — and in fact any type of testing — too late in the process. The later an issue is discovered, the more costly the feedback loop becomes, with all the context switching involved and the terribly slow iteration speeds.”

One measurement that can be used to quantitatively measure user experience is Google’s Web Vitals. According to Guillermo Rauch, CEO of front-end web development company Vercel, these Web Vitals were the first metrics created that focused entirely on user experience. One Web Vitals is Largest Contentful Paint (LCP), which measures “how fast the meaningful part of the page took to load,” he explained. Rauch pointed out that everyone has likely visited a website where it looks like everything had loaded. However, the content is still being loaded, so images, videos, or sometimes text might show up five seconds after everything else.

“So this Largest Contentful Paint metric allows us to say how long did it take for us to load what the user is actually interested in? So when you talk about a visual storefront, it’s not just text, it’s also the picture of the coat that you want to buy,” Rauch explained.

First Input Delay is another Web Vital that measures how long it takes from the user pressing a button, for example, to the site reacting. “If I tap on ‘buy,’ is it reacting immediately? We take that for granted, but we’ve all been to websites where we tap, and it doesn’t do anything, so we kind of intuitively tap again. But a big percentage of users don’t tap again. So they just leave the website. We’re now starting to measure these user experience metrics very diligently,” Rauch said.