The U.S. is now averaging 100,000 new COVID-19 infections a day, returning to a milestone last seen during the winter surge in yet another bleak reminder of how quickly the delta variant has spread through the country. The U.S. was averaging about 11,000 cases a day in late June. Now the number is 107,143.

It took the U.S. about nine months to cross the 100,000 average case number in November before peaking at about 250,000 in early January. Cases bottomed out in June but took about six weeks to go back above 100,000, despite a vaccine that has been given to more than 70% of the adult population. 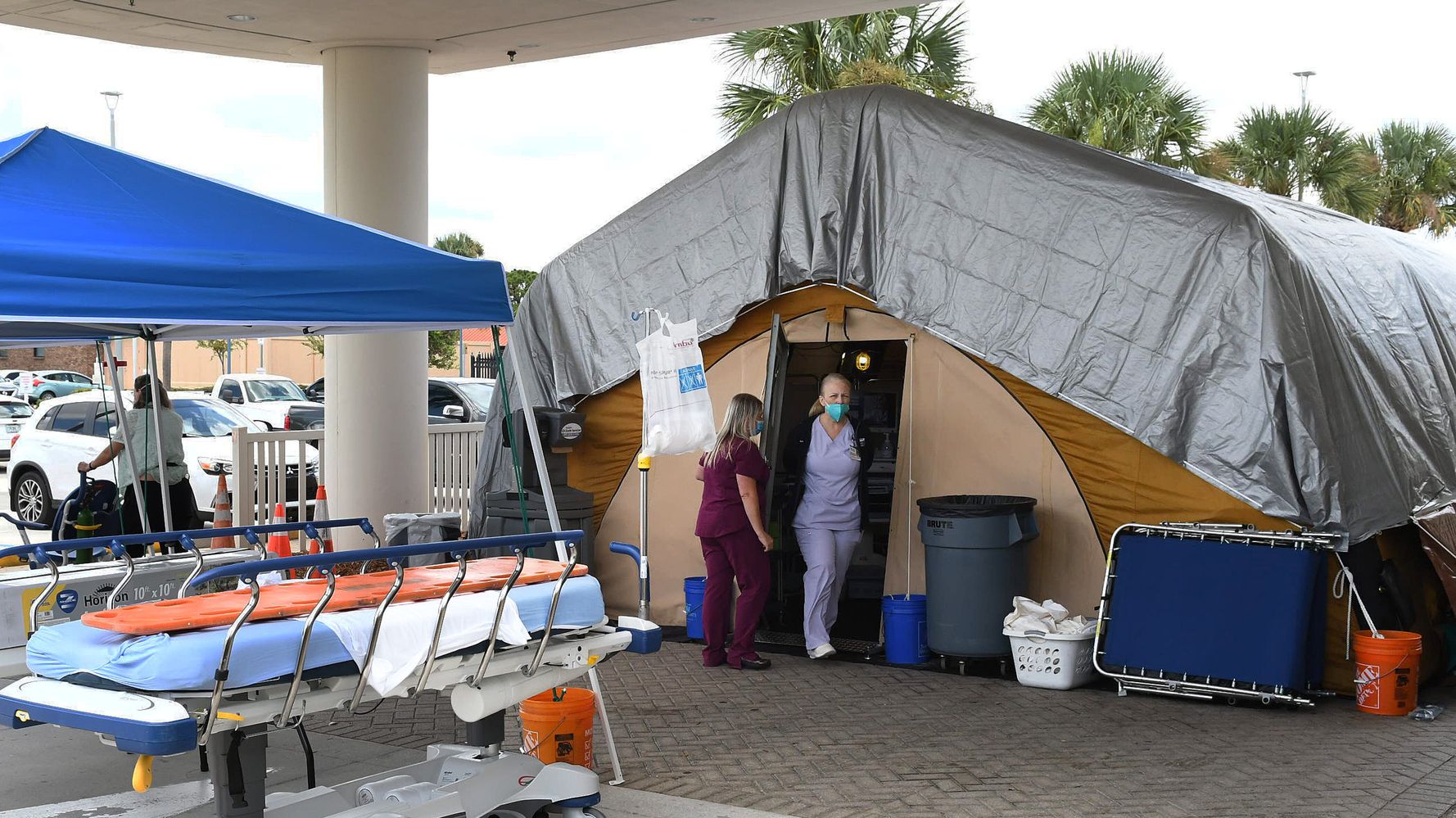 The seven-day average for daily new deaths also increased, according to data from Johns Hopkins University. It rose over the past two weeks from about 270 deaths per day to nearly 500 a day on Friday.

The virus spreads quickly through unvaccinated populations, especially in the South, where hospitals have been overrun with patients. Health officials are fearful that cases will continue to soar if more Americans don’t embrace the vaccine.

“Our models show that if we don’t (vaccinate people), we could be up to several hundred thousand cases a day, similar to our surge in early January,” Centers for Disease Control and Prevention director Rochelle Walensky said on CNN this week.

The number of Americans hospitalized with the virus has also skyrocketed. It has gotten so bad that many hospitals are scrambling to find beds for patients in far-off locations.

Houston officials say the latest wave of COVID-19 cases is pushing the local health care system to nearly “a breaking point,” resulting in some patients having to be transferred out of the city to get medical care, including one who had to be taken to North Dakota.

Dr. David Persse, the health authority for the Houston Health Department and EMS medical director, said some ambulances were waiting hours to offload patients at Houston area hospitals because no beds were available. Persse said he feared this would lead to prolonged response times to 911 medical calls.

“The health care system right now is nearly at a breaking point … For the next three weeks or so, I see no relief on what’s happening in emergency departments,” Persse said Thursday.

Last weekend, a patient in Houston had to be transferred to North Dakota to get medical care. An 11-month-old girl with COVID-19 and seizures had to be transported on Thursday from Houston to a hospital 170 miles (274 kilometers) away in Temple.

In Missouri, 30 ambulances and more than 60 medical personnel will be stationed across the state to help transport COVID-19 patients to other regions if nearby hospitals are too full to admit them, Missouri Gov. Mike Parson announced Friday. Calling all HuffPost superfans! Sign up for membership to become a founding member and help shape HuffPost’s next chapter.

Smoking Saved My Life. Here’s How.