Tucker Carlson’s ‘Sickening’ Vaccine Question Turned Right Back At Him

When Fox News host Tucker Carlson again attacked the coronavirus vaccines on Wednesday night, he framed it as a question. But it was a very misleading one.

This is a pattern Carlson has consistently followed when pumping out vaccine misinformation, as John Oliver on “Last Week Tonight” pointed out on Sunday.

Carlson, who has simultaneously peddled anti-vaccine fear-mongering while alleging he is “pro-vaccine,” misused data to claim people were dying from the shots at a rate “not even close to normal”:

Tucker claims that thousands of Americans have been killed after getting their COVID shots. “What is happening now for whatever reason is not even close to normal; it’s not even close to what we see in previous years with previous vaccines.” pic.twitter.com/dOSHMdF9hY 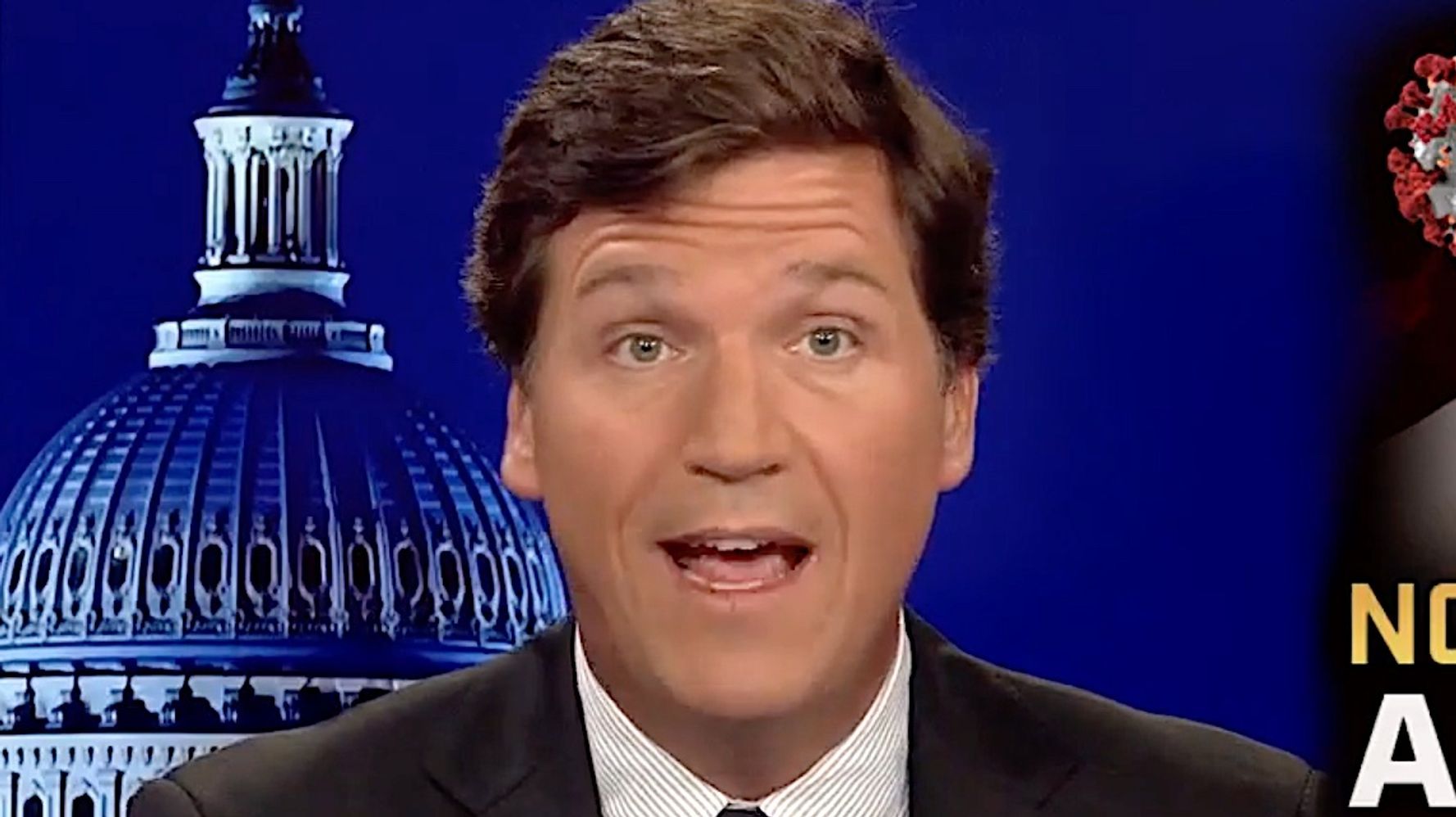 “How many Americans have died after taking the COVID vaccines?” Tucker asked as he provided numbers from the Vaccine Adverse Events Reporting System (VAERS).

Radiologist Pradheep J. Shanker, who focuses on health policy and is a contributor to the National Review, said on Twitter that the VAERS database allows anyone to submit a report for any reason.

“If you had a vaccine today and then had a heart attack unrelated to the vaccine, your death would be in VAERS,” Shanker wrote on Twitter. “Vaccinating hundreds of millions of people means that, by random probability, some people WILL DIE, and it has no relationship to the vaccine. That is simple math.”

Tucker, being an idiot, took that number of deaths and says they are related to the vaccine.

This, of course, is nonsense. But again, gullible people will believe these things because math and science aren’t exactly crystal clear.

Shanker said deaths linked to the vaccine were “sporadic” and praised the safety of the shot.  Craig Spencer, director of global health in emergency medicine at New York-Presbyterian/Columbia University Medical Center, also called out Carlson’s “pure, absolute stupidity” in a series of tweets:

Let me make this very simple for you, @TuckerCarlson.

We prioritized high-risk groups for vaccination. You know, like the elderly. As in, some of the same people whose risk of dying was actually just kinda high at baseline. Did some of them die after getting a vaccine? Yes.

Did some of them pass the day before they were gonna get vaccinated? Yes. Did either of those scenarios have anything to do with the vaccine? No. Show me that the death rate in those vaccinated was any higher than the baseline death rate.  It isn’t. In fact, it’s the opposite.

The death rate, especially in high-risk populations, dropped precipitously. Like, immediately. Covid19 was the third-leading cause of death last year. The fact that you frequently downplayed on your show. pic.twitter.com/LSUw2Gg4L8

Save your faux outrage. You’re either too smart to know better or too dumb to be talking with any authority to anyone about this, let alone millions of Americans. Your nightly lying and spreading of disinformation are responsible for more deaths than you attribute to the vaccine.

Many of Carlson’s critics slammed his comments on Twitter. Some even turned the question back at him and asked how many of his viewers had died after watching the show: If you made a big deal out of every old dude found dead in front of Fox News still on his TV, it would be like The Ring.

This is just remarkably deceptive, and he knows it. Does it even need to be said? “Died after” is not the same as “died because,” and there is ZERO research to support the idea that the thousands of Americans he’s talking about died because of the vaccine. https://t.co/xaHWMjdpLX

I wonder how many Americans have died after watching Tucker Carlson https://t.co/RDSwcniOxN

Unbelievably dishonest and knowingly so. Beneath contempt. https://t.co/bkLl9TRfRz

Fox News has done more to harm the United States in the last decade than any other single entity I can think of. https://t.co/ewrtntqyck

Tucker Carlson will cause people to die of #COVID19, all for the sake of his ratings. There’s nothing more to say about such dishonest, outright sociopathy. https://t.co/Ormf1ZDfzN

Dishonest punks like Tucker Carlson troll through the VAERS database and pretend not to know that it includes raw data of adverse incidents that happen after vaccines – whether caused by the vax or not – that scientists use to look for patterns. Anybody can post there. https://t.co/GO3p5Mw5HR

By Tucker’s criminally negligent logic, eight people died after he started talking. Eight people who were alive when Tucker began to speak in this clip were dead by the time the clip ended. Eight people died as Tucker continued to speak despite the deaths that were occurring. https://t.co/UROVgVBqWm

Now, I’m not going to speculate how many more people will die once Tucker starts speaking again, but if we use this clip as a base, he says five people will die for every minute. Why are we not allowed to ask questions about that?

The only way that telling these outrageous lies makes any sort of sense is if fox truly wants more Americans to die. This is absolutely sickening. Tucker Carlson and Fox News are dedicated to making the pandemic worse – and one must wonder if it’s just to hurt Biden. https://t.co/WFqv9rpMrP

Sickening. Tucker has blood on his hands for every person that dies of Covid after refusing to get vaccinated because of his show https://t.co/h0E419WOHM

.@TuckerCarlson just led his display tonight with these questions: “Do we know how many people have been killed from the vaccines? What do we really know about the vaccines?” What a coward.

What was the last skincare tip that changed your routine?