Toyota’s bZ4X BEV concept SUV started turning heads when it debuted at Auto Shanghai earlier this year, and its journey to the United States has already begun. The automaker confirmed yesterday that the concept vehicle has officially landed in its Plano, Texas headquarters. It plans to start selling the angular crossover in the US sometime next year. (Here’s hoping it gets less tongue twister-y name when it arrives.)

“Roughly the size of a RAV4, with the versatility to stand apart from other BEVs, it will be well-positioned in the sweet spot of the market,” said Lisa Matarazzo, VP of Toyota Marketing, in a press release. 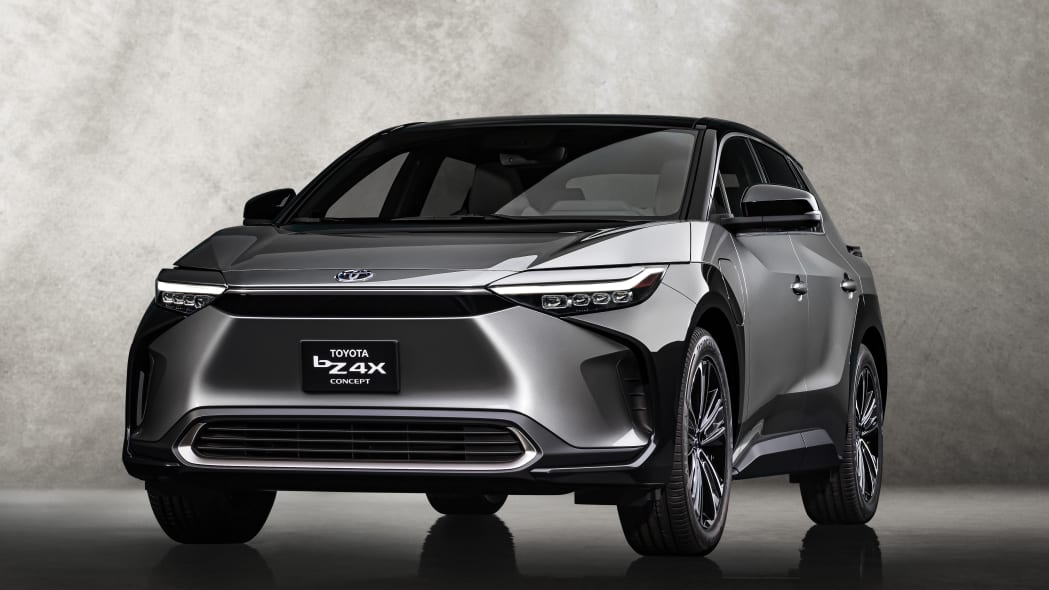 When you consider that Toyota routinely sells north of 400,000 RAV4s in the United States alone each year, it’s perhaps no surprise that the automaker expects the bZ4X BEV to do well around here. That said, some fundamental differences in design here give the bZ4X a more spacious, free-flowing feel — the instrument cluster is set to further back from the steering wheel than in most vehicles, and that sits a bigger-than-normal infotainment display and control cluster. The look isn’t relatively as minimal as what you’d find in, say, a Tesla, but it’s all quite a bit sleeker than the interior of a 2021 RAV4.

That clean, open cabin sits atop its new e-TNGA platform, developed in partnership with Subaru — Toyota reportedly contributed its expertise in EVs. At the same time, Subaru applied its considerable 4WD know-how. (To no one’s surprise, Subaru plans to ship an electric SUV of its own called the Solterra based on the same framework.)

As Toyota noted in 2019, the thee-TNGA platform was designed to be modular: the placement of the front and rear motors are fixed, as are the width of the battery and the driver’s position about the front wheels, but “wheelbase, number of batteries installed, overhangs, and other elements can be changed.” Unfortunately, Toyota hasn’t said much publicly about how fast its first e-TNGA EV can move, so we’ll have to wait until the carmaker gets a little chattier.

Boeing’s next Starliner test flight could be...