Apex.AI, a startup founded by Bosch veterans and automated systems engineers Jan Becker and Dejan Pangercic, has spent four years rewriting the robot operating system that will give automakers the tools to integrate the software within the vehicle and make sure all the applications run reliably. Now, freshly armed with a safety certification that validates its software development kit (SDK) is sophisticated enough to be used in production vehicles, Apex.AI has landed Toyota and Japanese tech startup Tier IV as partners.

Toyota’s Woven Planet Group is integrating the Apex. OS SDK into its own vehicle development platform called Arene. The Apex SDK will handle the safety-critical applications and speed up autonomous software development and ultimately bring it to production vehicles. In a separate deal announced Wednesday, Tier IV, a startup in Japan known as the original creator of open-source software for autonomous driving, called Autoware, said it will use Apex.AI’s software stack for safety-critical autonomous systems. 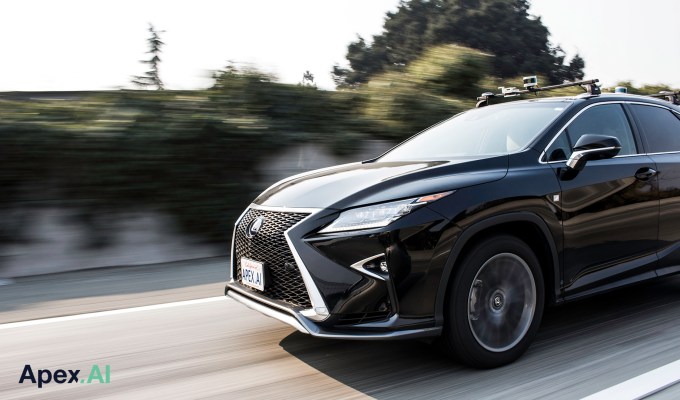 “A trend that has become obvious in the past year is to beat Tesla; car companies are aiming for what they call a software-defined vehicle,” Becker said in a recent interview. Automakers are moving away from distributing 100 electric control units (computers) throughout a vehicle and instead are having just a few high-performance computers with all the functions being implemented by the software, Becker explained.

That shift might mean hundreds or even thousands of software developers might be working on one vehicle. “And that really only works if they are all using the same interface, and not in silos,” Becker said. “And this is exactly what this SDK now enables. So it’s the first time with Apex.OS that there’s this common abstraction layer or SDK, which can address practically all functions in a vehicle.”

Apex’s toolkit has attracted the attention of private and strategic investors. In 2018, the company raised a Series A round of $15.5 million. Since then, the company has taken strategic investment from Airbus, JLR’s InMotion Ventures, Toyota, and Volvo Group. Becker wouldn’t disclose the amounts of those investments but noted the company is now raising for a Series B.

The roots of Apex.OS are the open-source Robot Operating System known as ROS that is commonly used for R&D projects and autonomous vehicles. Apex’s aim was to rewrite the code to handle functional safety and real-time processing. The SDK was recently certified by TÜV NORD for operational security. This means the technology is verified for use in production vehicles.

It was a longstanding belief that open-source code was not certifiable, according to Becker. The company spent a year working on the certification.

“If a software crash happens on your laptop, it’s inconvenient, but if the software crashes in any safety-critical function of a vehicle, it can be catastrophic,” Becker said. “This is why we set out to write reliable software that protects against system crashes or operation failures. The certification proves we accomplished our goal as our software targets failure rates so low that they cannot be expressed statistically.”