A new study underway at Toronto’s University Health Network (UHN), a group of working research hospitals in the city, could shift our approach to treatment in an area of growing concern in human health. The study, led by Dr. Heather Ross, will investigate whether the Apple Watch can provide early warnings about potentially worsening health for patients following incidents of heart failure.

The study, which is aiming to eventually span around 200 patients, and which already has several participants enrolled spanning ages from 25 to 90, and various demographics, will use the Apple Watch Series 6 and its onboard sensors to monitor signals including heart rate, blood oxygen, general activity levels, overall performance during a six-minute walk test and more. Researchers led by Ross will compare this data to measurements taken from the more formal clinical trials currently used by physicians to monitor the recovery of heart failure patients during routine, periodic check-ups. 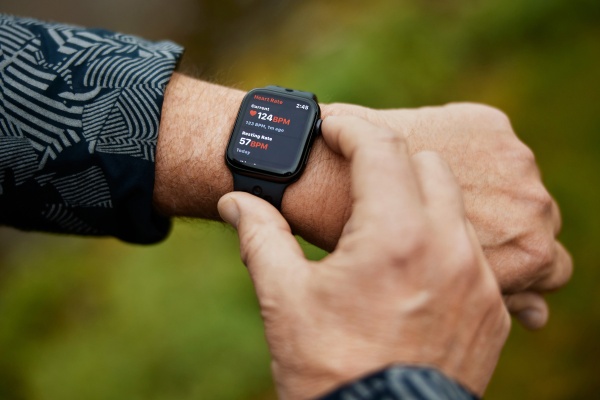 The hope is that Ross and her team will be able to identify correlations between signs they see from the Apple Watch data and the information gathered from the proven medical diagnostic and monitoring equipment. If they can verify that the Apple Watch accurately reflects what’s happening with a heart failure patient’s health, it has tremendous potential for treatment and care.

“In the U.S., there are about six-and-a-half million adults with heart failure,” Ross told me in an interview. “About one in five people in North America over the age of 40 will develop heart failure. And the average life expectancy [following heart failure] is still measured at around 2.1 years, at a tremendous impact to the quality of life.”

The stats point to heart failure as a “growing epidemic,” says Ross, at the cost of some “$30 billion a year at present in the U.S.” to the healthcare system. A significant portion of that cost can come from the care required when conditions worsen due to preventable causes – ones that can be avoided by changes in patient behavior if only implemented at the right time. Ross told me that currently, the paradigm of care for heart failure patients is “episodic” – meaning it happens in three- or six-month intervals, when patients go into a physician’s office or clinic for a bevy of tests using expensive equipment that must be monitored by a trained professional, like a nurse practitioner.

“If you think about the paradigm to a certain degree, we’ve kind of got it backward,” Ross said. “So in our thinking, the idea really is how do we provide a continuous style monitoring of patients in a relatively unobtrusive way that will allow us to detect a change in a patient status before they end up actually coming into hospital. So this is where the opportunity with Apple is tremendous.”

Ross said that current estimates suggest nearly 50% of hospitalizations could be avoided altogether through steps taken by patients, including better self-care, like adhering to prescribed therapeutic regimens, accurate symptom monitoring, monitoring dietary intake, and more. Apple Vice President of Health Dr. Sumbul Desai echoed the sentiment that proactivity is one of the key ingredients to better standards of care and better long-term outcomes.

“A lot of health, in the world of medicine, has been focused on reactive responses to situations,” she said in an interview. “The idea to get a little more proactive in the way we think about our own health is really empowering, and we’re really excited about where that could take us. We think starting with these studies to really ground us in the science is critical, but, really, the potential for it is something that we look forward to tackling.”

Desai has led Apple’s Health initiatives for just under four years and spent much of her career before that at Stanford (where she remains an associate professor) working on both the academic and clinical side. She knows first-hand the value of continuous care and said that this study represents the potential the company sees in Apple Watch’s role in the daily health of individuals.

Huawei Mate X2: Everything we know so far

Chefclub raises $17 million to expand its...