On Sunday, a top U.S. health official called for the implementation of additional vaccine mandates nationwide, pointing to the surge of COVID-19 cases in recent weeks.

National Institutes of Health Director Dr. Francis Collins said during an appearance on ABC’s “This Week” that the mandates would make a difference in the fight against COVID-19, despite grumblings from Republicans and far-right activists who claim such measures infringe on their rights. 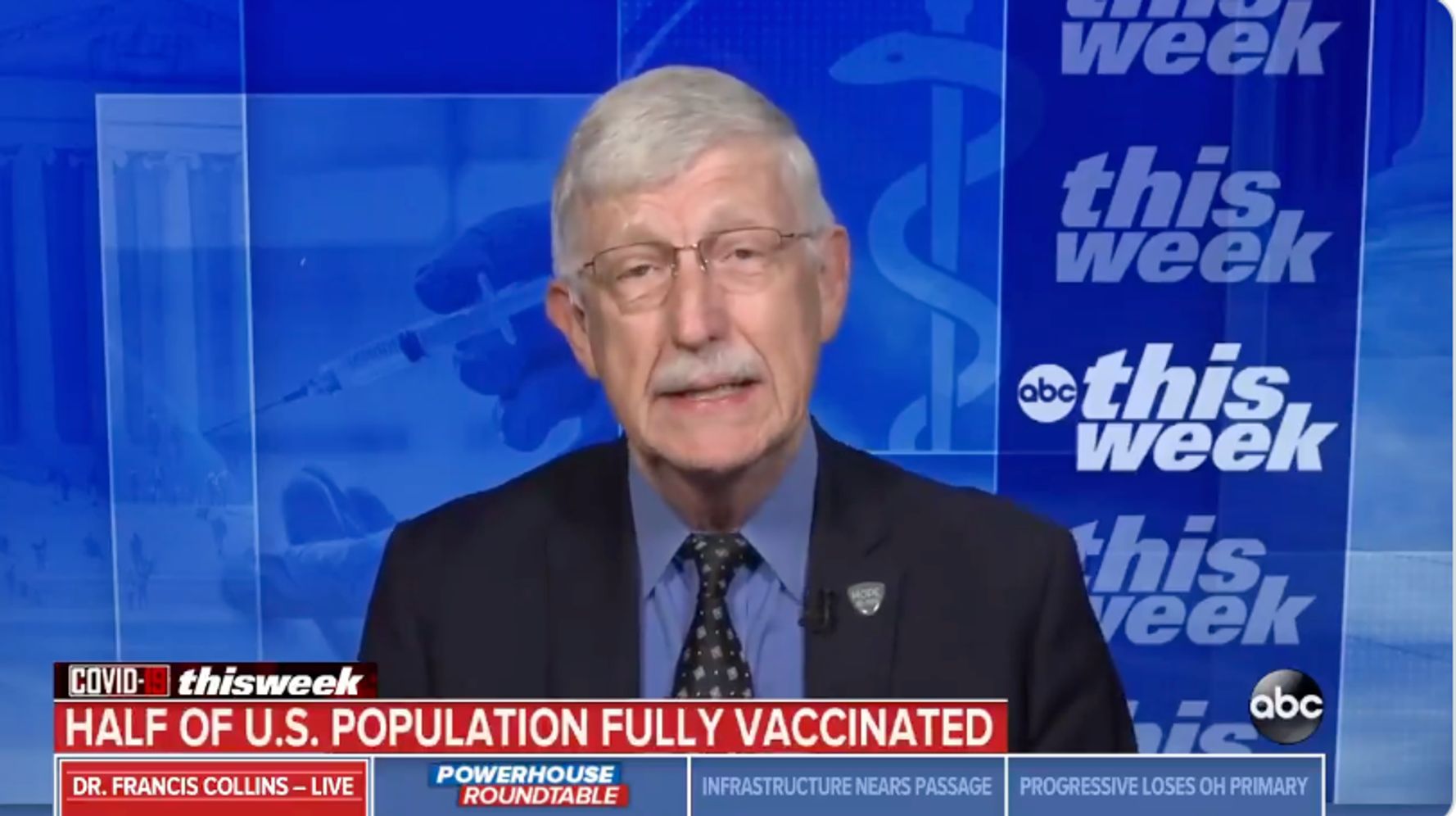 Collins said the government “ought to use every public health tool that we can when people are dying” when asked if it was time for more vaccine mandates.

“That’s obviously a hot topic,” Collins said. “For me, as a non-political person, as a physician, as a scientist, the compelling case for vaccines for everybody is right there in front of you. Just look at the data.”

“And certainly, I celebrate when I see businesses deciding that they’re going to mandate that for their employees,” he continued. “Death rates are starting up again. … We ought to be thinking of every possible intervention.”

.@gstephanopoulos: “Is it time for more vaccine mandates?” @NIHDirector Dr. Francis Collins: “Yeah, I think we ought to use every public health tool that we can when people are dying.” https://t.co/OFn9QFfihK pic.twitter.com/d7ajJA2nxC

As some health officials originally predicted, just over half of the U.S. population was fully vaccinated as of Sunday ― a far cry from the 60 to 70% of the population needed to reach herd immunity. Scientists have begun to shift their thinking on the matter, now saying that herd immunity in the U.S. is all but impossible given vaccine hesitancy among some communities.

As COVID-19 cases continue to climb across the country, particularly in the South, at least 16 states have banned vaccine mandates in some form. Most of those policies only apply to state and local governments, meaning private schools and employers can still implement directives.

A growing number of major companies, including Netflix, Walmart, and Microsoft, have implemented vaccine requirements for employees. Though several teachers’ unions have spoken out against vaccine mandates, Randi Weingarten, president of the American Federation of Teachers, the most prominent teachers’ union in the country, called for such appointments during an interview Sunday on NBC’s “Meet The Press.”

“As a matter of personal conscience, we need to be working with employers on vaccine mandates,” Weingarten said. As of Sunday, at least eight states have banned mask mandates in public schools. Collins told ABC that children having to wear masks is a “small price to pay” to ensure they can go back to in-person learning. He encouraged parents to “think about masks in the way that they ought to be thought about.”

“This is not a political statement or an invasion of your liberties,” Collins said. “This is a lifesaving medical device. And asking kids to wear a mask is uncomfortable, but you know kids are pretty resilient.”

“We know that kids under 12 are likely to get infected, and if we don’t have masks in schools, this virus will spread more widely,” he continued. “It will probably result in outbreaks in schools, and kids will have to go back to remote learning, which is the one thing we really want to prevent.”

“Think about masks in the way that they ought to be thought about: this is not a political statement or an invasion of your liberties. This is a lifesaving medical device.” https://t.co/KfLFZu3Wd8 pic.twitter.com/G6BtGJxemH