Briq, which has developed a fintech platform used by the construction industry,  has raised $30 million in a Series B funding round led by Tiger Global Management.

The financing is among the most extensive Series B fundraises by a construction software startup, according to the company, and brings Briq’s total raised to $43 million since its January 2018 inception. Existing backers Eniac Ventures and Blackhorn Ventures also participated in the round. 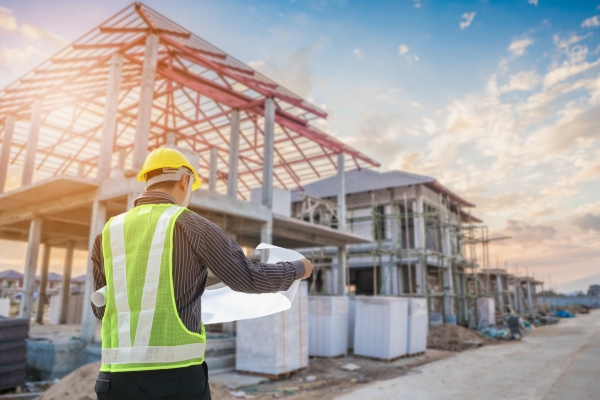 Briq describes its offering as a financial planning and workflow automation platform that “drastically reduces” the time to run critical financial processes while increasing the accuracy of forecasts and financial plans.

Briq has developed a toolbox of proprietary technology that allows it to extract and manipulate financial data without using APIs. It also has developed construction-specific data models that will enable it to build out projections and create models of how much a project might cost and how much could conceivably be made. Currently, Briq manages or forecasts about $30 billion in construction volume.

Put simply, Briq aims to allow contractors “to go from plan to pay” in one platform to solve the age-old problem of construction projects (very often) going over budget. Its longer-term, ambitious mission is to “manage 80% of the money workflows in construction within 10 years.”

The company’s strategy, so far, seems to be working. From January 2020 to today, ARR has climbed by 200%, according to Hamdy. Briq currently has about 100 employees, compared to 35 a year ago.

Briq has 150 customers and serves general and specialty contractors from $10 million to $1 billion in revenue.  They include Cafco Construction Management, Westcor Companies and Choate Construction, and Harper Construction. The company is currently focused on contractors in North America but does have long-term plans to address larger international markets, Hamdy told TechCrunch.

Hamdy came up with the idea for Santa Barbara, California-based Briq after realizing the vast amount of inefficiencies on the financial side of the construction industry. His goal was to do for construction financials what Procore did to document management and PlanGrid to construction drawing. He started Briq with his own cash, amassed through secondary sales as Procore climbed the ranks of startups to become a construction industry unicorn.

“I wanted to figure out how to bring the best of fintech into a construction industry that really guesses every month what the financial outcomes are for projects,” Hamdy told me at the time of the company’s last raised – a $10 million Series A led by Blackhorn Ventures announced in May of 2020. “Getting a handle on financial outcomes is really hard. The vast majority of the time, the forecasted cost to completion is plain wrong. By a lot.”

In fact, according to McKinsey, an astounding 80 percent of projects run over budget, resulting in significant waste and profit loss. So at the end of a project, contractors often find themselves having doled out more money and resources than initially planned. This can lead to negative cash flow and profit loss. Briq’s platform aims to help contractors identify outliers and which projects are more at risk.

Throughout the COVID-19 pandemic, Briq has proven to be “extremely valuable” to contractors, Hamdy said. “In an industry where margins are so thin, we have given contractors the ability to truly understand where they stand on cash, profit, and labor,” he added.

iOS 15 is official: everything you need to know

TechCrunch Experts, creative testing and how to...

Get Your Professional Look On with This...