The battery IP is the result of “multiple players,” a Lilium spokesperson told TechCrunch, but the manufacturing will be the sole job of Customcells. While Lilium declined to specify the number of battery systems as part of the agreement, it confirmed that Customcells will be manufacturing guaranteed capacity until 2026. 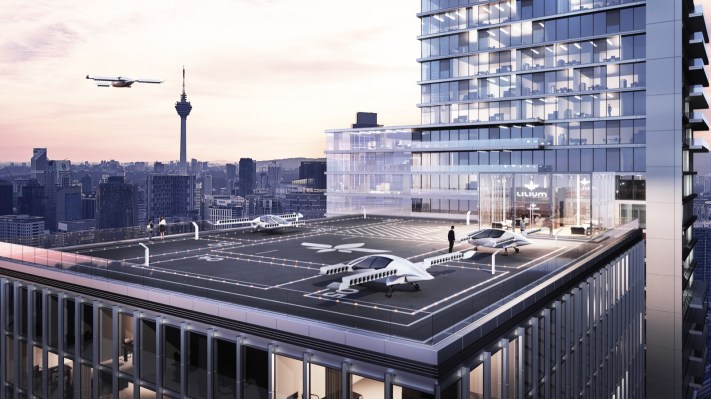 This is just the latest partnership Lilium has announced in recent months as it prepares to shift into component and vehicle testing. The Munich-based eVTOL company has developed an international network of partnerships with suppliers like Japanese company Toray Industries for carbon fiber composite, Spanish aerospace supplier Aciturri for the Jet’s airframe, and Palantir Technologies of its investors for software services. In June, Lilium added aerospace manufacturing giant Honeywell to its Jet’s flight control and avionics system.

Lilium’s decision to outsource significant components to established manufacturers depart from many other leading eVTOL developers, like Joby Aviation, which has chosen to keep much of the engineering and production in-house. The strategy has a few advantages. For one, Lilium doesn’t have to spend millions – possibly hundreds of millions over time – in manufacturing facilities or production and testing equipment. But the key advantage, Lilium executives suggest, may lie with the certification process.

Like other eVTOL manufacturers, the Lilium Jet must receive regulatory approval from the European Union Aviation Safety Agency and the Federal Aviation Administration to operate commercially in the EU and U.S., respectively. In line with other major would-be players in the industry, Lilium has set an ambitious target of 2024 for commencing commercial operations. Established aerospace suppliers may use components that have already achieved a minimum performance standard recognized by regulators, saving time in the certification process.

“Collaborating with experts, an aerospace partner is a deliberate choice for us,” Lilium’s chief program officer Yves Yemsi told TechCrunch earlier this year. “It will help us to reduce our time to market and still be safe.”