There’s been lots of buzz about President Joe Biden’s health care agenda and which proposals he’s going to make a priority. But almost nobody is talking publicly about an idea that could do a ton of good: Getting health insurance for the low-income people who are part of what’s come to be known as the “Medicaid gap.”

According to estimates, there are about 4 million of these Americans ― many of them food servers or retail clerks, parts of the child care workforce, or, in some cases, among the ranks of the unemployed. And they were supposed to have health insurance already, thanks to the Affordable Care Act, which gave states extra funding to cover them through Medicaid.

But it hasn’t worked out that way in roughly a dozen states, all places where Republican officials have refused to take the federal money. Those states still have their older Medicaid eligibility guidelines, which restrict enrollment to narrower population groups. 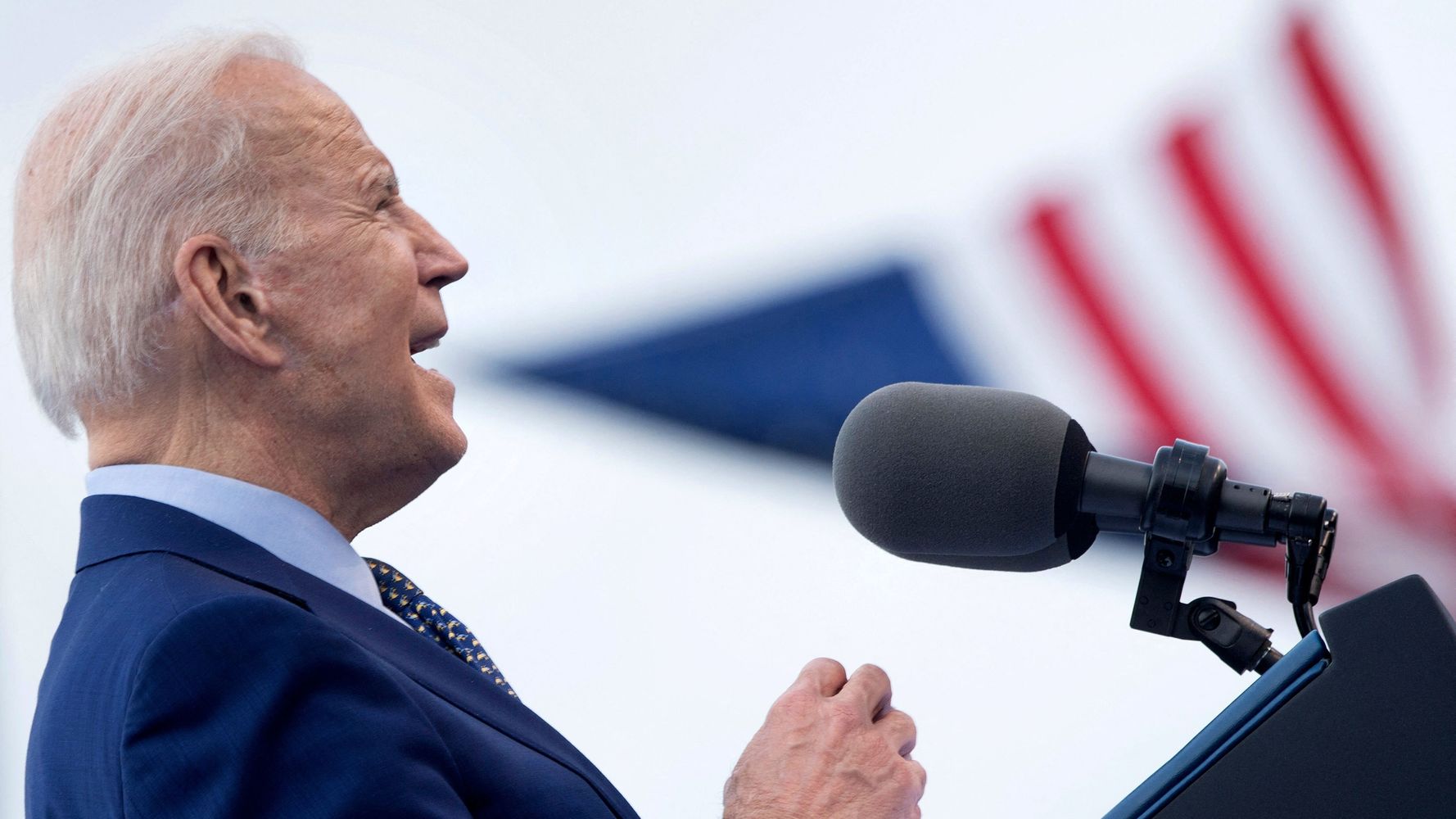 With little reason to think GOP officials in these states will change their minds, it’s up to Democrats in Washington to develop an alternative ― a way of ensuring these 4 million people through some kind of new federal initiative.

A few proposals are already under discussion. And Biden seems interested. He talked about addressing the Medicaid gap during the presidential campaign. On a conference call Tuesday, previewing his new economic agenda and address to Congress, a senior administration official alluded to “expanding coverage to those places in the country that have coverage gaps.”


But during the speech itself on Tuesday, Biden included no such references. And although Democrats on Capitol Hill have been agitating on behalf of other health care proposals, like adding benefits to Medicare or making permanent some other, temporary improvements to the Affordable Care Act, none are making a public fuss about policies to close the Medicaid gap.

That could be a problem. Nobody in the Democratic Party seems to be against addressing the Medicaid gap. But the feasible policy solutions are expensive, with complex politics, which means they won’t find their way into legislation without vocal champions.

Summary show
Medicaid Was Supposed To Be Obamacare’s Easy Part
Filling The Medicaid Gap Is Doable, But Complex

Medicaid Was Supposed To Be Obamacare’s Easy Part

Covering all low-income Americans was supposed to be the easy, noncontroversial part of the Affordable Care Act. Instead of creating a new program from scratch, the law’s architects turned to Medicaid, a familiar, decades-old program that states operate under federal guidelines and with partial federal funding.

Under the arrangement the Affordable Care Act put in place, all states would open their Medicaid programs to anybody with income up to 133% of the federal poverty line, or about $29,000 for a family of three in today’s dollars. In exchange, the federal government would pick up nearly the entire cost of the newly eligible enrollees, leaving states to handle only a tiny portion.

States that refused to expand eligibility would lose all of their federal Medicaid funding, including the money paying for populations and services they already covered ― a devastating result no state official would want.

Then came the 2012 Supreme Court ruling on the Affordable Care Act, which declared that threat to existing Medicaid funds unconstitutional. Republican state officials, determined not to touch anything associated with “Obamacare,” took advantage of the new leeway and rejected expansion in virtually every state they could, effectively limiting the growth to a small group of states under Democratic control.

Resistance to the expansion didn’t last everywhere, and, in time, several Republican-leaning states followed their Democratic-leaning counterparts ― in places like Arizona and Ohio, because GOP governors decided the federal money was a good deal for their constituents and businesses; in places like Idaho and Nebraska, because voters took matters into their own hands and approved expansion via some kind of ballot initiative.

But in the remaining states, which include Florida and Texas, GOP officials seem unlikely to budge. The COVID-19 relief package offered these states extra money, making Medicaid expansion even more financially attractive than before. Yet the only state where that enticement even stirred GOP officials was Wyoming, where legislators took up a bill to expand Medicaid only to reject it a few days later.

Getting Medicaid to the low-income population in these states would have a huge impact. Medicaid expansion is the part of the Affordable Care Act that has received the most rigorous and sustained attention from researchers. There’s now a long list of published papers showing that it “has improved health outcomes and increased financial security for millions,” as Judith Solomon, a senior fellow at the Center on Budget and Policy Priorities, told HuffPost.

Larry Levitt, executive vice president of the Henry J. Kaiser Family Foundation, said he thinks that “short of achieving universal coverage, covering people in the Medicaid gap is likely the most significant step possible to reduce the number of people uninsured. And these are the most vulnerable among those who remain uninsured.”

Filling The Medicaid Gap Is Doable, But Complex

One of the more innovative policy ideas Biden put forward during the campaign, winning praise from health care advocates and liberal publications like the American Prospect. Although neither the administration nor Democratic leaders are focusing on a large public option right now, there is serious discussion of creating some kind of scaled-down version ― basically, a new program that looks like Medicaid ― that would be open only to low-income people in non-expansion states.

Either policy approach would involve its own set of tradeoffs and complications. Creating a new public option, even targeting only the Medicaid gap, would require a new administrative apparatus. Opening subsidized plans on HealthCare.gov would be more straightforward, but it would cost more per person.

And with either option, lawmakers would face another challenge: how to treat the states that have already expanded Medicaid.

Especially in more conservative states where officials were never that enthusiastic about Medicaid in the first place, it’s easy to imagine them dropping their plans and handing the whole thing over to the federal government. Depending on program design, that could mean switching people now on Medicaid into private insurance plans that provide vulnerable Americans with inferior, less reliable coverage in the view of many advocates.

The way to address that problem in the short term is to tinker with the financial incentives by rewarding states for continuing to finance expansion on their own or punishing those that drop it. There are different ways to do this, but every one of them would require extra spending, inflating the cost by tens and maybe hundreds of billions of dollars over 10 years, depending on program details.

The geography that makes the finances more difficult also complicates the politics, especially in the Senate, where 47 of 50 members of the Democratic caucus come from states that have already expanded Medicaid. As much as these lawmakers may support expansion on general principle, they are unlikely to promote it ahead of other ideas that would directly benefit some of their constituents.

Of course, some Democratic lawmakers have a direct stake in the issue, starting with Georgia’s two newly elected senators. The latter gave the Democrats their majority and campaigned on the need to bring expanded Medicaid to their state. The House has plenty of non-expansion states, clustered in Houston, South Florida, and other Democratic-leaning parts of GOP-run states. Speaker Nancy Pelosi (D-Calif.) has also been treating the Medicaid gap as a significant priority.

Still, the champion who could make the most significant difference is Biden. If he visibly endorses the idea, Congress is a lot more likely to pursue it. If he stays silent, then Congress is more likely to postpone action. And it’s anybody’s guess how soon the next opportunity to pass this kind of legislation will come.

What kind of foundation coverage have you reached for most in spring?

Nest Wifi vs. Google Wifi: Which should you buy?