According to a notice seen by some journalists and outlets, subscribers of MTN, the largest telecom provider in Nigeria, may soon face service disruption in the West African nation.

Reuters and others said that a rise in insecurity challenges in Nigeria is likely to disrupt MTN’s service, citing an alert from customer service reps. Nigerians have had to battle kidnappings, clashes between farmers and herders, mass abductions of students, and armed robberies throughout this year. 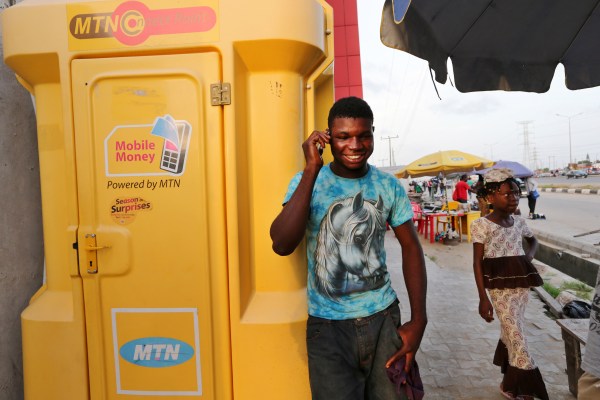 “Sadly, we must inform you that with the rising insecurity in different parts of Nigeria, service delivery to your organization may be impacted in the coming days. This means that in some cases, our technical support team may not be able to get to your site and achieve optimum turnaround time in fault management as quickly as possible,” MTN reportedly said in the message.  MTN didn’t immediately respond to a request for comment.

When MTN Nigeria published its financial report for Q1 2021, it showed strong growth as data revenue grew by 43% year-on-year to N106 billion ($257 million), contributing to 28% of its total revenue.

Data revenue growth was propelled by a 21% year-on-year jump inactive data subscribers to 32.5 million and a 27% year-on-year increase in smartphone penetration to 36.3 million. These numbers reflect MTN’s dominance in Nigeria. Per data from the Nigerian Communications Commission (NCC), the telecom operator is responsible for 43% of Nigeria’s internet subscribers and 38% of the country’s mobile subscribers.

Like most network providers in the country, MTN’s services have been a tale of two experiences: excellent and subpar. However, Nigerians who spoke with TechCrunch have largely witnessed the latter these past few weeks following the government’s decision to ban Twitter and subsequent fears of internet restriction.

Reports from local media seem to corroborate Reuters, albeit for a different reason: a union’s nationwide strike against all network providers. The league PTECSSAN (Private Telecommunications and Communications Senior Staff Association of Nigeria), which comprises senior telecommunications staff in the country, announced that it would be embarking on a three-day industrial strike starting Wednesday to protest the “arbitrary sack of workers and casualization.”

PTECSSAN accused telecommunications companies in Nigeria for several reasons in a statement. First, breaching freedom of association and right of workers to organize; victimization of union members; poor and discriminatory remuneration. They also claimed that telecom operators abused expatriate quotas, practiced intimidation, and have harassed and verbally assaulted employees, among other anti-labor practices.

Several MTN customer care agents TechCrunch reached out to were either unaware or refuted the previous message. “We’re not going to have such network glitches,” one said. “Kindly be aware that we dont have any information on any service disruption in the coming days. Once we have any information about that, we’ll let our customers know via messages as soon as possible,” another agent responded.

Bitcoin’s biggest public holder gets $500m to buy more BTC; now looks to sell $1B in shares to buy further

Getting to know Online Casino

After a record year for Israeli startups,...