Sony Corp_ reports its fiscal third-quarter profit jumped 62%, positioning the Japanese entertainment and electronics giant for a record annual profit as its bottom line got a healthy boost from its mega-hit animation film “Demon Slayer.”

Tokyo-based Sony reported Wednesday a 371.9 billion yen ($3.5 billion) profit for the October-December period, up from 229.5 billion yen a year earlier. 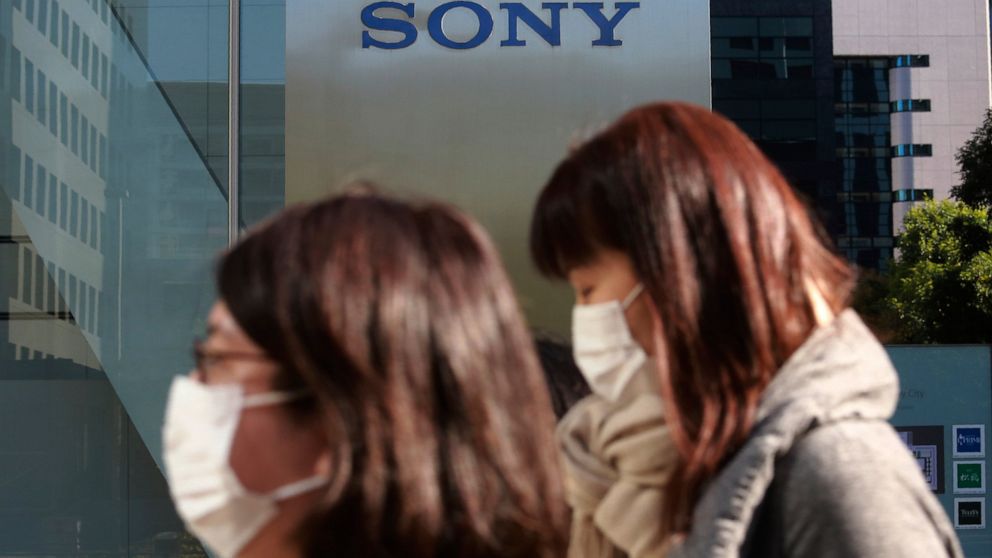 Sony’s video-games sector thrived as people stuck at home for the coronavirus pandemic turned to such entertainment content. Sony’s quarterly sales edged up 9% to 2.7 trillion yen ($25.7 billion). Sony also got a lift from the popularity of its PlayStation 5 console, which went on sale late last year, and did well in software and online-service sales, despite launch costs, the company said.

Sony has sold more than 4.5 million PlayStation 5 consoles, and more people were waiting to get the machines since production hasn’t kept up with demand, company officials told reporters.

Mobile games also did well. Movie releases lagged, with new films being postponed and theaters closed in some places due to coronavirus restrictions.

Sony’s other divisions, such as consumer electronics products, imaging solutions, and financial services, had mixed or flat results compared to the previous year.

That’s considerably higher than the 800 billion yen ($7.6 billion) projection given in October. Sony earned 582 billion yen in the fiscal year that ended March 2020.

Sony said it hoped to boost profits for the year across the board in its sprawling businesses, including games, music, electronics products, and other operations.

Among the best-selling music from Sony in the quarter just ended were AC/DC’s “Power Up” and Bruce Springsteen’s “Letter to You.”

Among Japanese artists, “Homura,” a theme song for “Demon Slayer,” by Lisa, and “Step and a Step,” by NiziU, did well, according to Sony. Sony said it’s counting on relatively new artists like American singer Doja Cat.

Atul Goyal, an equity analyst with Jefferies, noted that Sony has been beefing up its music division, such as its recent acquisition of independent distributor AWAL, which he called “a win-win relationship.”

“Streaming is driving secular growth in the music business, and Sony is well-positioned to drive sustained profit growth,” Goyal said. Yuri Kageyama is on Twitter https://twitter.com/yurikageyama.