Earlier this week, LinkedIn announced the open sourcing of Smart Argument Suite, a new Python tool designed to help users pass arguments through the command line interface and consume them in a “human-friendly” way. According to the company, while plenty of open-source projects offer CLI argument parsing, they don’t deal with the producer side.

“Passing the arguments through the CLI becomes a producer and consumer problem: on the workflow generation side, you need to produce a set of arguments which are passed to the CLI to launch the jobs; on the other side, the launched jobs would consume the arguments passed from the CLI,” Jun Jia and Alice Wu, senior staff software engineers at LinkedIn, wrote in a post. 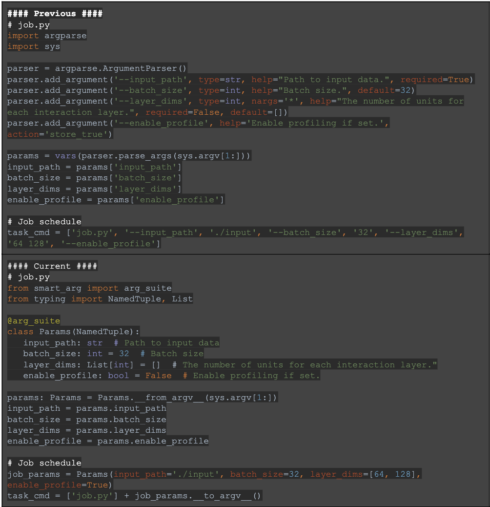 The principles of the Smart Argument Suite are:

“It’s a prevalent scenario that an AI solution involves composing different jobs, such as data processing and model training or evaluation, into workflows and then submitting them to an orchestration engine for execution. At large companies such as LinkedIn, there may be hundreds of thousands of such executions per day, submitted and executed by multiple teams and engineers,” Jia and Wu wrote. “Any improvements in the tools used by machine learning engineers lead to significant improvements in productivity, which highlights the need for robust productivity infrastructure to support machine learning engineers.”

The solution has been released to PyPI and tested with LinkedIn’s other open-source AI solutions, including GDMIx and DeText.  Going forward, the team plans to add escaping to make the serialization safer and expand beyond the language boundaries.

A low-code approach to app protection

Report: Majority of companies are not fully...

How to root out software failures using...