GoReleaser is an open-source project that aims to help users release Go projects as fast and efficiently as possible. Key features include the ability to cross-compile Go projects; remove to GitHub, GitLab, and Gitea; create Docker images and manifests, and create Linux packages and Homebrew taps.

According to the team, it adheres to the Contributor Covenant code of conduct, which is put in place to foster an open and welcoming environment.

“GoReleaser is a release automation tool for Go projects. According to the project’s website, the goal is to simplify the build, release, and publish steps while providing variant customization options for all steps” according to the project’s website. “GoReleaser is built for CI tools; you only need to download and execute it in your build script. Of course, you can also install it locally if you wish.” 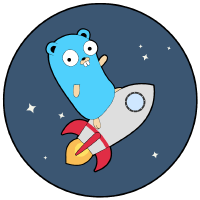 Some known limitations of the project include having CGO enabled when cross-compiling, its Docker image is not supported, and won’t make configurations look “clean,” and tags need a valid semantic version; otherwise, the project will error.