The latest release of GridGain’s in-memory computing platform includes enhanced support for its multi-tier database engine.  The dictionary-based cache entry compression is now capable of up to 60% compression ratios on real-world scenarios. 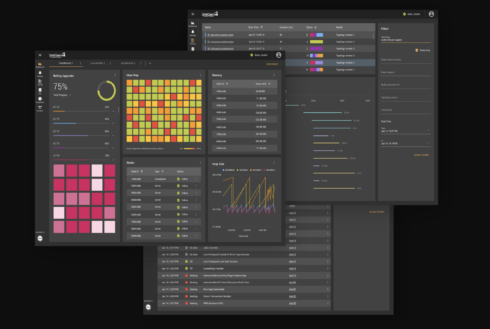 “As our customers expand their use of GridGain, they increasingly require the flexibility to scale workloads beyond available memory capacity,” said Abe Kleinfeld, president, and CEO of GridGain. “As a result, we are continuing to evolve our data persistence technology to simplify GridGain cluster management, reduce disk requirements and improve performance while lowering TCO and accelerating time to value. The combination of more effective disk utilization and higher memory quotas for SQL allows GridGain to support significantly larger and more complex real-time analytics use cases.”  Additional details on the latest release are available here.

Aerospike Connect for Presto, which enables business and data analytics to use ANSI SQL, is out of beta and is now generally available.

Aerospike now includes support for Presto data types, including complex types such as maps and arrays, both read and write SQL statements. It can also federate queries across multiple Aerospike clusters or between Aerospike and other databases.

Users can also add TLS support to secure connection between Presto and the Aerospike clusters and LDAP for authenticating Presto users. Additional details on the new solution are available here.

This release contains bug fixes for the LLVM 11.0.0 release, and it is API and ABI compatible with 11.0.0. ACCORDING TO THE DEVELOPERS BEHIND THE PROJECT, the LLVM Project is a collection of modular and reusable compiler and toolchain technologies.   More information is available here.

“With these tools combined, software developers gain the ability to configure fast and scalable CI/CD pipelines on Linux servers and automate the testing process,” Parasoft wrote in a post.

Biden proposes $35B in coronavirus relief for colleges

Take a data-first approach to modernization