dtSearch announced a new version of its enterprise and developer text retrieval product with a preview multithreaded indexer for multicore 64-bit Windows and document filter enhancements. 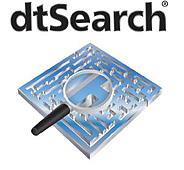 
Postman closed a $225 million series D round, bringing its total valuation to $5.6 billion.  The company said it will use the funding to further its growth and invest in its community of developers across the globe, support students through innovative API literacy programs, and contribute toward open-source projects to foster a thriving and robust API ecosystem.

Postman is an API platform used by more than 17 million developers and 500,000 organizations worldwide to build and use APIs.

SharePlay has been disabled for use in the developer beta 6 versions of iOS 15, iPad 15, and tvOS 15 and will be disabled in the upcoming beta 6 release of macOS Monterey.

SharePlay will be enabled for use again in future developer beta releases and will launch to the public in software updates later this fall, according to Apple.

“We appreciate how many teams have been hard at work building SharePlay experiences, and to ensure there is no interruption in your development, we have provided a SharePlay Development Profile which will enable successful creation and reception of GroupSessions via the Group Activities API,” Apple stated in a post.

The AlmaLinux OS is now available on the Azure marketplace. Images are available for both Gen1 and Gen2 and are deployable from the Azure Cloud, Azure command-line utility, and the marketplace link.  Aside from photos, AlmaLinux announced a worldwide mirror network with Azure regions to better user experience when installing updates or new software.