Samsung Electronics vice chairman Jay Y. Lee is back in prison following a retrial of his 2017 conviction in a bribery case that helped lead to the downfall of former South Korean president Park Guen-Hye. The Seoul High Court sentenced Lee to 30 months on Monday.

Lee was initially convicted of bribery in 2017 and sentenced to five years but was released in 2018 after the sentence was reduced and suspended on appeal. In August 2019, however, South Korea’s Supreme Court overturned the appeals court, ruling that it was too lenient, and ordered the case to be retried. 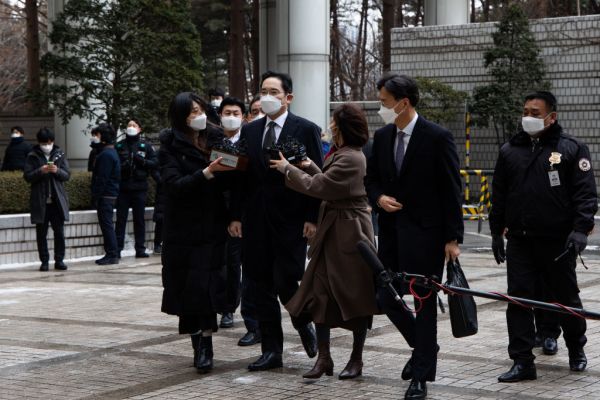 Lee was expected to become chairman of Samsung after his father’s death, Lee Kun-hee, in October 2020. He has served as the chaebol’s de facto leader since his father suffered a stroke in 2014. With Lee’s sentencing today, it is unclear who will take over his responsibilities at Samsung.

Charges against Lee included bribing Park to gain support for deals that helped Lee inherit control of Samsung from his father. The illegal payments played a significant role in the corruption scandal that led to Park’s impeachment, arrest and 25-year prison sentence.

The bribery case is separate from Lee’s involvement in alleged accounting fraud and stock manipulation. Hearings, in that case, began in October. TechCrunch has contacted Samsung for comment.

Samsung heir Jay Y. Lee is going back to jail for bribery