MOSCOW — Two Russian cosmonauts ventured for more than 7 hours outside the International Space Station to prepare for the arrival of a new Russian module. 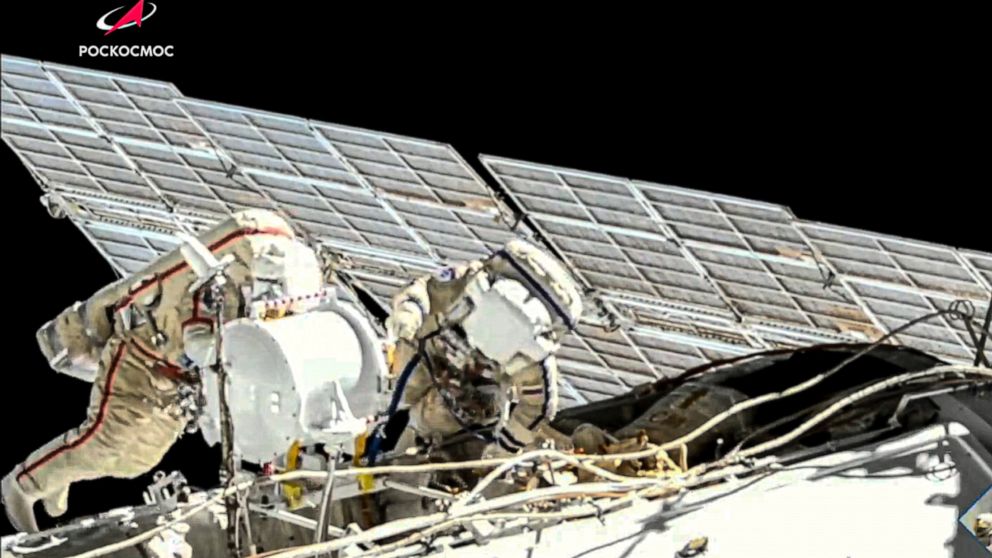 It was the first spacewalk for both Oleg Novitsky and Pyotr Dubrov, who arrived at the space station in April, and it lasted 7 hours and 19 minutes. It was broadcast live by NASA.

The two focused on getting the space station ready for the undocking and disposal of the Pirs docking compartment, which will be replaced next month by the new Nauka (Science) multipurpose laboratory module.

They disconnected an antenna and other equipment from the Pirs and stowed them outside the station for future use in preparation for the module’s disposal.

Novitsky and Dubrov also replaced a fluid flow regulator and two sets of biological and material science samples on the exterior of the Russian modules.

The launch of the Russian Nauka lab module has been continuously pushed back over technical issues. Russian space officials have said it will finally be launched in July.

Can we rely on AI?

My Partner Died By Suicide. Here’s How A Mismanaged Pandemic Contributed.