Researchers create a swimming robot that can ‘heal’ itself

As the world contemplates ways to deploy robots to help with hazardous tasks such as large-scale cleanups or search and rescue missions, scientists are also second-guessing how to fix machines if they come into harm’s way. We’ve previously seen jelly-like polymers used to create robotic hands that repair themselves after a violent infliction. And “biological” androids are made from stem cells that regenerate and stitch back together when sliced. The latest breakthrough involves tiny microbots that can magnetically “heal” themselves on the fly after breaking apart without help from humans.

Researchers at UC San Diego did this by creating 2 cm long swimming robots shaped like fish and composed of three layers. The bottom and top contained a conductive part and an upper strip of magnetic microparticles, respectively, with a hydrophobic middle coating, wedged in-between the two. They also added platinum to the tail, which reacted with hydrogen peroxide fuel to form oxygen bubbles that propelled the robot. 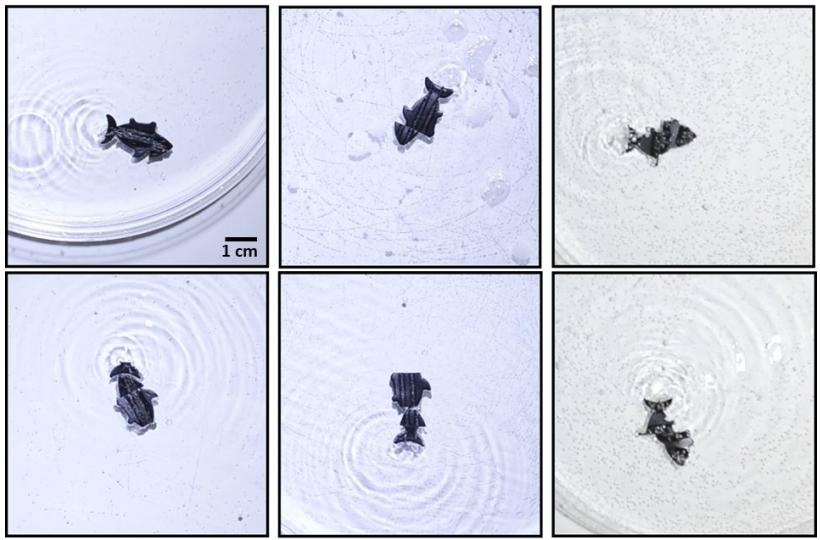 The tiny swimmer was then able to move around a petri dish containing a weak hydrogen peroxide solution. To observe its healing abilities, the scientists cut the bot with a blade. On full display in the video above, the results show the disembodied tail traveling around until it approached the rest of the parts, reforming itself through magnetic interaction. According to the researchers, it could also reassemble itself when cut into three slices or when the magnetic strip was placed in a different position. As for its future impact, the advancement could see the capability incorporated into other, more giant robots that could then feasibly continue to do their jobs if they were somehow cut in half.

Stadia Status, February 2021: One step forward and three steps back