At CES this year, an impressive number of enterprise providers presented solutions for homes mainly focused on home offices, robotics, and automobiles (emphasizing autonomous electric cars).  Companies like Caterpillar, BlackBerry, Hive, IBM, Philips, Google, Amazon, Twitter, Wing Venture Capital, and others are showcasing solutions that are being asked to bridge capabilities between homes and large businesses to address the new Pandemic average better.

Let’s talk about some of the more exciting opportunities that came out of that show this year that could allow developers in both the consumer and enterprise segments to find options that bridge the components. 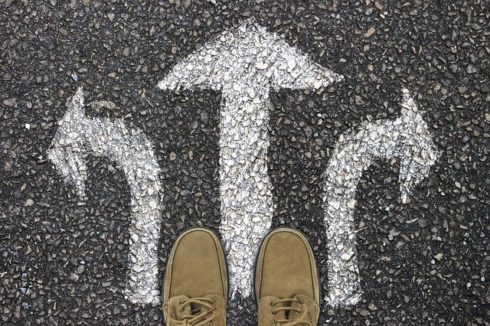 We are still years away from a General Purpose AI. Still, as training and inference have improved, adopting AIs developed for autonomous cars, they find their way into business solutions.  Take autonomous driving-focused AI.  This form of AI is becoming very powerful as those developing its attempt to move from enhanced cruise control (level 2 autonomous driving) to vehicles with no driving interfaces (level 5 autonomous driving).  This same technology is being adapted to Robots, autonomous equipment (like mining trucks and tractors used in agriculture), and enhanced security solutions (Intel’s RealSense Cameras with Lidar).

The spread of this impressive AI technology is having a material impact on the resulting offerings making them able to operate with lower staff and, while doing so, create a better solution that is cheaper and faster than the one it will replace.

Companies like BlackBerry showed how their security solutions could better protect the exposed employees and executives and their ever more intelligent cars and robots.  These opportunities potentially expand its total available market and create economic and programming synergies that will allow them to reduce its programming costs through reuse while benefiting from this expanding blended market, resulting in more substantial profits.

In addition to making remote users and autonomous cars safer, this security technology could be used to protect the growing robotics market and the coming raft of automated restaurants and stores that are likely to emerge as retailers move to maintain profits during the Pandemic.

And this security expansion won’t stop there. Expect it to embrace the rapidly growing IoT market and emerging classes of products like flying cars and drones, both of which, if hacked, could represent a mortal risk for those of us on the ground.

Over time this should move to connected appliances and Smart TVs, particularly those coming with built-in cameras because no one wants to go home to an out-of-control Washing Machine or their TV suddenly deciding that only Teletubbies are worth watching.

Early on, IBM saw that Healthcare would be an ideal AI application, where much of Watson’s work was initially focused.  But the critical need for hospital beds due to the Pandemic has massively increased the opportunities for telemedicine and remote patient monitoring and diagnosis.  Many healthcare solutions showcased at CES used advanced sensors and high-speed, secure networking tools to address this ever more critical need to serve people recovering in their homes.  While these hardware prices will be far lower than hospitals typically buy, the volumes and total potential service revenues are far higher. Given this mobility between markets, firms just serving hospitals are at risk.  These firms still need to compete on price with hospitals but won’t enjoy the economies of scale that firms serving this expanding market for remote Healthcare.

This trend could eventually force rethinking hospital care entirely with far greater emphasis on recovery at home, potentially significantly reducing Hospital costs ultimately while also improving the potential for healing for those traumatized by being away from loved ones.  The opportunity for change in this market is unprecedented.

This year CES showcased a blending of the consumer and corporate markets, creating opportunities and unprecedented risks for developers in modern times.  This change has massive potential for disruption, and we are only at the beginning of it.  Companies that understand and can ride this change wave will replace those who don’t see it coming or react to the changes quickly enough.  We are only at the beginning of what may be one of the most significant technology pivots in the world’s history, and 2021 is already looking like an insane year of change.