Nintendo Co. is reporting its profit for the first three fiscal quarters nearly doubled as people worldwide stayed home for the pandemic and turned to play games By YURI KAGEYAMA AP Business Writer on February 1, 2021, 8:29 AM.

TOKYO — Nintendo Co. reported Monday that its profit for the first three fiscal quarters nearly doubled as people worldwide stayed home for the pandemic and turned to play games. 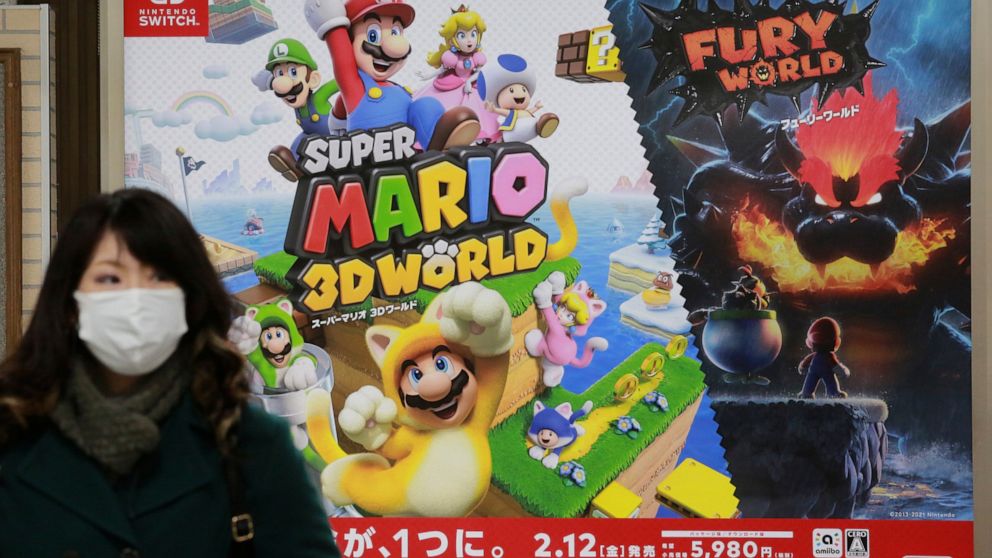 Kyoto-based Nintendo’s success has come on the back of the popularity of its Switch console, as well as game software like “Animal Crossing: New Horizons.” Other Switch software enjoying healthy demand included “Mario Kart 8 Deluxe” and “Super Mario 3D All-Stars,” according to the company. The October-December quarter is always crucial for Nintendo because of year-end holiday shopping.

Nintendo sold 24 million Switch consoles during the three quarters through December. It had sold 12.5 million Switch devices during the first two quarters of the fiscal year, so sales nearly doubled in the latest quarter. The total numbers include the smaller Switch Lite console, as well as the regular Switch.

One COVID-19-related setback for Nintendo has been the delayed opening of its theme park in Japan called Super Nintendo World, built with Universal Studios.

It had been set to open on February 4. Still, Osaka, where it is located, is one of the urban areas under a state of emergency over the coronavirus pandemic, as cases surge in Japan this year.

Although the spread of COVID-19 infections has slammed many businesses, the game sector has, from the start, been a beneficiary, offering home entertainment and ways for people to connect remotely through online games.

After Amazon: Labor tries to regroup in...

Jeff Bezos riding his own rocket in...