The U.S. Navy has pulled the plug on research on a futuristic weapon that fires projectiles at up to seven times the speed of sound using electricity

BATH, Maine — The U.S. Navy pulled the plug, for now, on a futuristic weapon that fires projectiles at up to seven times the speed of sound using electricity. The Navy spent more than a decade developing the electromagnetic railgun and once considered putting them on the stealthy new Zumwalt-class destroyers built at Maine’s Bath Iron Works. 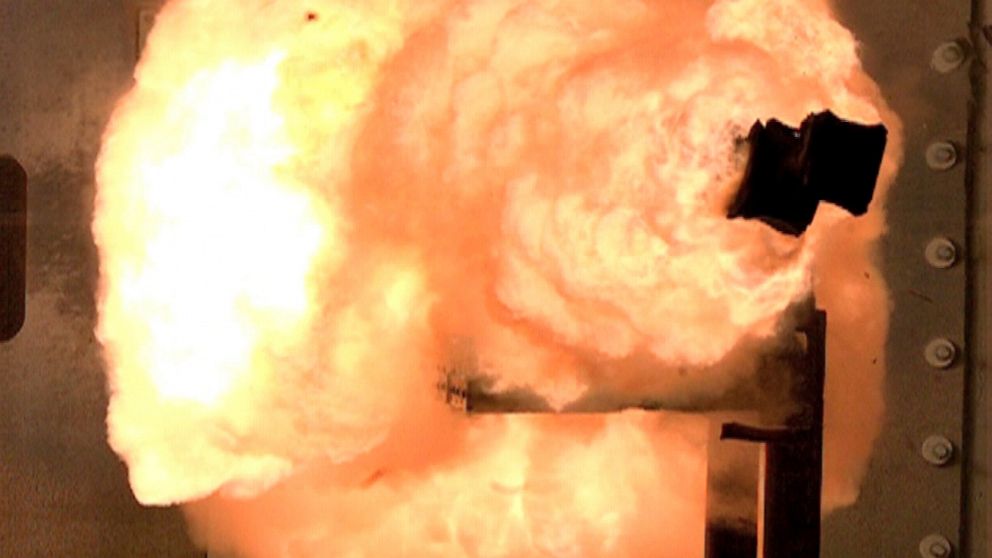 But the Defense Department is turning its attention to hypersonic missiles to keep up with China and Russia, and the Navy cut funding for railgun research from its latest budget proposal.

“The railgun is, for the moment, dead,” said Matthew Caris, a defense analyst at Avascent Group, a consulting firm. The removal of funding suggests the Navy saw both challenges in implementing the technology and shortcomings in the projectiles’ range compared to hypersonic missiles, he said.

Information gleaned during testing will be retained if the Office of Naval Research wants to pick up where it left off in the future, she said.

All told, the Navy spent about $500 million on research and development, according to Bryan Clark, an analyst at the Hudson Institute.

Technology was close to making the leap from science fiction to reality in the 21st century with the testing of prototypes.

The concept held the possibility of providing an effective weapon at pennies on the dollars compared to smart bombs and missiles.

That’s because railguns use electricity instead of gunpowder or jet or rocket engines to accelerate a projectile at six or seven times the speed of sound. That creates enough kinetic energy to destroy targets.

But there were several problems. Those included the range of about 110 miles in testing. A Navy vessel could not employ the gun without putting itself within range of a barrage of enemy missiles. And its usefulness for missile defense was also limited by capacity and rate of fire, Clark said.

The idea dates back to the 1940s. But there have always been significant hurdles because the parallel rails, or conductors, are subjected to massive electric current and magnetic forces that can cause damage after a few shots said defense analyst Norman Friedman.

A big question was always whether the gun could stay together during continuous firing, Friedman said. A standard weapon can be fired about 600 times before the barrel has to be refurbished, but the barrel on the railgun prototype had to be replaced after about a dozen or two dozen shots were fired, Clark said.

A few years ago, the Navy talked about putting the gun on the future USS Lyndon B. Johnson, the last of three stealthy destroyers. It’s nearing completion and builder trials at Bath Iron Works.

The 600-foot-long (180-meter-long) warship uses marine turbines similar to those that propel the Boeing 777 to help produce up to 78 megawatts of electricity for use in propulsion, weapons, and sensors.

That’s more than enough electricity for the railgun, and the ship has space following the cancellation of the advanced gun system, leaving the boat with no conventional cannon-based weapon. Instead, the Navy is pursuing an offshoot of the railgun, a hypervelocity projectile, fired from existing gun systems.