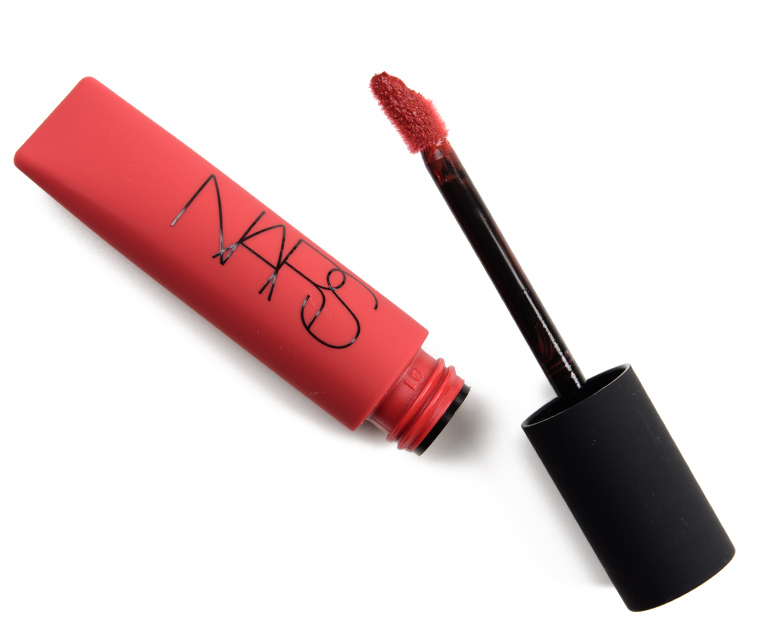 Despite the slip, the color was applied evenly and had opaque coverage in a single layer. It took two and a half hours before the application looked rough, where color pulled into my lip lines and gathered around slight texture imperfections. I was surprised since I’d typically see this when initially applied, but this was a case where it looked nice initially but really degraded and was one of those products that wore away poorly. It was decent for two and a half hours, though most of the color lasted closer to four hours, while the formula felt non-drying.

The formula is supposed to be “featherweight” with a “soft-focus finish” and a “creamy feel” that offers “buildable coverage,” “soft matte finish,” and “longwear.” They’re a smooth, more velvety-creamy consistency that goes on evenly and feels lightweight, but they were pretty pigmented and not exceptionally long-wearing.

I think the lack of longevity stemmed from the fact that the product sat on my lips without adhering particularly well, so they were quick to wear away, especially eating or drinking. They were flattering for two to three hours, but they tended to look drier and emphasized lip lines/clung to any texture imperfections for the third or fourth hour of wear, but they didn’t last much longer than that.

They were very pigmented, too; there’s no way I’d have described the formula as buildable. One pull of product delivered near opaque to fully opaque coverage on my lips. To get more buildable coverage, one would have to apply significantly fewer products–likely just to the center of the lips–and then use a fingertip to diffuse the color outward, a technique to sheer out any pigmented lip product.

They were comfortable to wear, and while they looked drier toward the end of wear on, they didn’t seem to dry in a formula. They had a light vanilla scent but no discernible taste.

Browse all of our NARS Air Matte Lip Color swatches.

What was the last eyeshadow palette that caught...

How often do you try a new foundation...

What kind of coverage do you prefer in...

Walk on the Wild Side With Leopard Boots...

How many shades do you prefer in an...

What was the last product you repurchased?

What kind of lipstick formulas have you...