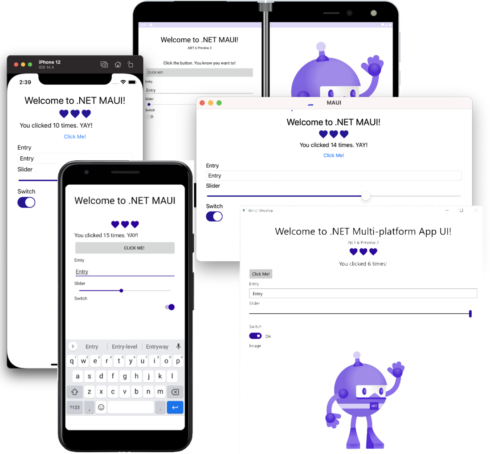 Microsoft announced that the first public preview of Visual Studio 2022 will be released this summer.

Visual Studio 2022 will be a 64-bit application and it’ll no longer be limited to ~4gb of memory in the main devenv.exe process. However, this won’t change the types or bitness of the applications developers can build with Visual Studio and they can still build 32-bit apps., the company explained.

“With a 64-bit Visual Studio on Windows, you can open, edit, run, and debug even the biggest and most complex solutions without running out of memory,” Amanda Silver, the CVP of product for the developer division at Microsoft, wrote in a blog post

Visual Studio 2022 also introduces a refresh for the user interface to reduce crowding and to reduce the complexity and cognitive load. The changes include updated icons for better clarity, legibility and contrast, a new fixed-width font called Cascadia Code, improved product themes and an integration with Accessibility Insights.

In addition, Visual Studio 2022 will make it quick and easy to build modern, cloud-based applications with Azure by including repositories that describe common patterns used in today’s apps.

Visual Studio 2022 will have full support for .NET 6 and its unified framework for web, client, and mobile apps for both Windows and Mac developers and it will also include robust support for the C++ workload with new productivity features, C++20 tooling, and IntelliSense.

Microsoft said it focused on real-time collaboration with the release by integrating text chats in Live Share so that developers can have quick conversations about their code without any context switches. Live Share will also include session policies that define any compliance requirements for collaboration.

The new version aims to make it easier to collaborate with better GitHub integration making it seamless to go from idea to code to the cloud. These additions include built-in logic and checkpoints to guide developers efficiently through the merge and review process.

Additional details on all of the new features planned for the summer preview of Visual Studio 2022 are available here.