Miami Beach declared a state of emergency Saturday amid fears of a dangerous spike in COVID-19 cases as throngs of maskless, hard-partying spring break crowds take over the streets.

Mayor Dan Gelber announced an 8 p.m. curfew for the downtown “entertainment district” and restrictions on shore-bound traffic for 72 hours as city officials weigh what to do next at an emergency City Council meeting on Sunday.

“At night, there is no question that it becomes a place that feels …  out of control,” Gelber said at an afternoon press conference. “You see things that you realize shouldn’t happen, and no community should have to endure.” 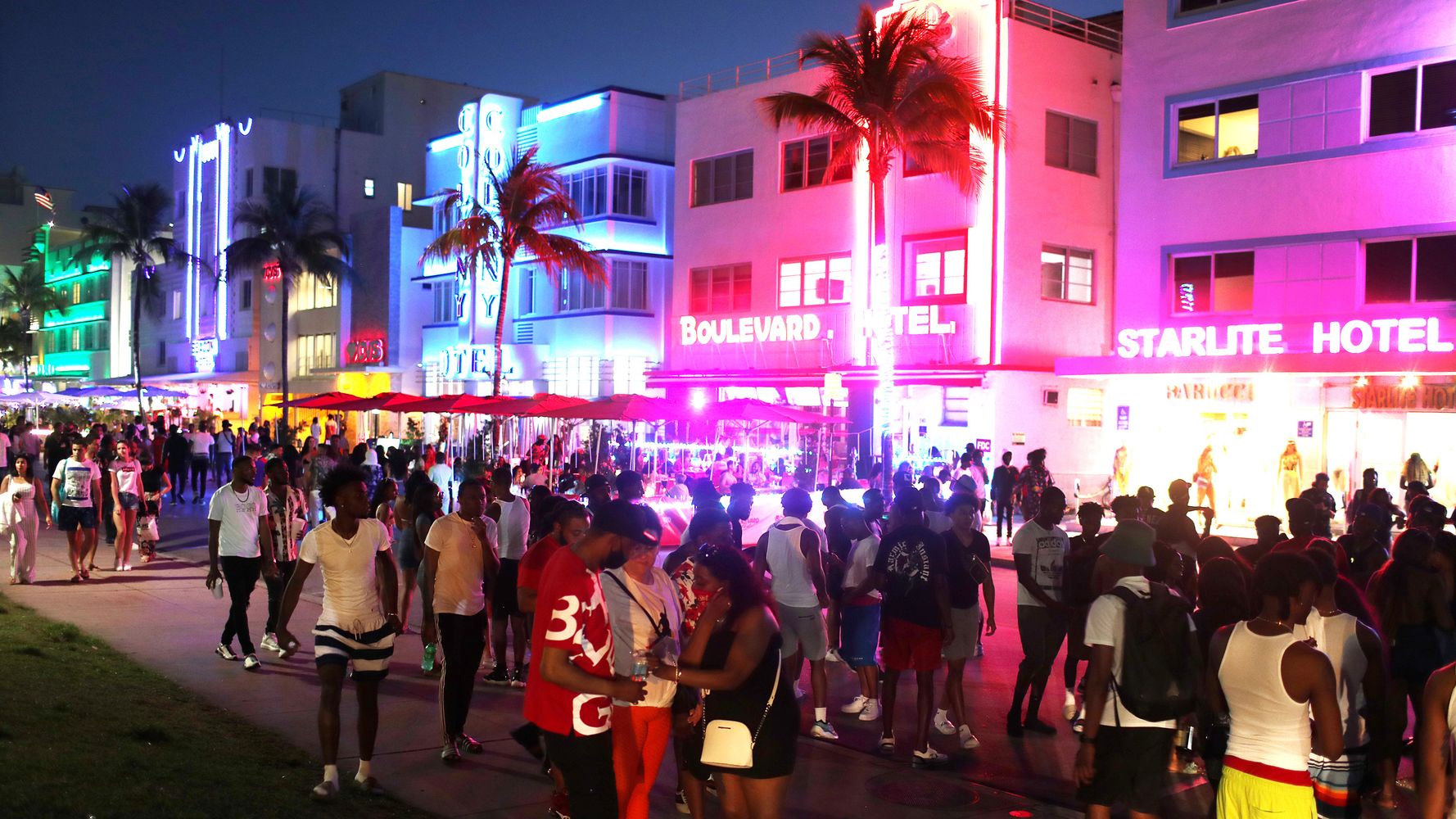 Earlier this week, Gelber issued a message to spring breakers that they weren’t worth the revenue they bring to local businesses. “You cannot pay our community to endure the kind of inappropriate and improper conduct that we’ve been seeing,” he said.

Police have made hundreds of arrests and have used pepper balls to break up a massive brawl Friday night at a local restaurant. The popular Clevelander South Beach hotel also announced Friday that it was shutting down its bar and restaurant until Wednesday because of the crush of the crowds.

“One reason for our prominence and long-standing reputation has been our focus on the safety and well-being of our staff and patrons,” the hotel said in a statement. “Recently, we have grown increasingly concerned with the safety of our dedicated employees and valued customers and the ability of the City to maintain a safe environment in the surrounding area.”

The state has already racked up 2 million cases of COVID-19 and more than 33,000 deaths. Florida has long been lax on health restrictions that could stem the spread of COVID-19. Republican Gov. Ron DeSantis was one of the last to impose business restrictions after the pandemic was declared and among the first to lift them.

Last Wednesday, he joined in the spring revelry at a packed Jacksonville bar to celebrate St. Patrick’s Day. No one was seen in masks or socially distancing in several photos circulating online, clearly including DeSantis. Culhane’s Irish Pub touted the governor’s visit with Instagram photos that have since been taken down.

Poco F3 renders have leaked. Of course, it looks the Redmi K40!

Sleep Helps Protect Against Dementia, According To...