Shares in Meituan, China’s largest food delivery platform, have tumbled after its CEO posted _and then deleted _ an ancient poem in a move widely seen as a criticism of the Chinese government 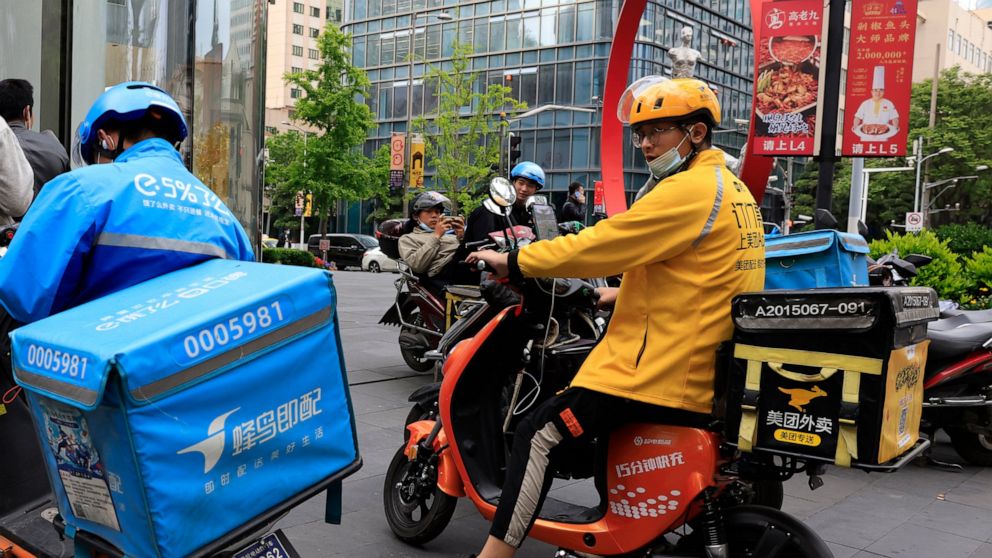 SINGAPORE — shares in Meituan, China’s largest food delivery platform, have tumbled after its CEO posted —and then deleted — an ancient poem in a move widely seen as possible criticism of the Chinese government. Authorities are investigating the company’s allegations of anti-monopolistic behavior, part of a broader crackdown on technology companies.

Meituan’s stock price lost 5.3% on Tuesday and plunged as much as 9.8% on Monday after its CEO Wang Xing posted the classical Tang dynasty poem, criticizing Emperor Qin Shi Huang for silencing his critics by burning books.

Wang’s post was seen as a veiled comparison of the ruthless ancient emperor and China’s current authoritarian government. Investors worried over how Chinese authorities might react have been selling their holdings of Meituan’s stock.

Wang posted the classical pom, “The Book Burning Pit,” by Tang dynasty poet Zhang Jie to Fanfic’s social media platform. He later deleted the post, saying it was meant to refer to fierce competition in the e-commerce industry, where the most dangerous competitors are often unexpected.

The Qin emperor is revered as the founder of a modern, unified China but considered a brutal and ruthless ruler who killed scholars who dared to defy him.

The internet sector has come under intense scrutiny in recent months as Beijing expressed concern over the growing influence of companies like e-commerce giant Alibaba and others.

Regulators ordered Alibaba to pay a record $2.8 billion fine for abusing its market position and quashed plans for a massive initial public offering by its affiliate Ant Group.

Other technology companies, including gaming giant Tencent and search engine giant Baidu, were fined for failing to disclose investments and acquisitions. Regulators also have summoned companies to warn them against anti-competitive behavior.

Alibaba troubles surfaced after its founder Jack Ma publicly accused financial regulators of being behind-the-times at a conference in November.

Alibaba’s stock price has fallen nearly 17% since regulators announced that they were investigating the company in late December.

What products do you reach for when you want a smoky look?