Fika Ventures is a five-year-old, L.A.-based seed-stage fund that has been mainly funding business-to-business startups and companies and a sprinkling of healthcare I.T. startups — as long as they don’t involve hardware or FDA approval.

The firm’s investors apparently think it’s doing a decent job. After raising $41 million for its debut fund, followed by a $77 million fund that Fika closed in 2019, the outfit is today announcing a third flagship fund with $160 million to invest, along with an opportunity-type fund with $35 million in capital commitments. 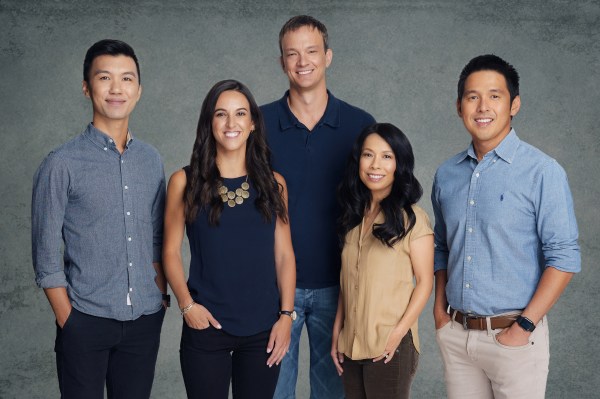 That’s a significant endorsement for such a young firm. Still, even with upwards of 10 promising portfolio companies — including Formative, a Santa Monica, Calif.-based platform for K-12 teachers to create assessments that raised $70 million in June; Pipe, a Miami-based startup that lets companies sell their recurring revenue streams on its platform and raised $250 million at a $2 billion valuation in May; and Papaya Global, an Israeli startup that sells payroll, hiring, onboarding, and compliance service and raised $100 million earlier this year — it’s getting more challenging right now to do what they do, say firm cofounders Eva Ho and TX Zhou. “It’s definitely a crazy time,” Ho offers. We had a candid conversation with the pair yesterday, edited lightly for length below.

T.C.: This is now one of the more prominent seed-stage firms in L.A. What percentage of your investments are local?

E.H.: We feel like we have a home-court advantage here, so about 40% of our deals are here, then the rest are in markets like Seattle, New York, Boston, Austin, Chicago. We recently did a deal in Toronto because they have a friendly A.I. community there. But we still very much believe in needing boots on the ground so go after geographies to fly to board meetings and be there physically to support [our founders] when they need us.

T.C.: Your new flagship fund is more than twice the size of your last fund. How will that impact how much you invest?

T.Z.: Our check sizes will grow a bit in tandem with the market. As you know, seed rounds are now relatively a bit larger. I think initial checks will be in the $1 million to $3 million range; with the last fund, we reserved up to $6 million per company, and now we’ll reserve up to $10 million.

T.C.: Tell us a little about investing in a market where everybody is a founder, and everyone is also an investor.

E.H.: It’s definitely a crazy time. It feels like we’re running a marathon and trying to be in a sprint. We have to have a long view and make bets with that horizon in mind, but at the same time, the decisions for initial and follow-on rounds have gotten just a lot faster.

T.C.: How do you continue to make good decisions when things are moving so fast?

E.H.: The things we’ve been doing include increasing the size of the team and doing more work upfront on an industry so that we have a more prepared mind coming in. But it continues to be a struggle because everything has been sort of compressed.

T.Z.: I think in the past, seed funds could get away with being pure generalists, even within sectors. But we’ve been forced over the last 12 months to really understand even more sub-sectors within each of our verticals. For example, within fintech, we’ve kind of taken a deep dive in real estate and insurance, and that that helps us come into deals [prepared] given how fast they’re moving these days.

T.C.: What is the fastest deal you’ve done?

T.Z.: In the past, deals that we were looking at were getting done in two to three weeks; now, the average time is probably a week to a week and a half to make a final decision. I’d say the fastest we’ve moved is in five days, in a situation where we’ve known the entrepreneur for years, so there was strong validation on a personal level. There was also an excellent founder-market fit in terms of what they wanted to do.

E.H.: We just pull ourselves out of certain rounds that are moving [super fast], and/or valuation expectation upfront is just crazy. You see a lot of pre-seed bands right now that are pre-product, pre-traction, pre-revenue that are done at $15 million or $20 million or $30 million post-money valuations. We’ll undoubtedly flex for the right things, but there is just a lot of froth in the market right now.

T.C.: If the terms are correct, are you funding pre-seed, pre-product, pre-traction teams?

E.H.: To be very frank, we have moved a little earlier in some cases. In the first fund, we [invested about] 15% in pre-seed startups, which means very early product and very early traction and sometimes no traction. In fund two, we’ve invested maybe 25% in pre-seed deals because the outstanding founders who’ve been shown that they’re able to execute and have a vision — they get snapped up quickly, so you have to adapt and evolve a bit and move downstream a little more. That said, I think almost all the companies we fund have some sort of [minimum viable product] and some initial design partners in place, even if they don’t have any meaningful revenues yet.

T.C.: What percentage of your investments in your most recent fund have gone to repeat founders?

T.Z.: I’d say 15% to 20%. Obviously, we can’t and don’t limit ourselves to [serial entrepreneurs], but with repeat founders, deals move even faster than before.

T.C.: What’s the most absurd thing you’ve seen in this go-go market?

T.Z.: I think the most absurd thing we’ve heard is funds that are making decisions after a 30-minute call with the founder.

T.C.: Would you ever pass on a company because you’re not that excited about the rest of the cap table?

T.Z.: The speed of deals has forced us to really quickly hone in on what we care about. In the past, we had the luxury of having this long laundry list of things we wanted to check off, and positively, we’ve been forced to hone in on the three to five things that we really care about for each deal.

The more significant challenge is that investors who decide in 30 minutes create unrealistic expectations by founders. Sometimes they expect everyone to process information quickly, and I think they’re missing because these funds are not processing the data.

T.C.: What’s one way you get founders to slow down and pay attention?

T.Z.:  We actually give every founder that we’ve come close to making a decision on a complete list of every single founder that we’ve backed in the past with their contact information. Initially, we did this to help us win deals, but I think founders quickly get a sense of what it’s like to work with us, too.

Passport Wait Times Are Awful Right Now. Here’s What To Do.

‘Algorithm updates’ aren’t the end of the...