YOGYAKARTA, Indonesia — A volcanic eruption on Indonesia’s turbulent Mount Merapi churned and boiled Monday, sending renewed flows of lava and ash down its slopes for a second day. Pyroclastic flows — avalanches of rock, ash, and volcanic gas — burst from the mountain’s actively growing lava dome inside the crater. 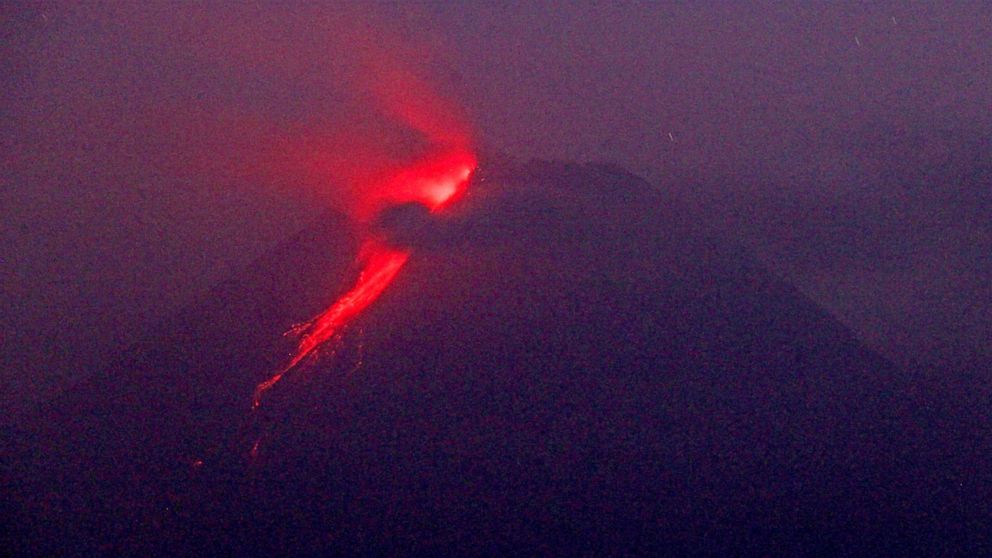 The 2,968-meter (9,737-foot) peak is near Yogyakarta, an ancient city of several hundred thousand people embedded in a large metro area on the island of Java. The city is a center of Javanese culture and a seat of royal dynasties going back centuries.

Hanik Humaid, the head of Yogyakarta’s Volcanology and Geological Hazard Mitigation Center, said the lava dome had been partially collapsing since Sunday when the latest eruption began. The initial blast sent hot ash 1,000 meters (3,280 feet) into the atmosphere.

The mountain spewed at least three new pyroclastic flows on Monday, Humaid said. Mount Merapi is the most volatile of more than 120 active volcanoes in Indonesia, and Humaida said it’s one of the busiest worldwide. She said it’s common for eruptions to last several days.

The Volcanology and Geological Hazard Mitigation Center did not raise Merapi’s alert status this week. It has been at the second-highest of four levels since the mountain began erupting last November.

An archipelago of 270 million people, Indonesia is prone to earthquakes and volcanic activity because it sits along the Pacific “Ring of Fire,” a horseshoe-shaped series of seismic fault lines around the ocean.