NEW DELHI (AP) — A fire in a COVID-19 hospital ward in western India killed 18 patients early Saturday, as the country grappling with the worst outbreak yet steps up a vaccination drive for all its adults even though some states say don’t have enough jabs.

India on Saturday set yet another daily global record with 401,993 new cases, taking its tally to more than 19.1 million. According to the Health Ministry, another 3,523 people died in the past 24 hours, raising the overall fatalities to 211,853. Experts believe both figures are an undercount. 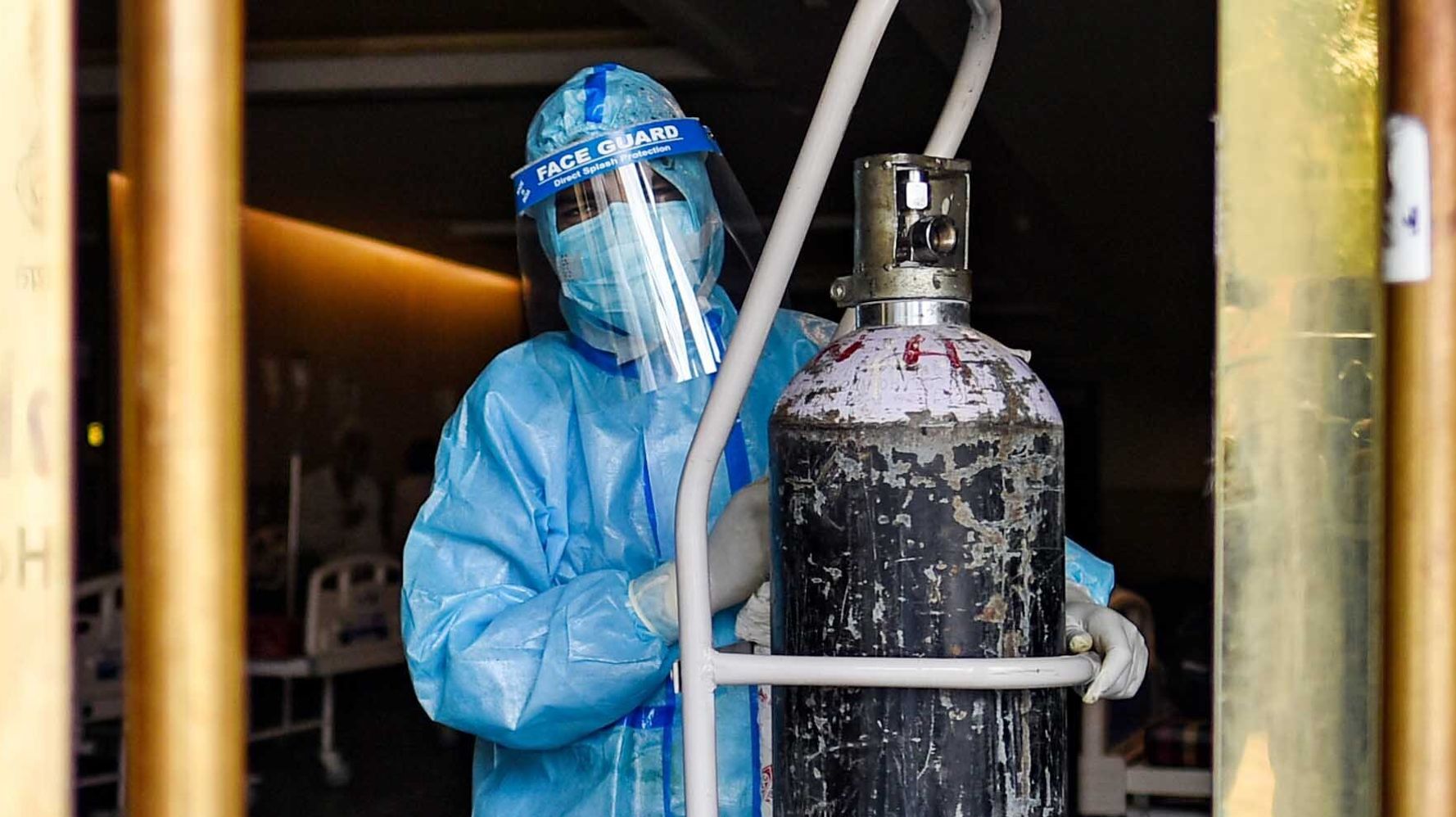 The fire broke out in a COVID-19 ward on the ground floor and was extinguished within an hour, police said. The cause is being investigated.

Thirty-one other patients at the Welfare Hospital in Bharuch, a town in Gujarat state, were rescued by hospital workers and firefighters. Their condition was stable, said police officer B.M Parmar. Eighteen others died in the blaze and smoke before rescuers could reach them, Parmar said.

On April 23, a fire in an intensive care unit killed 13 COVID-19 patients in the Virar area on the outskirts of Mumbai. Eight COVID-19 patients, including a doctor, died at a New Delhi hospital after it ran short of oxygen supplies, the Press Trust of India news agency reported. There was no confirmation by hospital officials.

The New Delhi television news channel also said an attorney for the Batra hospital told a New Delhi court that the hospital ran out of oxygen supply for 80 minutes on Saturday before the tank was replenished.

Hospitals in the Indian capital have been complaining of emergencies caused by irregular oxygen supplies by manufacturers due to the sudden rise in demand. Faced with an unprecedented surge in cases that have filled hospitals and crematoriums, Prime Minister Narendra Modi’s government described the pandemic as a “once-in-a-century crisis.” Modi held a Cabinet meeting Friday that discussed steps to save the country’s crumbling health system by adding hospital beds, resolving production, storage, and transport of oxygen, and tackling the shortage of essential medicines.

Television images showed a woman gasping for breath in her car while her family looked for a hospital bed on the outskirts of New Delhi. The Times of India newspaper reported that the 33-year-old woman couldn’t find room at three hospitals and died in the car on Friday.

Eight COVID-19 patients, including a doctor, died at a New Delhi hospital after it ran short of oxygen supplies, the Press Trust of India news agency reported. There was no confirmation by the hospital officials.

Media reports said that an attorney for the Batra hospital told a New Delhi court that the hospital ran out of oxygen for 80 minutes before the tank was replenished.

Hospitals in the Indian capital have been complaining of disruption in oxygen supplies by manufacturers due to the sudden rise in demand caused by the massive spike in coronavirus infections.

The government on Saturday shifted its faltering vaccination campaign into high gear by saying all adults 18 and over were getting their shots.

Since January, nearly 10% of Indians have received one dose, but only around 1.5% have received both, although India is one of the world’s biggest producers of vaccines.

Some states have already said they don’t have enough doses for everyone. Even the ongoing effort to inoculate people above 45 is stuttering.

The state of Maharashtra has said it won’t be able to start on Saturday. Satyender Jain, the health minister in the capital, New Delhi, said earlier this week that the city doesn’t have enough doses to vaccinate people between 18 and 44.

The U.S. meanwhile joined a growing list of countries restricting travel from India, the White House said, citing the devastating rise in COVID-19 cases and the emergence of potentially dangerous variants of the coronavirus.

President Joe Biden spoke Monday with Modi about the growing health crisis and pledged to immediately send assistance. This week, the U.S. began delivering therapeutics, rapid virus tests, and oxygen to India, along with some materials needed for India to boost its domestic production of COVID-19 vaccines.

Additionally, a CDC team of public health experts was expected to be on the ground soon to help Indian health officials move to slow the spread of the virus.

Other nations have also sent assistance, and the Indian air force airlifted oxygen containers from Singapore, Dubai, and Bangkok.

A German military aircraft with 120 ventilators for India departed Saturday morning from Cologne, and plans were being made for other flights with more supplies. Also on board was a team of 13 that will help prepare to set up a mobile oxygen production unit flown to India next week, German news agency dpa said.

What mascara wasn’t worth the splurge?

Georgia County Shuts Down All Schools Amid...

A Run-In With An Unvaccinated Woman Has...