NEW DELHI (AP) — India crossed a grim milestone Wednesday of 200,000 people lost to the coronavirus as a devastating surge of new infections tears through dense cities and rural areas alike and overwhelms health care systems on the brink of collapse.

The health ministry reported a single-day record 3,293 COVID-19 deaths in the last 24 hours, bringing India’s total fatalities to 201,187, as the world’s second-most populous country endures its darkest chapter of the pandemic yet. 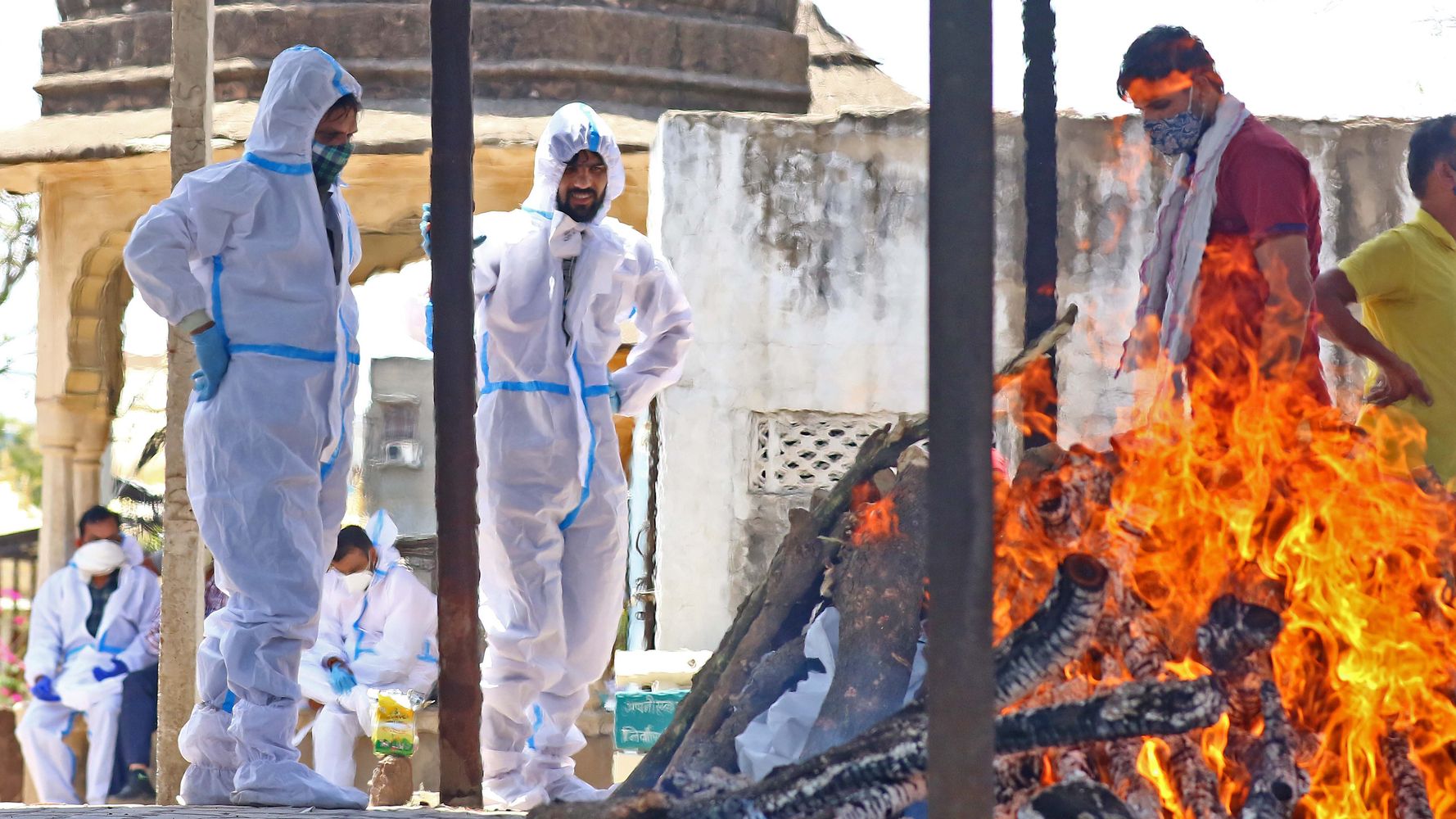 The country also reported 362,757 new infections, a new global record, which raised the overall total past 17.9 million. On Monday, the previous high of 350,000 had capped a five-day streak of recording the most significant single-day increases in any country throughout the pandemic.

India, a country of nearly 1.4 billion people, is the fourth to cross 200,000 deaths, behind the United States, Brazil, and Mexico. And as in many nations, experts believe the coronavirus infections and fatalities in India are severe undercounts.

The first known COVID-19 death in India happened on March 12, 2020, in southern Karnataka state. It took five months to reach the first 50,000 dead. The toll hit 100,000 deaths in the next two months in October 2020 and 150,000 three months later in January. Deaths slowed until mid-March, only to sharply rise again.

For the past week, more than 2,000 Indians have died every day. India thought it had weathered the worst pandemic last year, but the virus is now racing through its population, and systems are beginning to collapse.

Hospitalizations and deaths have reached record highs, overwhelming health care workers. Patients are suffocating because hospitals’ oxygen supplies have run out. Desperate family members send SOS messages on social media, hoping someone would help them find oxygen cylinders, empty hospital beds, and critical drugs for their loved ones. Crematoriums have spilled over into parking lots, lighting up night skies in some cities.

With its health care system sinking fast, India is now looking at other nations to pull it out of the record surge barreling through one state and then another.

Many countries have offered assistance, including the U.S., to help with personal protective equipment, tests, and oxygen supplies. The U.S. will also send raw materials for vaccine production, strengthening India’s capacity to manufacture more AstraZeneca doses.

They also say the government’s mixed messaging and its premature declarations of victory over the virus encouraged people to relax when they should have continued strict adherence to physical distancing, wearing masks, and avoiding large crowds.

The national capital New Delhi is in lockdown, as are the southern states of Maharashtra and Karnataka. Some other states, too, have enforced restrictions to curb the spread of the virus.

India has also called on its armed forces to help fight the devastating crisis. Late Monday, India’s chief of Defense Staff, General Bipin Rawat, said that oxygen supplies would be released from armed forces reserves. Its retired medical personnel would join health facilities to ease the pressure on doctors.

Meanwhile, India’s vaccination program appears to be struggling. So far, nearly 10% of the country’s population have received one jab, but just over 1.5% have received both vaccines. Indians 18 and older will be eligible for a vaccine from Saturday. Meanwhile, the loss of lives is accelerating.

Radha Gobindo Pramanik is among the countless Indians who lost a family member to the virus. His daughter, Navanita Paramanik Rajput, died on April 18.

At first, Rajput complained of colds and fever. But when the 37-year-old’s oxygen levels started to drop, her father and husband decided to take her to a government hospital.

Pramanik said she came out of the ambulance smiling, but when her husband finished filling the hospital registration form, her daughter was gasping for breath.

“Before I could understand anything, she collapsed in the arms of her husband,” Pramanik said, sobbing. Associated Press writer Biswajeet Banerjee reported from Lucknow.

What firms need to do now the start date has passed