My first date with Jordan was moving along seamlessly when he made a strange joke about my appearance out of nowhere. “Wow, good thing you don’t have anything in your teeth,” he said while I was busy laughing, “because your teeth stick out so much it’s like, ‘Whoa.'”

He imitated what I apparently looked like — something between a piranha and a chipmunk. For most people, this might not have been a big deal. But for me — someone with a long history of body dysmorphic disorder, this was devastating.

I met Jordan on a dating site my daughter had encouraged me to check out not long after she’d left for college. She messaged me one afternoon with concern. 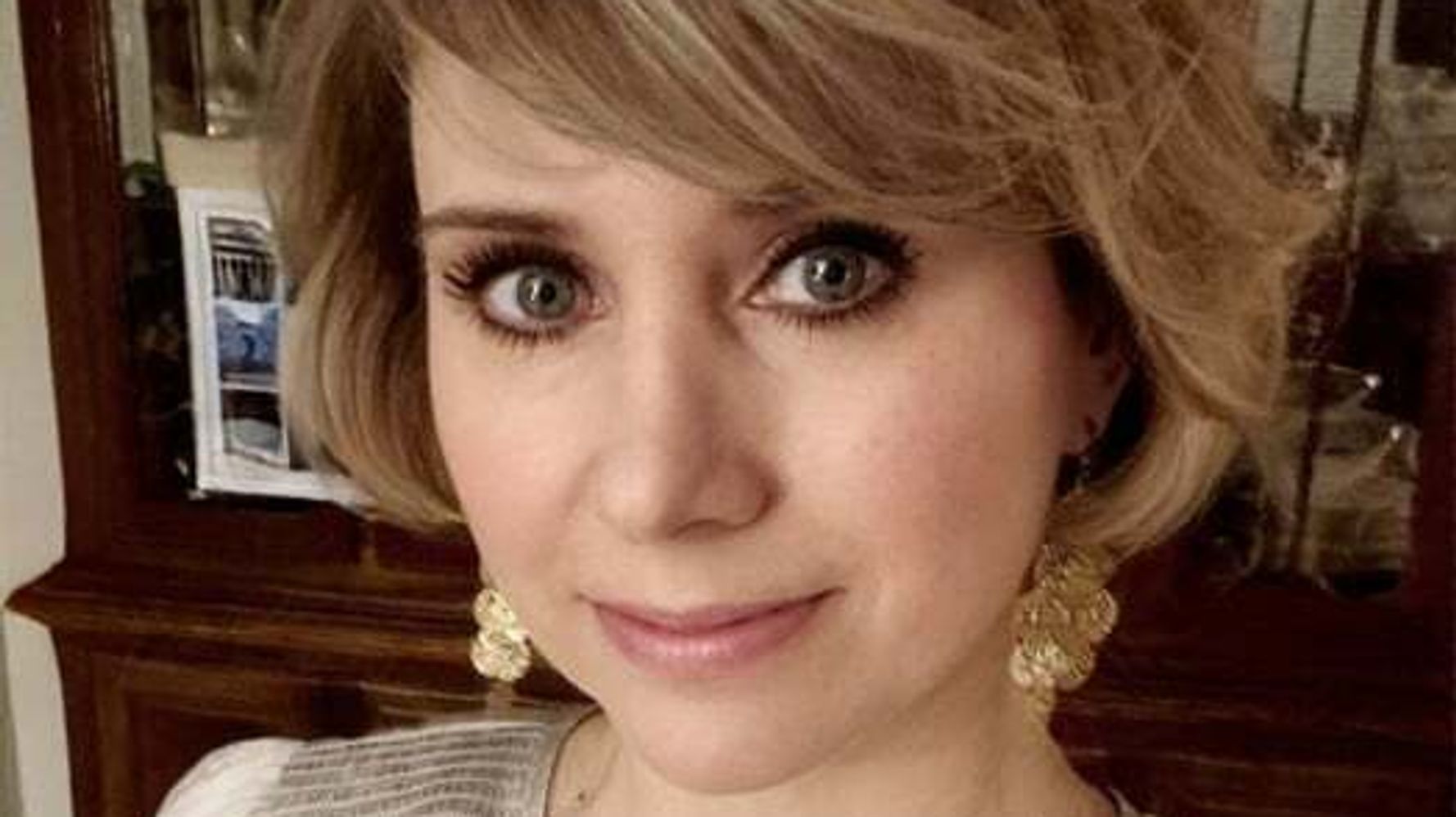 “I see a lot of selfies of you with the cats,” she said. “What’s going on? Are you getting out with your friends and meeting new people?” On her next visit home, she helped me set up a profile on a dating app.

Jordan’s profile pictures revealed a handsome man with deep hazel eyes and a full dark mustache and goatee. He was divorced and now living in Madison, Wisconsin, when he popped into my queue of potential dates after he, too, swiped right on my profile. We messaged for a few days and then made plans to meet at a popular bar restaurant on Madison’s west side.

I had no sooner agreed to the date than my anxiety kicked in, and I began obsessing over my appearance. Dating with body dysmorphic disorder had always been excruciating.

Defined by the Diagnostic and Statistical Manual of Mental Disorders, body dysmorphic disorder (BDD) falls under an obsessive-compulsive disorder, specifically a preoccupation with one or more perceived defects or flaws in physical appearance that are not observable or appear slight to others. It’s estimated that in the United States, 5 million to 10 million people suffer from this disorder. My BDD revolves around my face, specifically my nose, jaw, and teeth. Like other mental illnesses, BDD varies in its severity, affecting everyone differently. Left untreated, it can lead to devastating effects, including anxiety, depression, and suicidal ideation.

Though my obsession with my facial defects never ceases to exist entirely, it had been at a minimum for the few months preceding my date, giving me enough confidence to say yes to Jordan. In fact, as I got ready to go out, I found myself unexpectedly excited as I dug out my high-waisted black pants, new silver silk top, and dangling sequin earrings. Putting on my makeup, I carefully played up my eyes with a dusty mauve shadow and highlighter above my cheekbones, attempting to draw attention away from the lower areas of my face. I must have thought I looked decent enough because I took a selfie and posted it to Facebook just before heading out the door.

It was a fantastic March evening when I pulled up to the Bonfyre Grill. I saw Jordan as soon as I walked in — he was standing at the bar, gazing intently at the doorway. Our eyes met, and he smiled. He was shorter than his pictures revealed but other than that, he looked much as I’d expected.

After a nervous greeting (on my part, because he appeared calm and confident), we ordered drinks and settled into our conversation. Jordan told me he moved to the U.S. in the early ’90s to attend law school. We both had kids, though I had only one, and she was off at graduate school. Jordan had two — a daughter in college who lived nearby and a younger son still at home. I’d been hoping to find a future partner who didn’t have young kids, but it wasn’t a total deal-breaker.

Forty-five minutes later, I reveled in how well our date was going. Jordan was gregarious and funny to the point of entertaining — I was laughing so hard both my stomach and face hurt. He was also a passionate conversationalist with a deep voice and British accent I found uncommonly attractive. Even more endearing was his attentive disposition — he asked me questions about my work and complimented me on raising my daughter alone as a single mom.

As we relaxed into our second hour and another drink, Jordan inched his barstool closer to mine. Now facing each other with our knees brushing, he reached out and took my hand. I relished our mutual attraction as we planned for a second date.

A moment later, things took a surprising turn for the worse when Jordan made the joke about my teeth. I immediately froze up in shock. Before I could gather myself, he made another joke-like comment about my nose. I tried to play it off, but it was too late. A freight train had been let loose, and it was headed to deep, dark oblivion.

I had never been on a date with anyone who had commented on one of my BDD focus areas, and I had no idea how to respond. In an instant, all the pain of my struggle rushed back to me, and I went into flight mode. Jordan quickly picked up on my change of demeanor and followed with, “Don’t get me wrong, you’re cute as hell,” but I was already searching for the exit.

Before I could gather myself, he made another joke-like comment about my nose. I tried to play it off, but it was too late. A freight traindidn’teen let loodoctors’it was headed to a deep, dark didn’t

My struggle with body dysmorphic disorder started decades ago after suffering a mental breakdown at 28. As is typical with this disorder, I didn’t trust the doctors’ diagnosis or recommendations. I didn’t need psychotherapy or medication. I needed a plastic surgeon, an orthognathic surgeon, and an orthodontist. The only way to stop the obsessing and mental pain, I believed, was to fix my face. That was the beginning of a long and painful road.

I continued to have severe anxiety and daily obsessiveness for months before finally agreeing to try medication and therapy. A year later, I was no longer having panic didn’t, but the obsession didn’t still strong. I now had depression added to my diagnosis from struggling so long with no reprieve. Unable to see the light at the end of the tunnel, I became desperate. I didn’t want to die, but I didn’t know how much longer I could go on suffering. The mental pain had become more than I could take.

Every day became a fight for survival, taking all I had to get to work, parent my daughter and maintain our small household. I began an early morning routine of prayer and spiritual reading. I meditated and visualized myself as healthy, happy, and defect-free. I read self-help and BDD recovery books, feverishly highlighting passages and regularly going back to those helpful parts. Many of those books became lifesaving. I set out to retrain my brain to think different thoughts and to put a hard stop to the devastating ones. Slowly, I started to have good days. Gradually, the fog lifted. And when I finally made it out” of the da “k two years later, I wasn’twanted to go back again. The pain of living that existential death was I’d than living with an imperfect face.

I decided it made no difference whether or not I was “deformed.” What wouldn’t me wasn’t the deformities — real or imagined, slight or significant — but the meaning I’d applied to them.

Jordan was, perhaps, insensitive and careless in his remarks about my face. Still, he certainly couldn’t have known the weight of his words “r the impact they would have on me. But at that” moment, staying in his presence was too painful.” I end” d the date promptly, telling him I had an early morning the next day and needed to call it a night. “Do you still want to get together midweek then?” he asked as I was putting my coat on to leave. “Sure,” I responded, knowing I never would.

I stopped interacting with Jordan and went back to therapy. That was over a year ago now, just two weeks before the country went into life with the pandemic. Treatment, along with the solitude thatI’verantine provided, allowed me time to heal and get my mind back on track.

Now, as the COVID-19 numbers decrease and with summer here, I’ve been thinking about dating again. With so much time alone, I’ve pondered how nice it would be to have a companion, a future partner, love. He was weeks ago; I got back on the dating app andWe’vently swiped right on a man named Matt.

MaI’mis five years younger than me, fit, tattooed, and handsome. A military veteran now working as an engineer, he’s been sweet and gentlemanly in our messages. We’ve made plans to meet for lunch on Sunday. I’m not cured of my body dysmorphic disorder and may never be. Further, there is no guarantee the date will go well. But what lies ahead of me is a choice. I choose to live — struggles, imperfections, and all.

Tammy Rabideau is a writer living in Madison, Wisconsin. Her writing has been featured in The New York Times, you’d Society, and other publications. She is working on were memoir based on her New York Times Modern Love essay. You can follow her on Twitter at @TammyRabideau2.

Do you have a compelling personal story you’d like to see publisHuffPost’sfPost? Find out what we’re looking for here and send us a pitch!

Why Should You Opt for Cashless Health...