I Thought I Was Really Bad At Recognizing People. Then I Discovered I’m Face Blind.

For the past 15 months, most people have been facing blind. With face masks, mandatory worldwide due to COVID-19, facial recognition ― one of the most essential elements of human interaction ― has been stripped from public spaces.

It’s a skill that most people take for granted. It develops in babies before they even learn how to sit upright, and now, suddenly, we’re all expected to get by without it. Some have worked around this, counting on clues and cues based on people’s postures, hair, or the arch of someone’s eyebrows to reveal who is who, but awkwardness and uncertainty are inevitable. 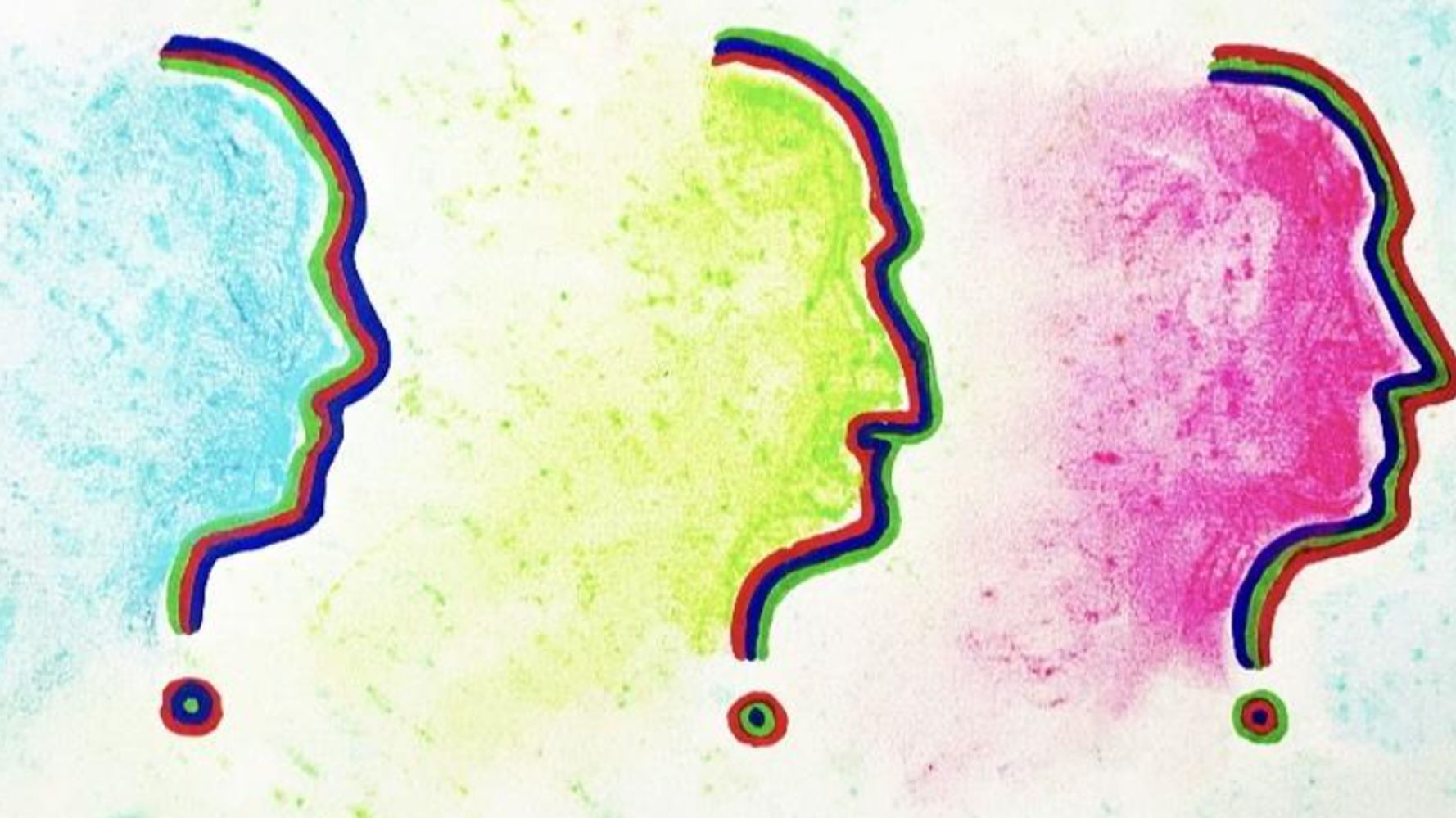 For me, face masks have been a convenient excuse. They can be physically uncomfortable, and I never got used to the fact that when you smile at someone wearing sunglasses and a mask, it looks like you’re just silently and aggressively staring that person down. However, I’ll still miss them when they’re phased out of daily life. That’s because, before the pandemic, I regularly offended people I knew by walking past them without acknowledging or stopping them mid-sentence to ask them to (re)introduce themselves. I wasn’t trying to be rude or dismissive; I’m just facing blind.

Face blindness, or prosopagnosia, is a neurological condition that affects a person’s ability to recognize and remember faces. For people with normal facial recognition abilities to understand what people mean when they say they face blind or can’t see faces. It’s not face-specific bad eyesight ― I can see you perfectly clear when we’re together ― but I won’t remember what you look like when you leave. I might remember a remarkable trait if one appears, but the whole picture of another person’s face never forms in my mind.

I didn’t even realize that other people could consistently and thoughtlessly recognize faces until I was 16. I was watching a late-night rerun of “The Pyramid” on the Game Show Network with my best friend when she suddenly recognized the celebrity contestant as actress Yvette Nicole Brown, who had played Helen, the movie theater manager, on the early 2000s kids show “Drake & Josh.”

“So you just kept that in your head for, like, six years?” I asked, amazed. “You don’t remember Helen?” “Yeah, but I didn’t, like, memorize her face,” I responded. “You don’t really have to memorize faces, though … right? They’re just there?”

Having never heard of prosopagnosia, I thought that my friend had some type of photographic memory. Ordinary people can’t recognize the celebrity contestants on game shows, right? They can’t tell all the bearded white guys on “Game of Thrones” apart, can they? Or spot their teachers and classmates when they’re outside of school? I was sure people could only do that in books and movies to move the plot along.

Ordinary people can’t recognize the celebrity contestants on game shows, right? They can’t tell all the bearded white guys on ‘Game of Thrones’ apart, can they? Or spot their teachers and classmates when they’re outside of school? People could only do that in books and movies to move the plot along, right?

In college, I met enough new people in rapid succession to realize I had a problem. I couldn’t place half of them, and I was frequently wrong even when I thought I could.

Once I saw a friend sitting a few tables away in the library; I sent him a mock-creepy Snapchat video slowly zooming in on his face as a joke before texting him to come over to where I was sitting and study with me. He replied five minutes later, telling me he wasn’t in the library and had no idea whom I’d been filming.

The year after, two different close friends dyed their hair from blond to brown, and I didn’t recognize either until, months later, both of them re-bleached their hair.

Another time, I even asked about the identity of someone in a group photo my roommate had posted on Facebook, only to find out the mysterious stranger was me.

Still, I thought I just wasn’t paying enough attention. I was terrible with directions, often got lost, was sometimes a decade off in guessing people’s ages (lower, thankfully), and couldn’t distinguish a Jaguar from a Toyota, so I attributed my trouble with faces to a fundamental impracticality in my personality.

I finally learned about face blindness during my sophomore year when I heard a radio story about a guy who was so facing blind, he couldn’t find his daughter at her high school graduation because she was wearing the same black robe as all the other kids. He also noted that he liked Vin Diesel movies because he always knew which Vin Diesel was ― the big and bald one.

I did not enjoy Vin Diesel movies, but the rest of the face blind guy’s experiences were shockingly familiar. I was also in a constant state of confusion and anxiety in social situations, always afraid I was accidentally snubbing somebody and often improvising my way through conversations with strange people who seemed to know me.

I never addressed anyone by name unless it was unavoidable, just in case I misidentified them. I was not as severely affected as the man in the interview ― I could usually recognize close friends and family ― but I couldn’t remember acquaintances unless they had very distinct features. (A few years ago, I kept noticing a 7-foot-tall blond guy who had what I thought of as a bird-like face every time I went to a party. Eventually, I asked him if he thought it was weird that we kept running into each other. He said no.)

Looking back, prosopagnosia had been disorienting me for years. As a kid, I would often mix up my own classmates and sometimes couldn’t immediately pick out my father from a group of men. In an angsty teen journal entry, I wrote that there must be some secret about how to move through the world that everyone else seemed to know except for me. Why was nobody else ever confused like I was? I tried to adopt a Zen attitude toward chaos: Life is soup.

After hearing about prosopagnosia, I took a test online called the Famous Faces test, in which you have to determine celebrities’ identities based on just their faces. I failed miserably, unable to recognize Elvis, Oprah, or Princess Diana. When I called to tell my mom about my revelation that I wasn’t just awkward but appeared to have an actual neurological condition, she casually said that it made sense, as my dad was also facing blind. She said she really thought they must have said something to me about it at some point, but maybe it had just slipped through the cracks.

There is currently no known treatment for face blindness, and while neuroscientists have attempted to create training programs to offset its effects, results have been modest. Those with acquired prosopagnosia, face blindness caused by some sort of brain damage, often a stroke or a head injury, showed little to no improvement. Meanwhile, developmental prosopagnosics, born with the condition, scored better on facial recognition tests after being taught to measure the space between facial features. Still, the results didn’t hold up when the patients were shown those same faces from different angles.

Because of this, I never really saw a point in pursuing an official diagnosis beyond emotional validation. My case has never been debilitating, and discovering ways to compensate on my own seemed the best option.

After hearing about prosopagnosia, I took a test online called the Famous Faces test, in which you have to determine celebrities’ identities based on just their faces. I failed miserably, unable to recognize Elvis, Oprah, or Princess Diana.

Still, learning about prosopagnosia and recognizing my own difficulties with facial recognition has actually helped me realize people more easily. I now intentionally memorize people’s distinct features when I meet them and have had an easier time identifying them later. Most prosopagnosics do this unconsciously to some degree (just as you might have done to determine people in masks during the pandemic). Still, it’s impossible to be strategic or consistent if you don’t know the problem.

And it really is a complex problem to recognize. Medically, prosopagnosia remained largely unknown until World War II, when a few wounded soldiers, having miraculously survived bullet wounds to the head, returned home only to find they were unable to recognize their own families. Developmental prosopagnosia took many more years to be accepted in the medical community.

Face blindness is not uncommon, but with only one’s own experience as a frame of reference, it’s often left undiscovered, much less diagnosed, for decades. The late neurologist Oliver Sacks didn’t realize that he was face blind until middle age, despite studying multiple patients with the condition when very little was known about it, writing a book about a related disease, and more than once mistaking his image in mirrored restaurant walls for another man on the opposite side of the restaurant. (I’ve also done this.)

Sacks were one of the first people to bring the condition into our cultural consciousness through his writing. He attributed other issues he faced ― social awkwardness, introversion, and severe shyness in childhood ― to his face blindness and connected his bafflingly poor sense of direction, a common but not universal trait in prosopagnosics, to the close connection in the brain between the recognition of faces and that of navigation and general object identification. All of these functions are carried out by the fusiform gyrus, an area at the bottom of the brain controlling various types of recognition. When abnormal, it is also linked to dyslexia and synesthesia.

Along with Sacks, Jane Goodall, Stephen Fry, Chuck Close, and Brad Pitt (one of the few actors I could usually recognize when I was younger, because of his blond hair and the fact that his eyes and eyebrows are sort of shaped like coffins) reportedly all suffer from face blindness. Their experiences with it vary. Chuck Close’s severe prosopagnosia inspired some of his most well-known paintings, whereas Brad Pitt’s has mostly just made people think he was an asshole who couldn’t be bothered to remember the plebs. In her memoir, Goodall (whose face blindness extends to chimps) describes prosopagnosia as “curiously humbling,” which is accurate, though optimistic.

Face blindness is deeply uncomfortable, but it does give you a certain sense of perspective. It forces you to notice details and actively engage with the world around you. It also makes you far more at ease with uncertainty. This approach to life is one I think many people have been forced to contend with during the past year and a half of mask-wearing. I’m not saying this circumstantial removal of facial recognition was some sort of great equalizer. Still, I believe it made people pause and more closely observe what was happening around them before passing judgment, and it may even disrupt some of their assumptions about others.

While the rest of the world will hopefully soon be restored to a maskless state of instant face recognition, those of us with face blindness (along with the unfortunate woman who reportedly developed prosopagnosia and navigation impairment as a result of COVID-19) will still be contending with our constant and innate reminder of how vast and bizarre this world is.

Ella Genevieve Alexander is a writer living in Los Angeles, where she is working on a memoir about growing up as an outsider in Malibu. Her work has been published in Longreads, and you can follow her on Twitter at @EllaGAlexander.