‘How to hire’ is the new ‘how to conserve runway’ – TechCrunch

Thanks for reading Startups Weekly. Want the weekly digest in your inbox every Saturday? Sign up here.  When COVID-19 first began to infect the world, my interviews with venture capitalists all somewhat fit into the same mold. Investors would tell me that they’re “triaging” their own portfolio to understand how to help startups rocked by the pandemic. While no one outright said they would stop investing in new opportunities, many spoke on turning inward instead of outward to navigate the uncertain time.

Then the conversation would inevitably turn toward runway, aka the amount of capital that would dictate how many months they could stay in business before shutting down. Every founder was thinking about it. Every VC was advising their portfolio companies to be smart about spending. One startup even launched a product to help founders secure money in preparation for a broader pullback from traditional investors. For what it’s worth, that startup, ClearCo, is now a unicorn. 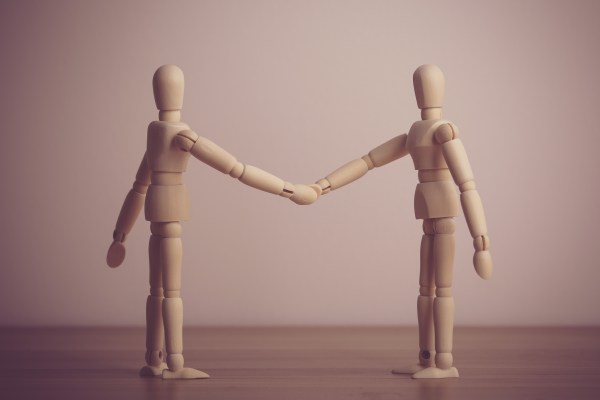 Fast-forward to over a year later, and it’s been months since I’ve heard the word runway. The phrase has all but disappeared as venture capital as an asset class exploded with new check-writers and record-breaking fund closes. As companies raise follow-on financing weeks, instead of years, after prior rounds, I wondered what the new tension was in startup land.

In a conversation this week, NEA partner Ann Bordetsky put it simply: “It’s easy to raise and hard to hire.” Borders, who joined NEA this year, said that the next six months of advice for founders will be all about hiring. “Figure out your unfair advantage for hiring the best talent,” she said. “Not everyone can hire the best of the best, so hiring is going to make or break a lot of companies.” Put differently, “how to hire” is the new “how to conserve runway.”

Hiring has always been hard for startups, which are more strapped for resources than, say, a Facebook that can offer an engineer a $1 million signing bonus without blinking an eye. Still, founders tell me that hiring is only more challenging as more well-capitalized startups are rising with impressive valuations.

We’ve been covering it for years, but expect the conversation to grow only louder. We are in the Great Resignation, after all.

In the rest of this newsletter, we’ll discuss the growth and resiliency of Nuro, OnlyFans’ bombshell news, and the first women’s health unicorn. As always, you can support me by following me on Twitter @nmasc_ and sharing this newsletter with two of your friends.

Summary show
The Nuro EC-1
Will OnlyFans lose its only fans?
From Matney’s op-ed:
Wom​​en’s health gets its first unicorn.

Quiet and autonomous delivery don’t necessarily find themselves in the same sentence often, unless, of course, you’re talking about Nuro. Our latest EC-1 looks under the hood of the AV startup, built by former Google self-driving project employees, as it finds its voice.

Here’s what you need to know: The 4-part series explores Nuro’s route to a $5 billion valuation, including Domino’s and a regulatory obstacle course. It was written by Mark Harris and edited by Kirsten Korosec.

Will OnlyFans lose its only fans?

This shutdown is also the opportunity of a lifetime for the crypto industry, which could capitalize on the shutdown and a recent wave of increasingly consumer-friendly crypto payments infrastructure products to create a platform that won’t crumble under the influence of payment providers.

The real challenge is in making it simple to onboard new users to both a new platform and potentially their first crypto wallet — while staying compliant with regulatory guidelines — at a time when more conventional web payment structures have gotten so streamlined and, free adult content is just as prolific as ever.

Wom​​en’s health gets its first unicorn.

This week on Equity, we discussed a rarity in the world of tech: A women-led company in the women’s health space became a unicorn in a financing led by women. The historic move by Maven, founded by Kate Ryder, shows how women’s health is anything but a niche market.

Here’s what you need to know: With fresh capitalization, Maven’s comprehensive women’s health digital clinic and benefits service could now become a platform play. My take is that the company wants to quietly show people how women’s health is tied to everyone’s health. We’ll likely see the startup expand its lens of who it serves, and we’ve already seen it grow into family care. Diving into digital health more: Around TCAcross the weekend on TechCrunchSeen on Extra Crunch Same time, same place, next week? Okay cool.