Guest View: The time has come for RPA standards

The robotic process automation (RPA) market is white-hot. Driven in part by the global pandemic, which pressured companies to digitally transform the way they work and do business, RPA has rapidly become the fastest-growing enterprise technology for industrial and manufacturing operations.

Projected RPA sales for 2021 are on track to exceed 2020’s $1.5 billion sales by nearly 20 percent. There’s a lot of money being thrown at RPA investment, too. UIPath, one of the major players in RPA, has raised upwards of $2 billion while still being a private company and was recently valued at $35 billion earlier this year. 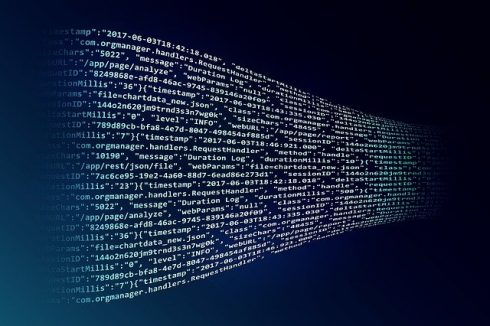 Yet, despite all of this momentum behind RPA, one of the most significant challenges across the segment is the lack of industry standards for how to process automations are specified. Consequently, as many as 40 percent of all automation initiatives fail to realize positive returns on investment, such as lower costs, increased productivity, or better customer experiences. And only a small percentage of organizations have actually been able to successfully scale their digital workforce.

Perhaps what’s most frustrating about these lackluster results is that they are often the by-product of easily avoidable errors. We can right the ship reasonably quickly, however, by establishing a core structure for automation, a set of design standards that would exist to help prevent errors and keep RPA on its skyrocketing trajectory.

Consider for a moment what having a set of standards accomplished for the portable document format – or PDF. When Adobe released the PDF as an open standard a few years back, the ability to save a PDF in any word processor and open it in another tool freed up cooperation and portability that did not exist previously. These standards, in effect, advanced the paperless office and fueled digital transformations everywhere.

Automation doesn’t have to be different. However, if RPA vendors, influencers, and others like us continue to operate without design standards, we will continue to experience the following problems.

Today, all the leading RPA vendors have their own way of describing process automations, making it extremely difficult for a company to change RPA vendors without starting a new RPA build from scratch; the ability to open, read, and act on automation project files is essentially limited to the RPA vendor and the platform a company is using. Faced with the prospect of high costs and strains on time and resources of switching platforms, companies become locked into their current RPA vendor.

This scenario is exacerbated when a company uses an automation vendor that goes out of business or discontinues its product. A company in this position can only rebuild its entire RPA system with no support from the original vendor and, what’s worse, has no ability for its bots to operate on another platform. A total loss.

It’s no secret that RPA deployments often battle automation pipeline bottlenecks. Reasons can be attributed to soft governance, not identifying and prioritizing automation candidates, or simply the taxing nature of RPA maintenance and support. As serious as these factors contribute to the problem, the real culprit is a lack of compatibility and interoperability among platforms, which could be mitigated through universal RPA design standards.

Take process discovery tools, for instance. These tools are essential in the automation toolchain, but without universal RPA design standards, they describe discovered processes in their own way. In other words, procedures must be transcribed by hand before developing and deploying them into an RPA platform. Thus, automations stall, and, not surprisingly, money is burned, and time is wasted.

Fast, not so fast

As previously noted, the RPA market is growing at a tremendous rate despite known drawbacks. But frustration with scaling and delivering on RPA returns has many companies and industries shying away from further investment in the technology. That, combined with the problems created by having no RPA design standards, will eventually throttle down market growth. Likewise, improvements to RPA technology will advance at a snail’s pace without the type of collaboration afforded by industry standards.

Again, when considering the PDF example, the automation market could greatly benefit from a set of standards. At the very least, a common way to specify process automations would connect data similarities into a format that all RPA tools can understand. By doing this, digital workforces could more easily migrate from one platform to another; drastic improvements could be made to productivity, and RPA candidate identification and the RPA market spend and growth would accelerate in response to better RPA ROI.

We’ve only begun to scratch the surface of what automation can be, and most organizations we speak to are in the early days of their RPA journey and with relatively crude technology. What RPA will be able to do over the next few years will be transformative. Having a well-defined set of RPA design standards would help us realize this sooner than later.

A low-code approach to app protection