HTTPS-related enhancements aren’t the only improvements coming to Chrome soon. On Tuesday, Google detailed a handful of more minor tweaks it plans to roll out to Chrome on Android, Windows, Mac, Linux, and Chrome OS in the coming weeks. 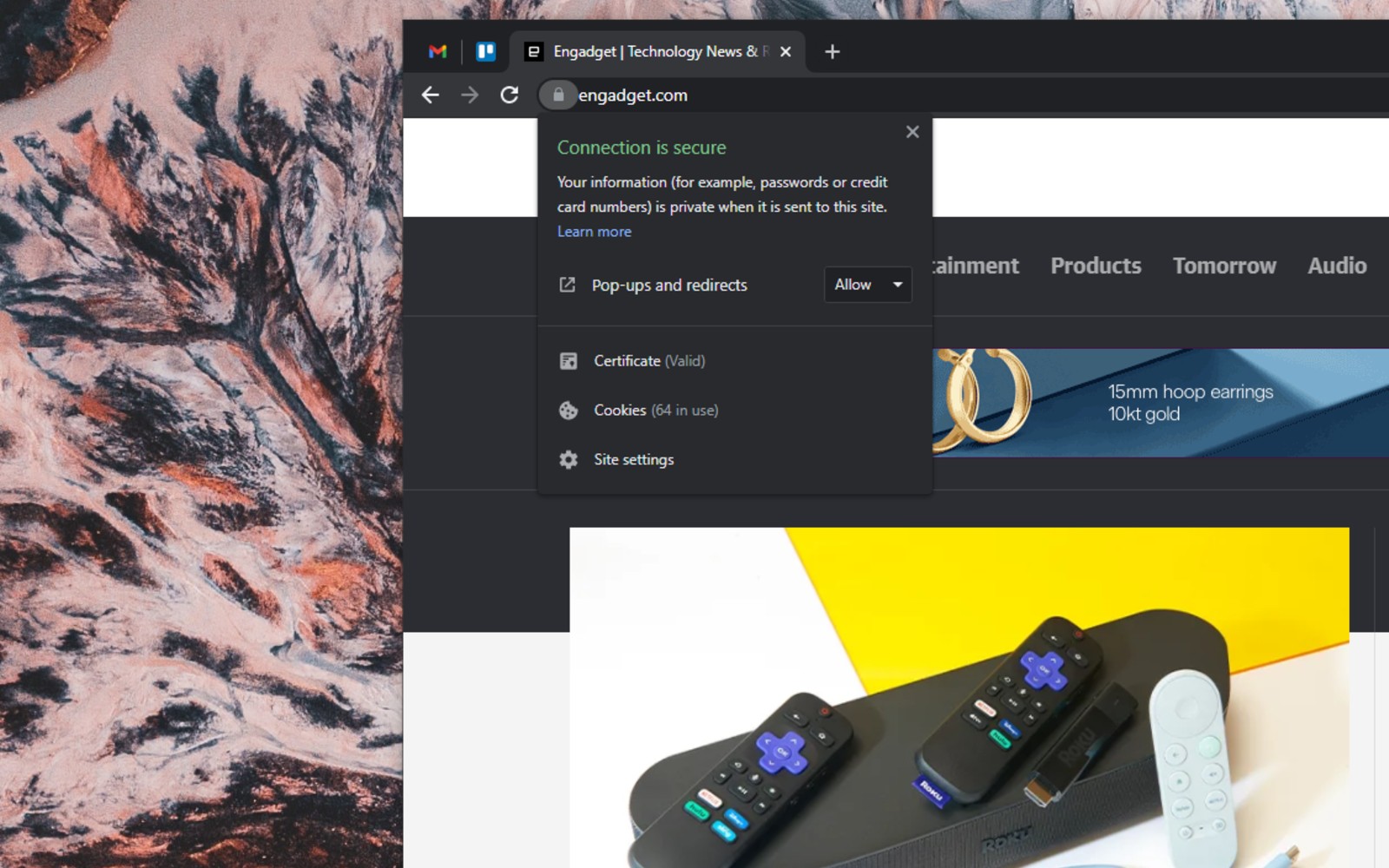 To start, the company says it’s making it easier to track individual site permissions. By tapping the lock icon in the address bar (pictured above), you’ll be able to see if you’ve granted website access to your location, microphone, camera, and other sensitive information, and easily toggle those on and off. In the coming weeks, Google also plans to add an option here that will allow you to delete a webpage from your browsing history. Google says these updated site controls will roll out first to Chrome on Android phones and tablets before moving to other platforms later.

The company is also introducing new Chrome Actions. First introduced last year, they’re commands you can type into the address bar to quickly access a feature. For instance, you can write “delete history” to clear your browsing data. A new “safety check” command will tell Chrome to conduct an audit of your passwords, as well as scan for malicious extensions. Chrome will also soon allow you to type “manage security settings” and “manage sync” to access the relevant controls mentioned in those commands.

Rounding things off, Google has updated Chrome’s Site Isolation feature to cover a broader range of websites and extensions. Phishing protection is also improved, with Google claiming it’s 50 times faster and uses less battery life. As mentioned above, you won’t have to wait long to try out these latest features, with Google promising to roll them out in the coming weeks.

Our favorite shows, audiobooks and music to...