RIO DE JANEIRO (AP) — The global death toll from the coronavirus topped a staggering 3 million people Saturday amid repeated setbacks in the worldwide vaccination campaign and a deepening crisis in places such as Brazil, India, and France.

As compiled by Johns Hopkins University, the number of lives lost is about equal to the population of Kyiv, Ukraine; Caracas, Venezuela; or metropolitan Lisbon, Portugal. It is more significant than Chicago (2.7 million) and equivalent to Philadelphia and Dallas combined. 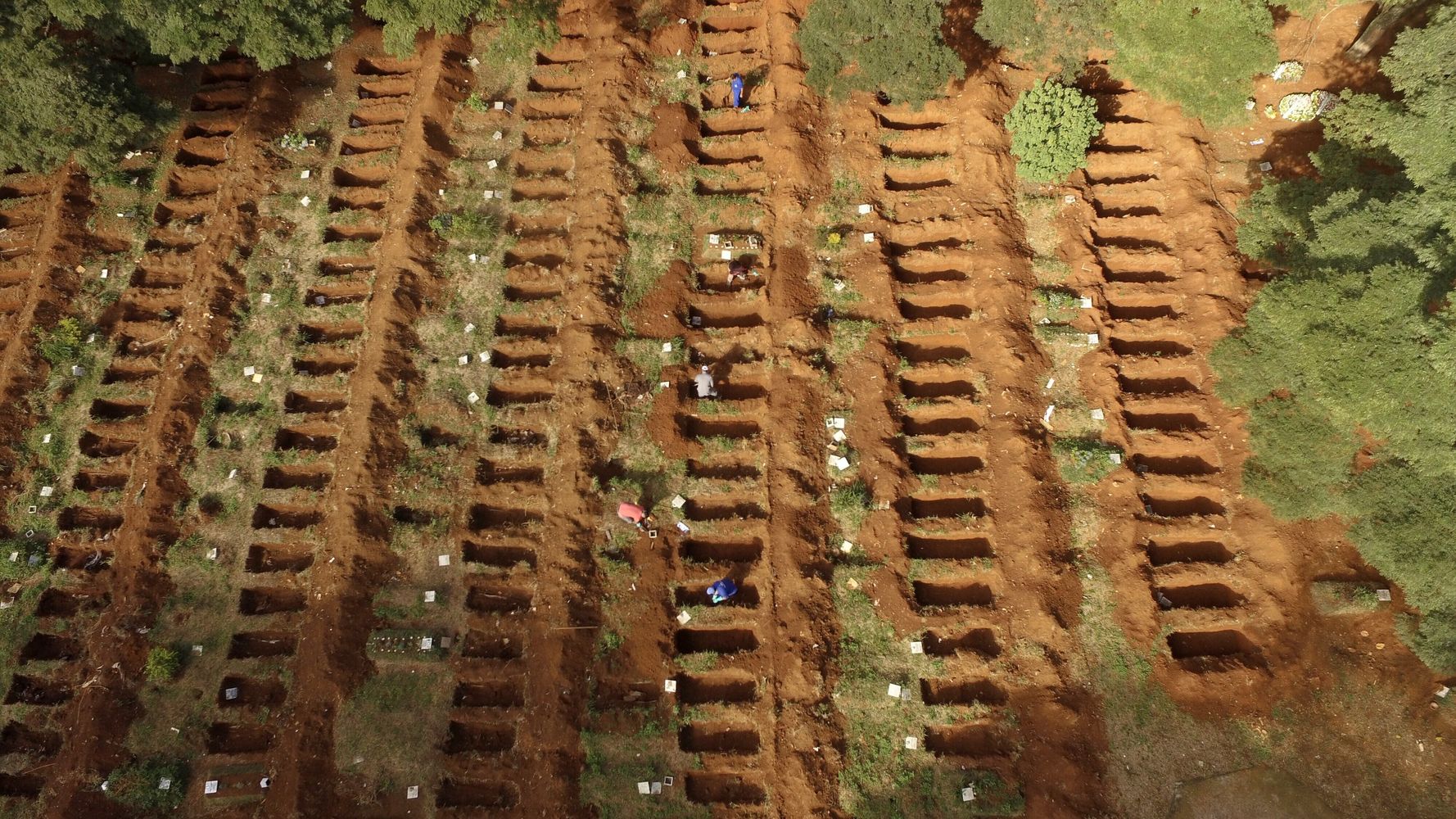 And the actual number is believed to be significantly higher because of possible government concealment and the many cases overlooked in the early stages of the outbreak that began in Wuhan, China, at the end of 2019.

When the world back in January passed the bleak threshold of 2 million deaths, immunization drives had just started in Europe and the United States. They are underway in more than 190 countries, though progress in bringing the virus under control varies widely.

While the campaigns in the U.S. and Britain have hit their stride and people and businesses there are beginning to contemplate life after the pandemic, other places, mostly poorer countries but some rich ones as well, are lagging behind in putting shots in arms and have imposed new lockdowns and other restrictions as virus cases soar.

Worldwide, deaths are rising again, running at around 12,000 per day on average, and new cases are climbing too, eclipsing 700,000 a day.

“This is not the situation we want to be in 16 months into a pandemic, where we have proven control measures,” said Maria Van Kerkhove, one of the World Health Organization’s leaders on COVID-19.

In Brazil, where deaths are running at about 3,000 per day, accounting for one-quarter of the lives lost worldwide in recent weeks, the crisis has been likened to a “raging inferno” by one WHO official. A more contagious variant of the virus has been rampaging across the country.

As cases surge, hospitals are running out of critical sedatives. As a result, some doctors have reported diluting what supplies remain and even tying patients to their beds while breathing tubes are pushed down their throats.

The slow vaccine rollout has crushed Brazilians’ pride in their own history of carrying out substantial immunization campaigns that were the envy of the developing world.

Taking cues from President Jair Bolsonaro, who has likened the virus to little more than the flu, his Health Ministry bet big on a single vaccine for months, ignoring other producers. When bottlenecks emerged, it was too late to get large quantities in time.

How to Save on Your Electricity