GitLab 14 aims to do away with DIY DevOps toolchains

GitLab is moving forward to the next evolution of DevOps in the release of GitLab 14. According to the company, many DevOps teams use so-called “DIY DevOps” toolchains built with parts not designed to work together, leading to silos, lack of visibility, and maintenance challenges.

This latest iteration of the GitLab platform aims to eliminate this notion and provide companies with advanced DevOps capabilities that allow developers to build software with velocity, trust, and visibility.

One new feature in GitLab 14 is Epic Boards, which allows teams to continuously communicate the status of epics and visualize and refine them in one place using a drag-and-drop interface. 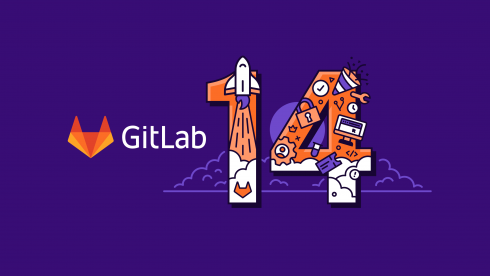 This release also streamlined the top menu so that developers can get to what they need in fewer clicks. It consolidates functionality from previous Projects, Groups, and More menus; gives easy access to projects, groups, and instance-level features; and has responsive views for improving navigation on different screen sizes.

Another UI redesign in GitLab 14 is of the sidebar. According to the company, as more and more features have been added to GitLab, the left sidebar has become more packed and less intuitive. It has now been reorganized to improve usability, consistency, and discoverability. Certain features have been moved, the Operations menu has been split into three menus, visual contrast has been enhanced, and spacing has been optimized to better fit menu items on smaller screens. “These changes are intended to better match your mental model of the DevOps lifecycle and provide a more predictable and consistent experience while navigating within your projects and groups,” Darren Eastman, senior product manager at GitLab, wrote in a post.

Other new features in GitLab 14 include:

A complete list of new features is available in the release notes.

Counterpoint Research: ‘1 in 4 mobiles sold globally was purchased online in 2020’