Ford Motor Company will open a $185 million R&D battery lab to develop and manufacture battery cells and batteries, which is the first step toward the automaker possibly making battery cells in-house. The facility comes as yet another signal to consumers and other automakers that the auto giant is no longer hedging its bets on the transition to battery electric vehicles.

Company executives declined to provide a timeline on when Ford might scale its battery manufacturing. Still, the company intends this facility to lay the groundwork for such a future. 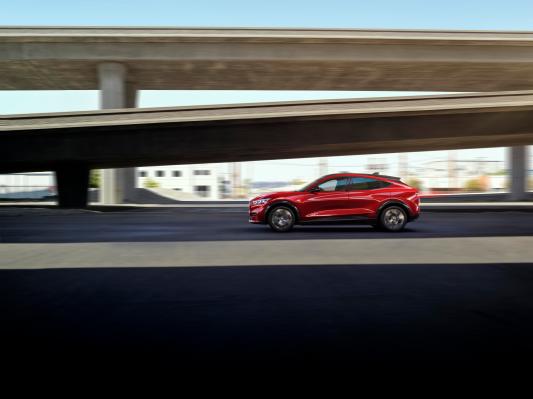 The Ford Ion Park will be based in southeast Michigan and home to more than 150 employees across battery technology development, research, and manufacturing. The facility will likely be around 200,000 square feet and will open at the end of 2022. The facility will be supported by Ford’s batteries benchmarking test laboratories in nearby Allen Park, Michigan, which is already testing battery cell construction and chemistries. Also nearby are Ford’s product development center in Dearborn and Ford’s battery cell assembly and e-motor plant in Rossville.

The new facility will be led by Anand Sankaran, currently Ford’s director of electrified systems engineering. He described it as a “learning lab” to create both “lab-scale and pilot-scale assembly of cells,” including next-gen lithium-ion and solid-state batteries.

Ford is thinking about the transition to BEVs in phases, Hau Thai Tang, Ford’s chief product platform and operations officer explained. Ford works with external supplier partners when BEVs are being purchased mainly by early adopters in this first phase. The company is now preparing for phase two when Ford will bring more products to market and BEVs take more of the market share. “So in preparation for that next transition into the second phase, we want to give Ford the flexibility and the optionality to eventually vertically integrate,” Tang said.

“Our plan to lead the electric revolution will certainly be dependent on the progress that we make on battery energy density, as well as cost,” Tang told reporters Tuesday.

“The formation of the Ford Ion Park team is a key enabler for Ford to vertically integrate and manufacture batteries in the future,” Tang said. “This will help us better control our supply and deliver high-volume battery cells with greater range, lower cost, and higher quality.”

This would be a massive boost for domestic manufacturing of battery cells, dominated by companies based in Asia, such as Panasonic (Tesla’s leading supplier), South Korea-based LG Chem, and SK Innovation, Ford’s current battery cell supplier. Executives said the global pandemic and the semiconductor shortage have highlighted the importance of having a localized and domestically controlled supply chain.

“We know in terms of batteries, it’s a very capital-intensive business to be in,” Tang said. “The best tier-one suppliers in the world spend a large amount of their revenue on R&D spending, and then the capital expenditure required to build and stand up battery plants is quite high. So as we think about this, the scale and volume that we would need to have dedicated sites for Ford is a big consideration, and we’ve talked about how bullish we see this transition happening. We’re at a point where now, there’s sufficient scale for us to entertain having greater levels of vertical integration at some point.”