Yesterday, enterprise computing corporation Zebra Technologies announced its plan to acquire Fetch Robotics. The San Jose-based startup has been a mainstay in warehouse and fulfillment robotics for years, offering a modular system designed to automate companies behind the scenes.

The deal is valued at $305 million, with Zebra acquiring the remaining 95% of the company for $290 million. It comes as interest in the category is at an all-time high, following widespread labor shortages during the pandemic. After the news broke, we sat down with Fetch co-founder and CEO Melonee Wise to discuss the deal and the future of warehouse robotics. 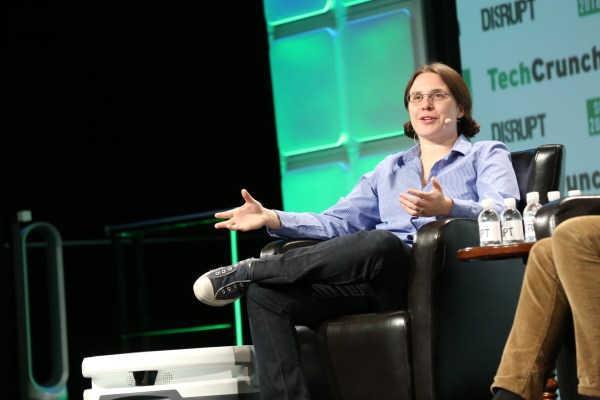 Summary show
Why was this acquisition the right move for Fetch?
Will the Fetch brand remain? Will the company stay in San Jose? Are you waiting on board?
Have you been approached about the acquisition in the past?
What does it mean to be too early?
Is additional international expansion part of the plan?

Why was this acquisition the right move for Fetch?

When you look at it, we’ve been building a pretty compelling cloud robotics platform over the last seven years. About two years ago, Zebra invested in Fetch, and we started working together through our partnership. One of the first things we did was integrate their mobile computing devices for an out-of-the-box experience on our cloud robotics platform. When our customers got robots, they could take the hand scanner they already had today, scan a barcode and call a robot to them.

As we were fundraising for our Series D, this opportunity came out of that. When you look at it, we’ve had a good relationship with them over the last couple of years. With the pandemic, there’s been a massive draw for more and more automation technology. Before the pandemic, there were already labor shortages for warehouses and logistics, and the pandemic only exacerbated it. One of the other great things about us joining Zebra is that they have a robust go-to-market engine and can amplify our sales capability. They’re already in all of the customers we want to be working with. It helps us reach a much broader, more comprehensive, and deeper audience.

I’d assumed Fetch was an excellent potential candidate for an acquisition, but I’d always imagined it would be something like a Walmart looking to compete with Amazon robotics. I suspect that you’ve been approached by companies over the years. Why does this kind of acquisition make more sense, ultimately?

I think the acquisition made sense because it aligns with more of our long-term vision. When we built our platform, we built it to be unifying. Not just our robots. Over the years, we’ve been slowly bringing in other partners to the forum. We have a partnership with SICK; we have partnerships with other MWS providers like VARGO. That isn’t going to change. We’re still going to be partner-friendly, and we’re still going to bring other devices into the ecosystem. When you look at the options and the opportunities, this was an excellent opportunity and was well aligned with the team we wanted to build.

I know Zebra has developed their own robot and invested in other robotics companies. Are you the cornerstone of an ecosystem play? Is this Zebra building a robotic retail and fulfillment ecosystem around Fetch?

Yes, that so far has been the discussion. It’s still evolving. I don’t have all the details for you, obviously. And of course, we still have 30 days or 35 days ‘till closing, so we’re still operating as independent businesses. In terms of the vision of how we’re thinking about it, Zebra is very excited to kind of make Fetch the centerpiece of this whole new offering that they’re building out. It’s a high strategic priority for them.

Will the Fetch brand remain? Will the company stay in San Jose? Are you waiting on board?

The Fetch is not moving. We’re kind of becoming the centerpiece, so they want to keep the team together in San Jose. My plan is to stay. We’re still working out the details [ … ]. Fetch has a powerful brand, and so how do we get the best of both worlds.

Is acquisition something that a company like Fetch works toward? Do you consider it to be kind of an inevitability?

I think it’s complicated. When I started the company, I never really planned on anything. I just wanted to go build something. I mean that in the most sincere way. I wanted to go make something and not fail. And the question is, what does not failing look like? I think the facts are that in the last 20-something years, almost no robotics company has IPO’ed. We’re starting to see SPACS, but there hasn’t been a robotics company that’s IPO’ed through the traditional route.

I would say that if you were to ask me on any given day, what I thought the probability of IPO versus acquisition, I probably would have said purchase because there’s just not a history of robotics companies IPO’ing. That’s for lots of reasons. It’s a hardware-intensive business. It takes a lot of technology and investment. Typically, they’re held privately. It’s hard for large corporate entities to have the P&L to invest in this deep technology. I think that’s starting to change. And I now believe that there are SPACs. You’ll see a lot changing in that regard. But I would say you’re still going to see more acquisitions than you’re going to see IPOs for the next 10 years.

Have you been approached about the acquisition in the past?

Yeah. In the past, we had been, but many times before, it was just too early.

What does it mean to be too early?

Is additional international expansion part of the plan?

Yeah. We’re in several companies in Europe. We’re in APAC and expanding in that region. Right now, we aren’t placing any large bets in any of those countries. We’re waiting to see how the market develops, but we’re looking to expand.

Radico Khaitan to focus on premium brown spirits in FY22

5 factors that can make or break...