WASHINGTON (Reuters) ― President-elect Joe Biden’s goal of delivering 100 million doses of COVID-19 vaccine within the first 100 days of his presidency “is absolutely a doable thing,” Anthony Fauci, director of the National Institute of Allergy and Infectious Diseases, said on Sunday.

Fauci, speaking on NBC’s “Meet The Press,” said two new vaccines under development by AstraZeneca and Johnson & Johnson could “very soon” be presented to U.S. regulators for approval, which would increase the pace of vaccinations. “We’re weeks away, not months away, for sure,” he said. 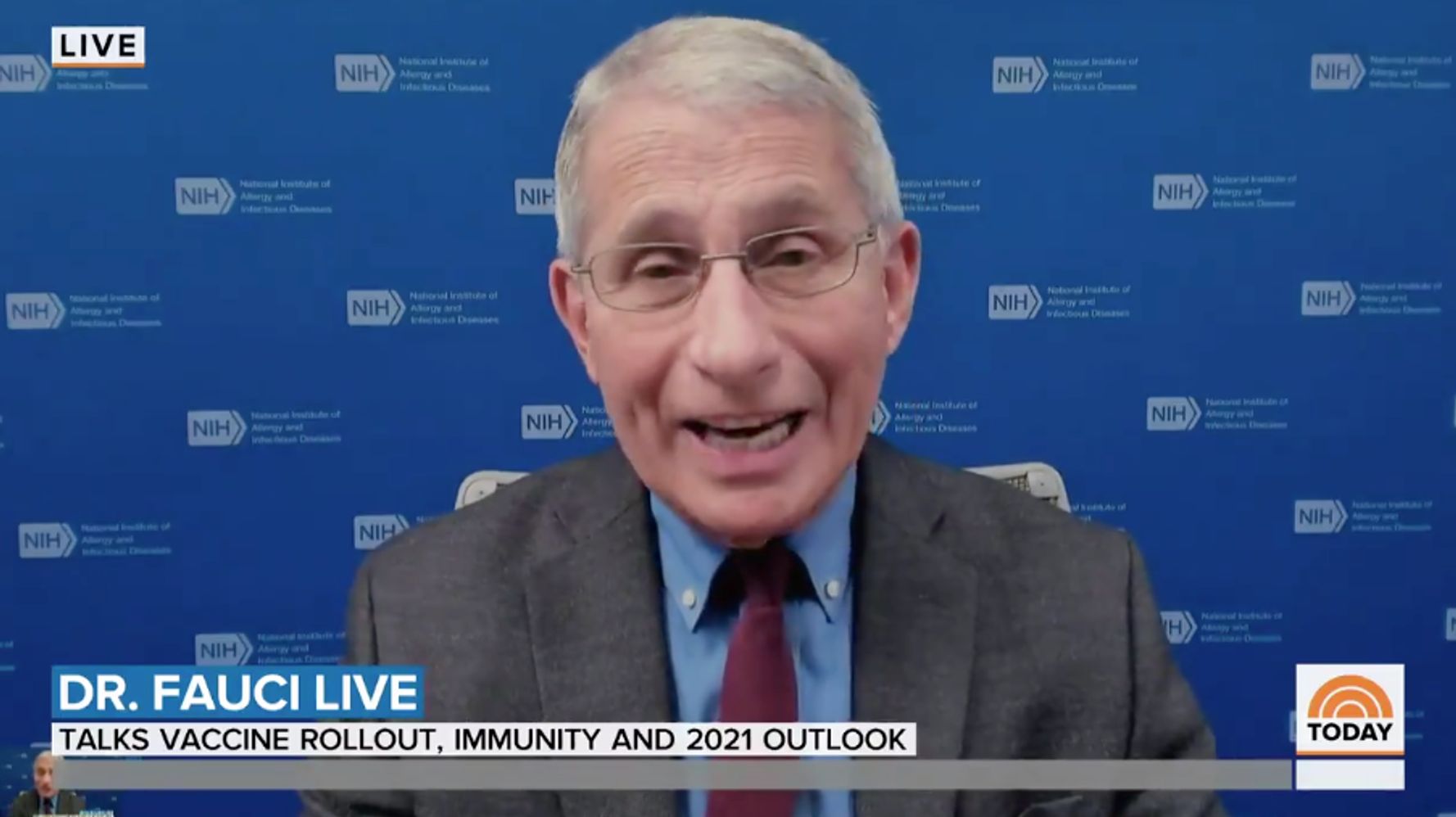 He said more vaccinations ― coupled with mask-wearing and avoiding crowds ― would be the best way for the United States to tackle the coronavirus’s new, more infectious strain.

“If we can get the overwhelming majority of the population vaccinated, we’d be in excellent shape and could beat even the mutant,” he said.

Are you still optimistic that we can get 100 million doses in 100 days? –@craigmelvin I believe strongly that it’s doable. -Dr. Anthony Fauci pic.twitter.com/lexhoBpYV5

Fauci’s remarks came amid criticism of the pace at which the United States is administering vaccines for a disease that has killed more than 390,000 people in the country. About 10.6 million Americans have so far been vaccinated, nearly half as many as President Donald Trump’s administration hoped would have received injections by the end of 2020.

Biden has said ramping up the pace of vaccinations will be one of his top priorities when he takes office on Wednesday.

“One thing that’s clear is that the issue of getting 100 million doses in the first 100 days is absolutely a doable thing,” Fauci said. “The feasibility of his goal is apparent. There’s no doubt about that that that can be done.” Calling all HuffPost superfans Sign up for membership to become a founding member and help shape HuffPost’s next chapter.

20 Things From Amazon That’ll Help You...