Before becoming a fixture of COVID-19 news coverage, Dr. Anthony Fauci was best known for his work to combat the AIDS crisis, which emerged not unlike the coronavirus as a mysterious and alarming new sickness in the late 1970s.

Saturday marks 40 years since the Centers for Disease Control and Prevention identified the first cases of AIDS in the nation: five men ranging in age from 29 to 36, described as “active homosexuals” living in the Los Angeles area. Four had no previous health troubles. 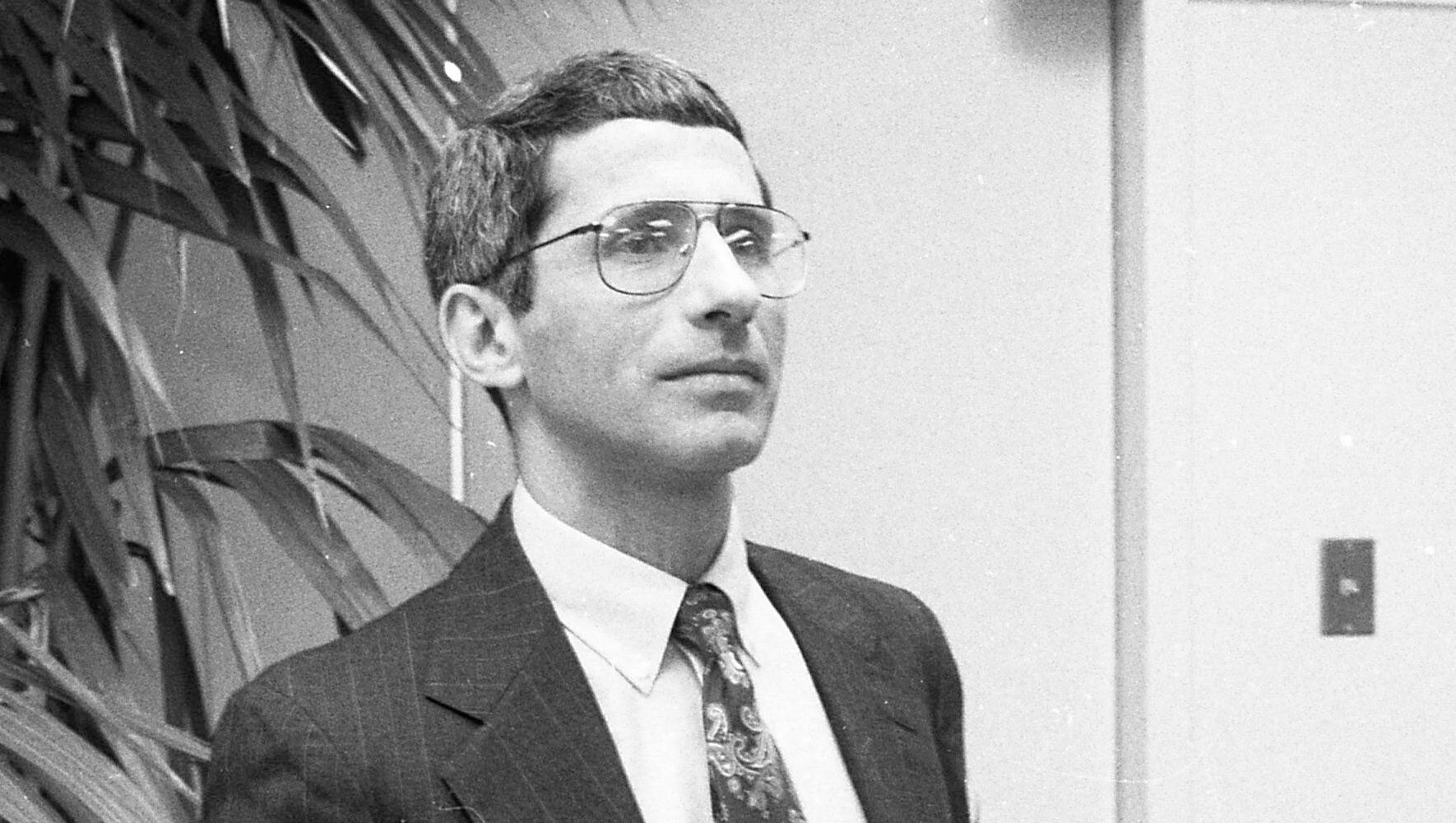 The agency’s weekly mortality and morbidity report, dated June 5, 1981, called their affliction “unusual” and suggested that “some aspect of a homosexual lifestyle” contributed to their shared condition. The patients were found to have a rare form of pneumonia generally limited to people with severe immunosuppression.

“I said, ‘I don’t know what’s going on here, but this is a new disease,'” Fauci told ABC News in a recent interview. The report, he said, gave him “chills.”

At the time, he had recently been appointed to head up the Laboratory of Immunoregulation at the National Institutes of Health, which would later elevate him to a director. Fauci has now led the NIH for 37 years.

While the report’s language hints at the homophobia that characterized the first decade of the crisis, its hypothesis that the disease could be sexually transmitted would later prove accurate. (It can also be transmitted through blood, including through the use of contaminated needles.)

Eventually, much of Fauci’s job became caring for AIDS patients. “I went from [being] a person who was seeing patients with other diseases and developing cures and adequate therapies for them in the early part of my career to every day taking care of people who inevitably were going to die,” he told CNN’s Elizabeth Cohen in an interview released Saturday.

The time it took for NIH researchers to develop effective treatments for AIDS patients were “the dark years of my life and career,” Fauci said in 2016, “because almost every single one of my patients died. And that was a terrible feeling.”

The FDA approved the first medication for AIDS, AZT, in 1987. But it took almost another decade for researchers to arrive at highly effective treatment, called highly active antiretroviral therapy (HAART), that combined multiple drugs. Researchers are still working on an AIDS vaccine.

In the early part of the crisis, both Fauci and the NIH were berated by LGBTQ rights activists for not moving quickly enough to bring experimental therapeutics to patients. The doctor remarked on the criticism in an interview with NPR’s Terry Gross earlier this year, recalling a meeting he once had with 50 to 100 activists in New York City’s Greenwich Village.

“They were angry with the federal government because they felt that the federal government was not listening to them. And they were right; I mean, I think they had a perfect point,” Fauci told Gross, explaining how he came to think of the activists ― one of whom called him a murderer and an “incompetent idiot” on the front page of the San Francisco Examiner. Others held demonstrations outside the NIH offices in Bethesda, Maryland. Dr. Anthony Fauci attended the National AIDS Update Conference as it met at the San Francisco Civic Auditorium in October 1989.

Globally, AIDS has claimed more than 32 million lives, including over 700,000 Americans, including the first five patients.

In the CNN interview, Fauci said parallels were drawn between the AIDS crisis and today’s coronavirus crisis. “The thing that came to the rescue were medical interventions that resulted from years of investment … and clinical biomedical research. Some of the science and technologies that went into the efforts ― albeit unsuccessful, thus far ― for a vaccine for HIV was very important in paving the way for us to get a highly successful vaccine for COVID-19,” he said.

President Joe Biden acknowledged the 40-year mark since the first CDC report on U.S. AIDS patients on Saturday in a statement calling the crisis “heartbreaking.”

The president called on Americans to “rededicate ourselves” to reducing HIV infections and AIDS-related deaths, adding, “We must provide moral leadership to eradicate the stigma and discrimination still faced by those living with HIV, rededicating ourselves to continuing the vital work of ending this epidemic once and for all.” Calling all HuffPost superfans. Sign up for membership to become a founding member and help shape HuffPost’s next chapter.

At 40th Anniversary Of First AIDS Report, Strides Are Stymied By COVID-19

I Wasn’t Prepared For How Depressed I...