EXPLAINER: How dangerous is the Fukushima nuke plant today?

OKUMA, Japan — A massive tsunami crashed into the Fukushima Daiichi nuclear power plant a decade ago. Three of its reactors melted down, leaving it looking like a bombed-out factory. Emergency workers risked their lives trying to keep one of history’s worst nuclear crises from spiraling out of control.

Proper equipment has now replaced ragged plastic hoses with tape and an outdoor power switchboard infested by rats, which caused blackouts. Radiation levels have declined, allowing workers and visitors to wear regular clothes and surgical masks in most areas. 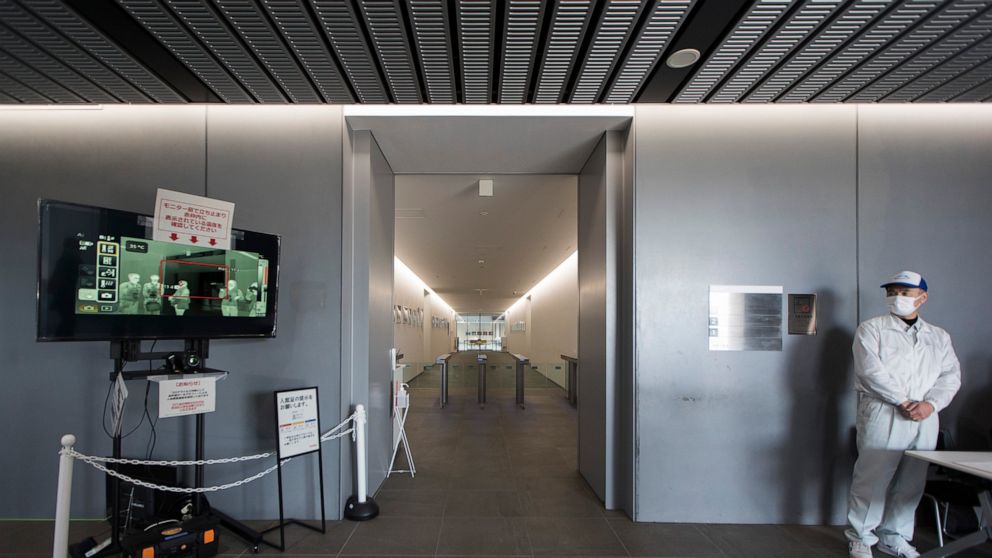 But deep inside the plant, danger still lurks. Officials don’t know precisely how long the cleanup will take, whether it will be successful and what might become of the land where the plant sits. Journalists from The Associated Press recently visited the plant to document progress in its cleanup on the 10th anniversary of the meltdowns and the challenges that lie ahead.

Summary show
WHAT HAPPENED 10 YEARS AGO?
WHAT’S INSIDE THE MELTED REACTORS?
ARE THERE UNDERGROUND LEAKS?
WHAT WILL HAPPEN TO THE STORED RADIOACTIVE WATER?
WHAT’S IT LIKE TO VISIT THE PLANT?
WHAT’S THE ENDGAME?

WHAT HAPPENED 10 YEARS AGO?

After a magnitude 9.0 earthquake on March 11, 2011, a tsunami 17 meters (56 feet) high slammed into the coastal plant, destroying its power supply and cooling systems and causing meltdowns at reactors No. 1, 2 and 3.

The plant’s three other reactors were offline and survived. However, a fourth building, along with two of the three melted reactors, had hydrogen explosions, spewing massive radiation and causing long-term contamination in the area.

The plant’s operator, Tokyo Electric Power Co., says the tsunami couldn’t have been anticipated. Still, reports from government and independent investigations and recent court decisions described the disaster at the plant as human-made and a result of safety negligence, lax oversight by regulators and collusion.

WHAT’S INSIDE THE MELTED REACTORS?

About 900 tons of melted nuclear fuel remain inside the three damaged reactors, and its removal is a daunting task that officials say will take 30-40 years. Critics say that’s overly optimistic.

Separate efforts to remove spent fuel from cooling pools inside the reactor buildings were hampered by high radiation and debris and delayed for up to five years. If the plant’s pools lose their cooling water in another significant quake, exposed fuel rods could quickly overheat and cause an even worse meltdown.

The melted cores in Units 1, 2, and 3 mostly fell to the bottom of their primary containment vessels, penetrating and mixing with the concrete foundation, making removal extremely difficult.

Remote-controlled robots with cameras have provided only a limited view of the melted fuel in areas still too dangerous for humans to go. Plant chief Akira Ono says the inability to see what’s happening inside the reactors means that details about the melted fuel are still largely unknown.

ARE THERE UNDERGROUND LEAKS?

Since the disaster, contaminated cooling water has constantly escaped from the damaged primary containment vessels into the reactor building basements, where it mixes with groundwater that seeps in. The water is pumped up and treated. Part is recycled as cooling water, with the remainder stored in 1,000 huge tanks crowding the plant.

Early in the crisis, TEPCO says that highly contaminated water leaked from damaged basements and maintenance ditches escaped into the ocean, but the main leakage points have been closed. Tons of contaminated sandbags filled with a material used to reduce cesium in the highly radioactive water early in the disaster remain in two basements.

Scientists say that tiny amounts of radiation have continued leaking into the sea and elsewhere through underground passages, though the amount today is small and fish caught off the coast are safe to eat.

WHAT WILL HAPPEN TO THE STORED RADIOACTIVE WATER?

The 1,000 tanks filled with treated but still radioactive water tower over workers and visitors at the plant. TEPCO says the tanks’ 1.37 million ton storage capacity will be complete in 2022. A government panel’s recommendation that the water is released into the sea faces fierce opposition from local residents, especially fishermen concerned about further damage to the area’s reputation. A decision on that recommendation is pending.

TEPCO and government officials say tritium, which is not harmful in small amounts, cannot be removed from the water. Still, all other isotopes selected for treatment can be reduced to safe levels for release. TEPCO has managed to cut the amount of contaminated water to one-third of what it used to be through a series of measures.

The first thing visitors see is a modern office building that holds the TEPCO decommissioning unit. Plant workers — about 4,000 per day now — go through automated security checkpoints and radiation measurements in another building.

Because radiation levels have fallen significantly following decontamination, complete protection gear is only needed in a few places in the plant, including in and around the melted reactor buildings.

Full protection gear, which means hazmat coveralls, a full-face mask, a head cover, triple socks and double rubber gloves, was required at a shared storage pool where fuel relocation from the No. 3 reactor pool was recently completed.

A decade after the accident, Japan doesn’t yet have a plan to dispose of the highly radioactive melted fuel, debris and waste at the plant. Technology also isn’t advanced enough yet to manage the waste by reducing its toxicity.

TEPCO says it needs to get rid of the water storage tanks to free up space at the plant so workers can build facilities that will be used to study and store melted fuel and other debris.

There are about 500,000 tons of solid radioactive waste, including contaminated debris and soil, sludge from water treatment, scrapped tanks, and other junk.

It’s unclear what the plant will look like when the work there is done. Local officials and residents say they expect the complex to one day be open space where they can walk freely. But there’s no clear idea if or when that might happen. Tokyo correspondent Mari Yamaguchi has visited the Fukushima nuclear plant nine times, starting in 2012.