The original Bose Sleepbuds was not exactly a rousing success. Long-term testing revealed inconsistent battery life, random shut-offs, and unreliable Bluetooth. But the company claims it has fixed those problems and landed on a product that should please its demanding customers.

Brian Oh, our senior video producer here at Engadget, and I have been testing the new $250 Bose Sleepbuds 2 to see if they can help us rest a little easier at night. 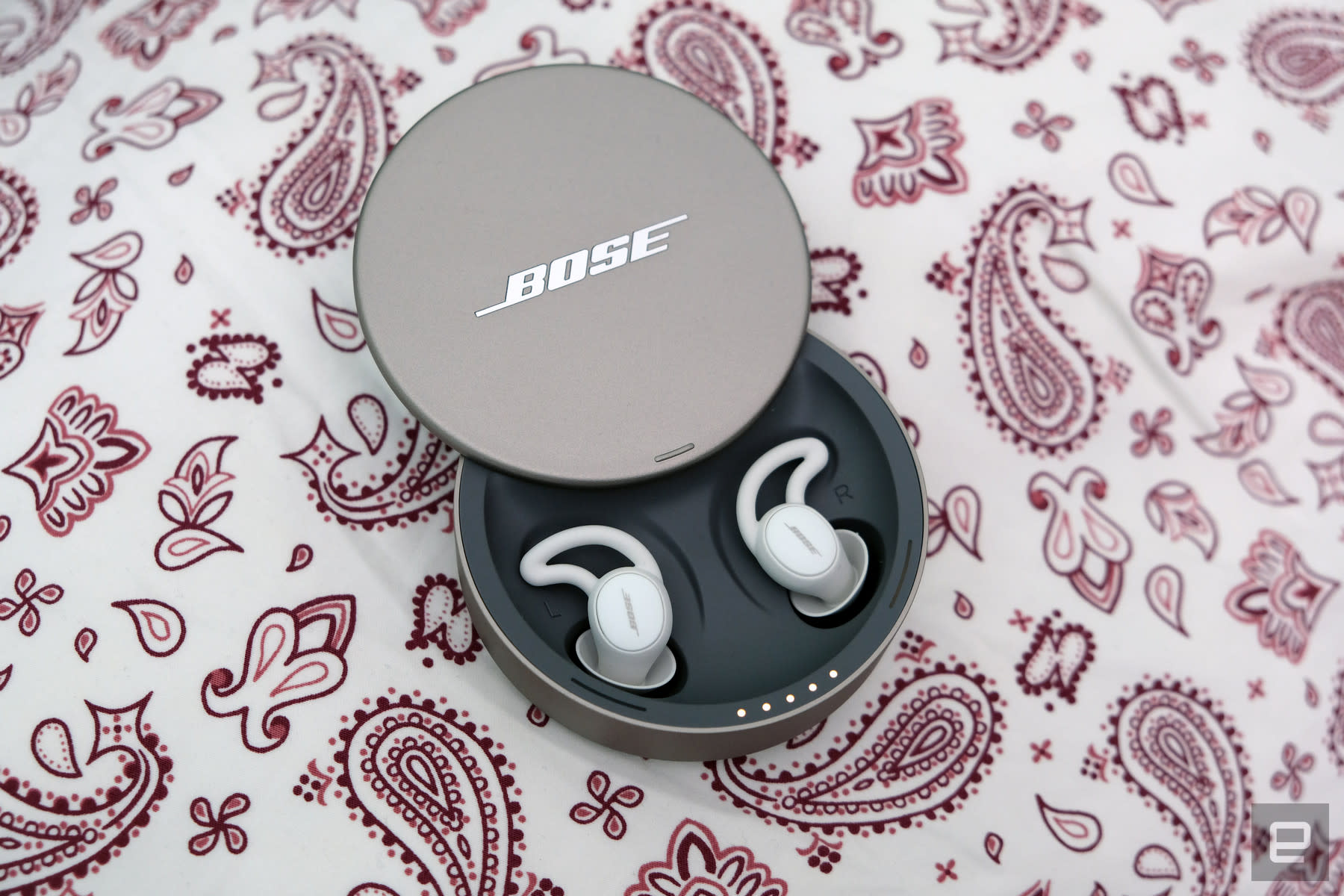 My wife is an incredibly light sleeper; she requires absolute silence. If I get out of bed to use the bathroom in the middle of the night, she shoots up like someone just kicked in the front door. So, I’ve tried to wear earbuds to bed before since our sleeping habits are so different, but I just can’t do it. I had no problem passing out with the Sleepbuds in my ears, though.

As the night drags on things, get a little different.

Brian, for instance, is a side sleeper, and while he found the buds comfortable enough in a vacuum, he had to position his pillow just right so that it wasn’t shoving them deeper into his ear and disrupting his sleep.

So, for short periods in a controlled environment, the Sleepbuds 2 are incredibly comfortable. But, in actual use, it’s a bit of a mixed bag.

The same is true of the sound selection. It took Brian and me a few nights to find the sounds that worked for each of us. He preferred the steady hum of the Warm Static under the Noise Masking category, while I was drawn to the ambient drones of Wanderlust found in the Tranquilities section.