After returning from the edge of space, Jeff Bezos has personally waded into Blue Origin’s dispute with NASA over its decision to award a $2.9 billion lunar lander contract to Elon Musk’s SpaceX. In an open letter to NASA Administrator Bill Nelson, Bezos said his company is willing to waive up to $2 billion in payments from NASA in the current and next two federal fiscal years in return for a fixed-price lander contract. Bezos said Blue Origin is also willing to fund its own pathfinder mission to low-Earth orbit. “This offer is not a deferral but is an outright and permanent waiver of those payments,” Bezos said in the letter. “This offer provides time for government appropriation actions to catch up.” 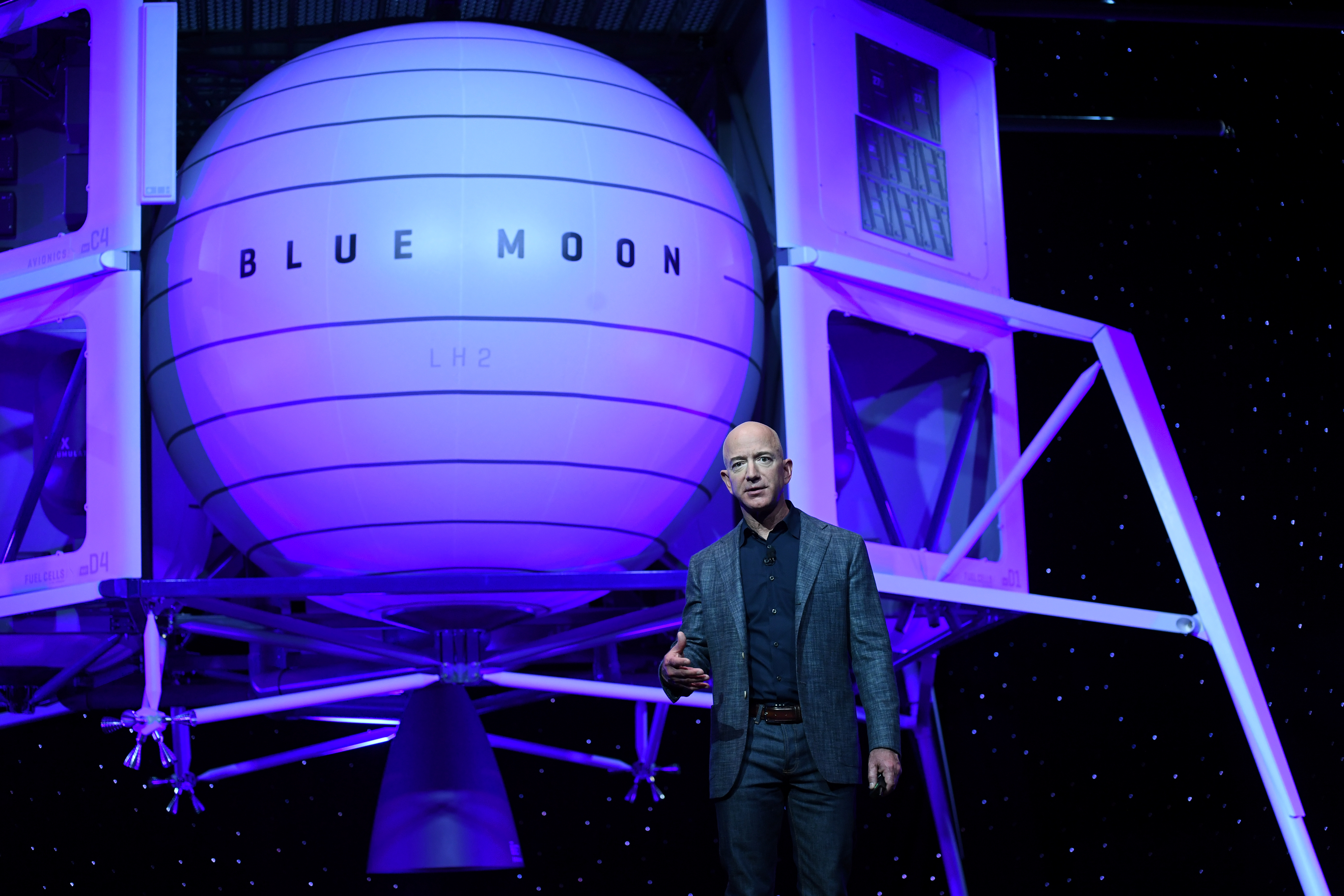 While Bezos spends a significant part of his letter talking about Blue Origin’s commitment to “advance America’s future in space,” his offer isn’t altruistic. At the heart of it is the belief that NASA unfairly excluded his company from a lucrative and prestigious contract. When it comes to its most important projects, NASA has historically handed out agreements to multiple contractors to promote competition and ensure it can get a mission off the ground on time if one company falls behind schedule. NASA didn’t do that in its latest procurement, and Blue Origin filed a protest with the federal government shortly after that.

At the time, a Blue Origin spokesperson told Engadget NASA “executed a flawed acquisition for the Human Landing System program and moved the goalposts at the last minute.” That’s something Bezos reiterates in his letter. “Instead of investing in two competing lunar landers as originally intended, the Agency chose to confer a multi-year, multi-billion-dollar head start to SpaceX,” the former Amazon CEO said. “That decision broke the mold of NASA’s successful commercial space programs by putting an end to the meaningful competition for years to come.”

It’s hard to say how NASA will respond to the open letter. The Human Landing System project can’t move forward while the US Government Accountability Office reviews the protest from Blue Origin. Notably, this isn’t the first time a Bezos-affiliated company has got itself into a contract dispute with the US government. In 2019, Amazon challenged the Department of Defense’s decision to award Microsoft its $10 billion Joint Enterprise Defense Infrastructure (JEDI) cloud contract. After a nearly two-year-long legal battle, the Pentagon canceled that project at the start of July in favor of a new multi-vendor project that will hand out work to Amazon and Microsoft.