Biden move to share vaccine designed to spread US influence

WASHINGTON — It won’t speed the manufacture of vaccines. It enraged the developers who delivered lifesaving doses in record time. But President Joe Biden’s decision to support waiving intellectual property rights for coronavirus shots had a broader purpose: to broadcast his administration’s commitment to global leadership.

More than a month of internal debate led to Biden’s decision to endorse international calls to strip patent protections for vaccines this week. 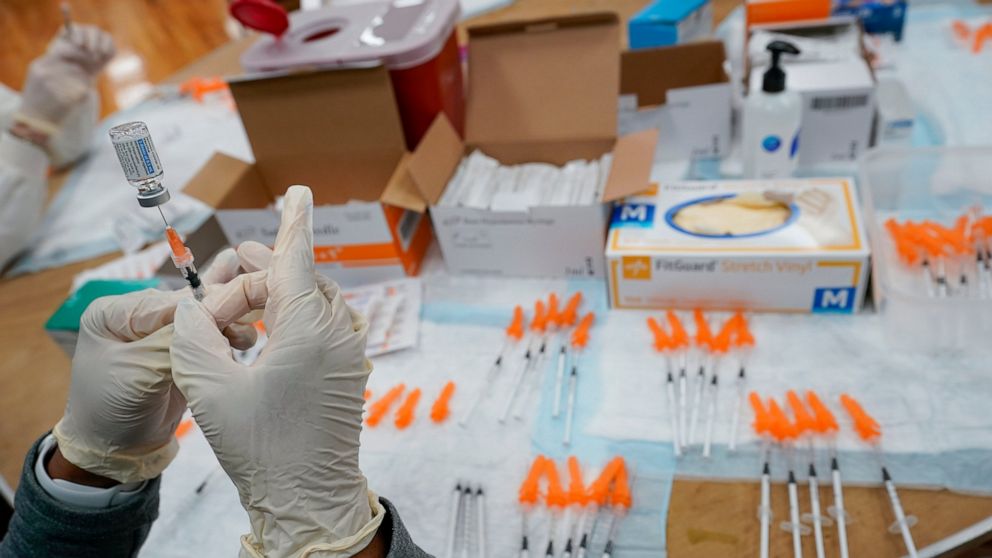 The policy shift, embraced by many charitable service organizations worldwide and liberals at home, wasn’t new. Biden endorsed it during his campaign for the White House. But the idea was the subject of pitched discussions inside the administration over how best to bring the pandemic to an end while restoring U.S. influence abroad.

In the best case, officials acknowledge it will take at least a year for any additional vaccines to be produced due to the change. Key European leaders are adamantly opposed to the waivers, and securing the critical consensus at the World Trade Organization may never happen.

The specialized production, particularly of the cutting-edge mRNA vaccines made by Pfizer and Moderna, would take even longer. Moreover, the matter could become less pressing if vaccine manufacturers can produce enough to satisfy international demand themselves.

To Biden, White House officials said, that’s largely beside the point, as officials cast the decision as indicative of the president’s efforts to return the U.S. to the position of leadership after four years of unilateralism and protectionism under former President Donald Trump.

“This is a global health crisis, and the extraordinary circumstances of the COVID-19 pandemic call for extraordinary measures,” U.S. Trade Representative Katherine Tai said Wednesday in announcing the move.

The announcement was met with surprise and disappointment by some of Biden’s closest European allies. German Chancellor Angela Merkel quickly weighed in against it, with a government spokesman saying it would cause “severe complications” for the production of vaccines.

The timing of the decision also blindsided the vaccine companies, which had aggressively discouraged the administration from making a choice they felt would hurt American producers. Officials noted, however, that Tai held more than two dozen meetings with stakeholders, including the drug makers.

Commerce Secretary Gina Raimondo also opposed the plan but was excluded from the final meeting; two people familiar with the decision-making process but not authorized to speak publicly about private deliberations said on condition of anonymity. Other White House officials highlighted the practical limitations of Biden’s decision, but the symbolism won the day.

Trade groups warned it could curtail future investment in lifesaving drugs, and vaccine manufacturers and some Republican lawmakers warned it would amount to a giveaway of American technological know-how to China. Vaccine manufacturing historically has not been a huge profit driver for drugmakers.

“The Chinese Communist Party is already celebrating this gift from President Biden,” tweeted Arkansas Sen. Tom Cotton, as he highlighted a comment from a Chinese official praising Biden’s action.

A vaccine manufactured by a Chinese company was given emergency use authorization Friday by the World Health Organization, potentially creating a pathway for millions of the doses to reach impoverished countries through a U.N.-backed program rolling out coronavirus vaccines.

The decision by a WHO technical advisory group — a first for a Chinese vaccine — opens the possibility that Sinopharm’s offering could be included in the U.N.-backed COVAX program in coming weeks or months and distributed through UNICEF and the WHO’s Americas regional office.

But U.S. vaccine manufacturers also warned that the Biden administration’s move could hurt the global supply of shots in the near to medium term.

They’ve argued that the primary obstacle to vaccine production remains production bottlenecks and shortages of the specialized supplies needed to make the shots. This challenge could become more acute if other countries hoard them in anticipation of trying to make their own doses at home. The Pfizer vaccine, for instance, has more than 200 components, many of which are in demand around the world.

Some in the Biden White House, in addition to noting that the president pledged to do this during the campaign, also believe that it creates a low-stakes political victory. They said the decision, which has been applauded by some on the left, is good Democratic politics and that few will be outraged on behalf of the drug companies, even though those firms have been praised as heroes of the pandemic.

White House aides maintain that Biden’s action is limited to COVID-19 vaccines because of the scale of the pandemic. Still, some progressives who have pushed to have the government regulate the price of prescription drugs saw an opening.

“Here’s why Pharma’s really really whining about the COVID vaccine patents: the government might finally have the spine to lower drug prices here at home,” tweeted Massachusetts Sen. Elizabeth Warren on Friday. “And it should.”

““President Biden can lower drug prices by producing drugs like insulin, naloxone, and EpiPens at low costs,” she said. “And he doesn’t need Congress to do it — he can use existing compulsory licensing and march-in authorities to bypass patents for public health needs.”

The debate over the inoculations comes as the administration sets a new goal to deliver at least one shot to 70% of adult Americans by July Fourth. Biden tackles the vexing problem of winning over the skeptics and those unmotivated to get vaccinated.

Demand for vaccines has dropped off markedly nationwide, with some states leaving more than half their allotment of doses unordered. More than 56% of American adults have received at least one dose of a COVID-19 vaccine, and nearly 105 million are fully vaccinated. The U.S. is currently administering first doses at about 965,000 per day — half the rate of three weeks ago, but almost twice as fast as needed to meet Biden’s target.

How Hummingbirds Hover at the Edge of the Possible – Brain Pickings