Most Americans who haven’t been vaccinated against COVID-19 say they are unlikely to get the shots and doubt they would work against the aggressive delta variant despite evidence they do, according to a new poll that underscores the challenges facing the public health officials amid soaring infections in some states. 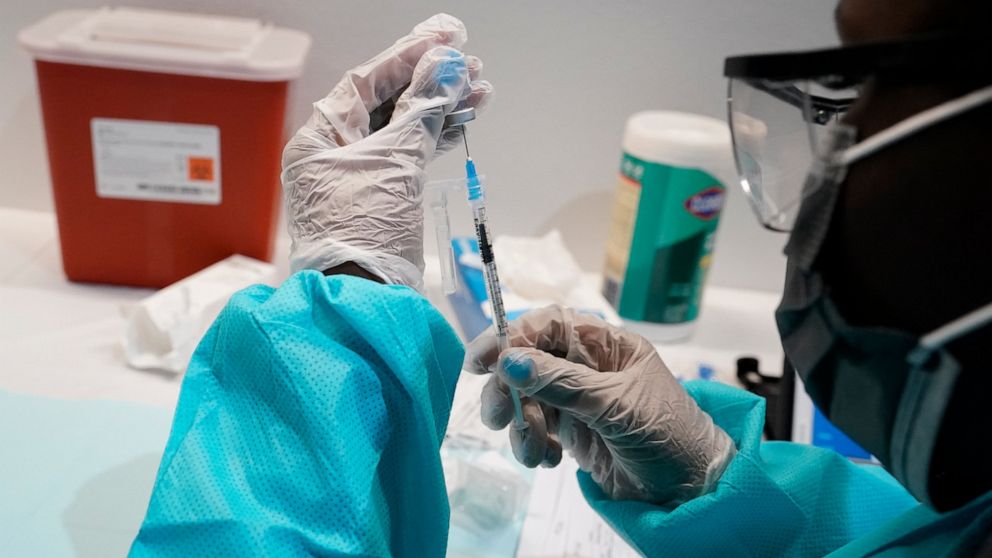 What’s more, 64% of unvaccinated Americans have little to no confidence the shots are effective against variants — including the delta variant that officials say is responsible for 83% of new cases in the U.S. — despite evidence that they offer strong protection. In contrast, 86% of those who have already been vaccinated have at least some confidence that the vaccines will work.

“We always knew some proportion of the population would be difficult to persuade no matter what the data showed, (and) a lot of people are beyond persuasion,” said Adalja. He echoed Centers for Disease Control and Prevention Director Rochelle Walensky in calling the current surge “a pandemic of the unvaccinated” because nearly all hospital admissions and deaths have been among those who weren’t immunized.

THIS WEEK, the AP-NORC survey was conducted before several Republicans, and conservative cable news personalities urged people to get vaccinated after months of stoking hesitancy. That effort comes as COVID-19 cases nearly tripled in the U.S. over the past two weeks.

Nationally, 56.4% of all Americans, including children, have received at least one dose of the vaccine, according to the CDC. And White House officials said Thursday that vaccinations are beginning to increase in some states where rates are lagging behind and COVID-19 cases are rising, including in Arkansas, Florida, Louisiana, Missouri, and Nevada.

Still, just over 40% of Louisiana’s population has received at least one dose, and the state reported 5,388 new COVID-19 cases Wednesday — the third-highest single-day figure since the pandemic began. Hospitalizations also rose steeply in the last month.

Democrats are far more likely than Republicans to say they’re at least somewhat concerned about someone close to them being infected, 70% to 38%.

And overall, Republicans are far more likely than Democrats to say they have not been vaccinated and definitely or probably won’t be, 43% to 10%. Views are also divided along age and education lines: Thirty-seven percent of those under age 45 say they haven’t and likely won’t get the shots, compared with just 16% of those older. And those without college degrees are more likely than those with them to say they aren’t and won’t be vaccinated, 30% to 18%.

Cody Johansen, who lives near Orlando, Florida, considers himself a conservative Republican but said that had no bearing on his decision to skip vaccination.

“It hasn’t really been that dangerous to people in my demographic, and I have a good immune system,” said Johansen, a 26-year-old who installs audio-visual equipment at military bases. “Most of my friends got vaccinated, and they’re a little mad at me for not getting it. There is peer pressure because they say it’s a civic responsibility.”

He said it’s obvious the shots have been effective, though it bothers him a little that they have only emergency use authorization from the Food and Drug Administration.

Johansen said he approves of how President Joe Biden has handled the pandemic response, saying he has exhibited good leadership. That reflects the poll’s findings. A large majority of Americans, 66%, continue to approve of how Biden handles the pandemic — higher than Biden’s overall approval rating of 59%.

The difference is mainly fueled by Republicans, 32% of whom say they approve of Biden’s handling of COVID-19 compared with 15% who approve of him overall. About 9 in 10 Democrats agree with Biden overall and for his handling of the pandemic.

Jessie McMasters, an aerospace engineer near Rockford, Illinois, said she got her first shot at 37 weeks pregnant after talking with her midwife and reading about how the Pfizer and Moderna vaccines were developed.

“That gave me high confidence that they worked,” said McMasters. Her parents both were infected but did not suffer severe illness, and both have since been vaccinated.

She said her friends and family are all over the place regarding their views on vaccination and other virus-prevention measures — often reflecting how such discussions have become partisan. Some who got it are “so far on one end that they may never give up masks because now it’s a personal statement,” said McMasters, who leans Democratic, just as others won’t get the shots because of their political beliefs or misinformation.

Dr. Howard Koh, a professor at the Harvard Chan School of Public Health, said vaccine hesitancy is not new. Still, the misinformation surrounding COVID-19 and the fast-spreading variant make it imperative to reach people one-on-one to understand their concerns and provide accurate information. He called the new surge in infections and deaths “just heartbreaking.”

Webber reported from Fenton, Michigan. Swanson said from Washington. The AP-NORC poll of 1,308 adults was conducted July 15-19 using a sample drawn from NORC’s pNORC’slity-based AmeriSpeak Panel, which is designed to be representative of the U.S. population. The margin of sampling error for all respondents is plus or minus 3.7 percentage points.

What colleges can do after DACA was ruled unlawful